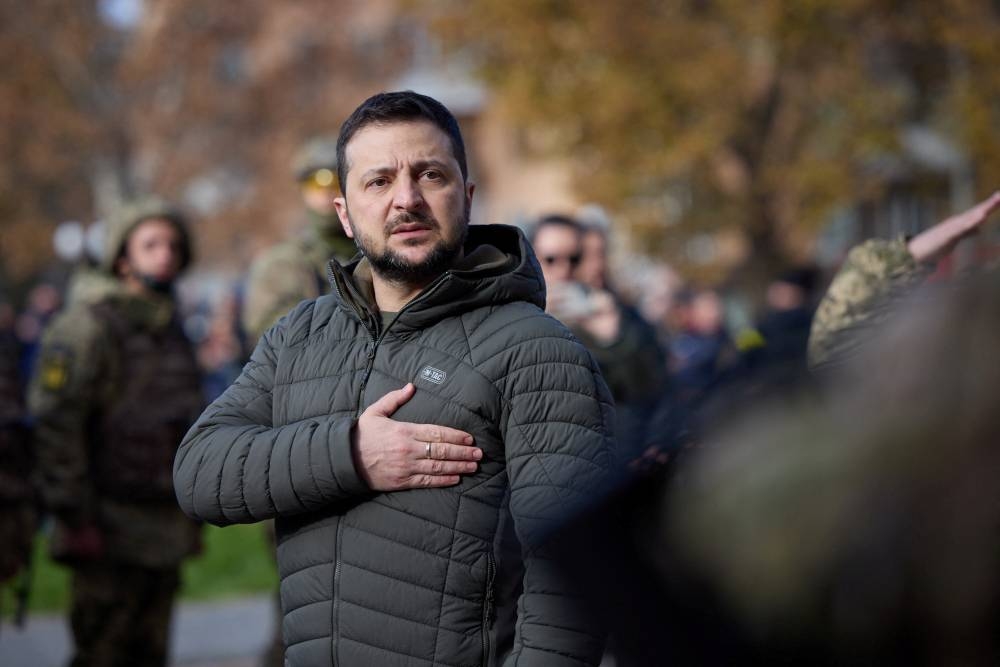 NUSA DUA (Indonesia), Nov 15 — Ukrainian President Volodymyr Zelensky today called on the Group of 20 (G20) major economies meeting in Indonesia to step up their leadership and stop Russia’s war in his country under a peace plan he has proposed.

“We will not allow Russia to wait out and build up its forces,” he said via videolink to the summit on the Indonesia island of Bali, according to a copy of his speech reviewed by Reuters.

“I am convinced that now is the time when Russia’s war must and can be stopped.”

Ukrainian forces have been making advances in recent weeks against Russian troops in the east and south, recapturing last week the city of Kherson, the only regional capital Russia had captured since the February invasion.

Zelensky yesterday visited Kherson, which has become the biggest prize his troops have recaptured, vowing to press on until Ukraine reclaims control of all of its occupied territory.

Zelensky called on the G20 leaders at their summit, including US President Joe Biden and Chinese President Xi Jinping, to adopt a 10-point peace formula and end the war “justly and on the basis of the UN Charter and international law”.

It was not immediately known if Russian Foreign Minister Sergei Lavrov, who headed the Russian delegation to the summit, remained in the room while Zelensky was speaking.

The Ukrainian president, who referred to the G20 as the G19, apparently because he does not consider Russia to be part of it, called for an international conference to “cement key element of the postwar security architecture in the Euro-Atlantic space” and to prevent a recurrence of “Russian aggression”.

“Please, choose your path for leadership — and together we will surely implement the peace formula,” Zelensky said.

Russia calls its action in Ukraine a “special operation” to disarm Ukraine and protect it from fascists. Ukraine and its Western allies say the fascist allegation is baseless and that the war is an unprovoked act of aggression.

Reiterating that Russia must withdraw all its troops from the territory of Ukraine and that there cannot be any territorial concessions on Kyiv’s part, Zelensky also called for all Ukrainian prisoners to be released.

He also called for restoring “radiation safety” with regard to the Zaporizhzhia nuclear power plant where fighting has been taking place, introducing price restrictions on Russian energy resources, and expanding a grain export initiative.

“If Russia opposes our peace formula, you will see that it only wants war,” Zelensky said.

The United States expects the G20 to condemn Russia’s war in Ukraine and its impact on the global economy at the conclusion of the meeting in Bali, a senior US official said earlier.

Leaders of the G20, which includes countries ranging from Brazil to India, Saudi Arabia and Germany and account for more than 80 per cent of the world’s gross domestic product, opened their summit with a plea by host Indonesia for unity and action to mend the global economy despite deep rifts over Ukraine. ?– Reuters