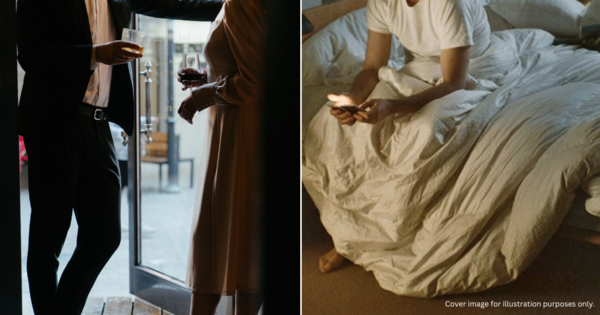 As of 2022, there are approximately 2.12 billion people in the world who are single or unattached — but how many of those are by choice?

While statistics can account for people who are not currently in a relationship or in some form of a committed partnership, the life of a single person can be rather challenging when the question of marriage comes into place.

Adding the complexities of Malaysian or Southeast Asian stereotypes and traditions, the pressure skyrockets for those who seemingly need to find a stable partner by a particular age.

Sharing in this struggle is one particular man, who posted on the Malaysian Facebook confessions page, Tantan Confessions Malaysia, about how he still doesn’t have a girlfriend at the ripe age of 33.

Going on to explain his frustrations, the man follows his expression with a list on what he’d expect out of a girlfriend — which include requirements for her looks, weight, and social class.

Opening his post, the anonymous man explains how he doesn’t understand why he’s still single, saying that he has decent qualities worthy of a partner

Providing some insight into what he brings to the table, the 33-year-old goes on to list some of his personal details.

“I bring home about RM30,000 salary per month from a small business I own. Physically, I am 169cm tall with a weight of 67kgs. I prefer staying at home more, though I do go to the gym often, and I don’t smoke or drink. I even have a car and a house, but I just haven’t dated anyone in a very long time,” he explained.

The man expounds on his struggles by saying how all the girls he likes don’t seem to like him back. Resorting to dating apps, he mentions how he’s unable to find a match on those platforms either.

Adding some context to the situation, the confessor alludes to constantly working without a stable social life as part of the problem. “I’m also an introvert. I have no women friends, and I’m tired of using dating apps, tired of sliding into people’s DMs with no result. I don’t even approach girls when I’m out, I’m too shy.”

Image for illustration purposes only.
Image via cottonbro/Pexels

“I don’t think my demands are high. I’m not narcissistic, but I feel like my conditions are not unachievable.”

The confessor proceeds to list certain qualities of what he’d like in a prospective girlfriend, all while saying he personally believes that these qualities are not unreasonable.

“1. You must be prettier than normal or average-looking girls.

2. You cannot be fat — it shows that you are unhealthy and not taking care of yourself. I’d like someone who loves working out, so we can hit the gym together.

3. You have to at least be from an upper middle class background.

4. You need to have your own aspirations in life. It would be ideal if she wants to be an entrepreneur. We can start a business together, and learn to grow as a unit.”

The confession ends after the man lists his requirements.

Image for illustration purposes only.
Image via Dazed

Erupting the comments section, many people criticised the man for having unrealistic expectations for finding a partner

In a calm, yet roast-worthy response, one person commented, “I’d rather see what you look like,” under the post.

A couple of people slammed the man for such steep conditions.

“Girls who have all your conditions will be chased by many others — and they probably want nothing to do with you!” said one person.

Another person added a similar sentiment in a brasher manner, writing, “If the girl you seek fulfils all those conditions above, will they even see you? At the end of the day, it’s not just you choosing someone, it’s her choosing you, too.”

However, the vast majority of comments took an aim at the man’s height, saying that someone as ‘short’ as him shouldn’t have high standards.

“170cm is short, no wonder you’re single. Such a shallow man,” wrote one person. “Excuse me, what is with your first, second, and third requirement? People would be embarrassed to date you if you’re 169cm,” commented another.

Offering the man advice, one user told him to get some padded shoes. “If you’re 169cm, round it up to 170cm. Buy shoes with an insole that can take you to 175cm, and a thicker sole that can elevate it to 180cm.”

One man, however, offered up more fruitful advice, telling the confessor to not use money as a balancing tool when determining his relationship(s). “Humility is something you have to learn. There are so many other aspects of life that need to be considered.”

Calling all single people, is your list of requirements for a partner just as long as this?

While this man is still looking for a girlfriend, one wife is contemplating divorcing her husband because of his dirty lifestyle:

Another man (with a girlfriend) asked how much money he should give her per month to be considered a good boyfriend: