Woods to play British Open, unsure about US Open and PGA Championship 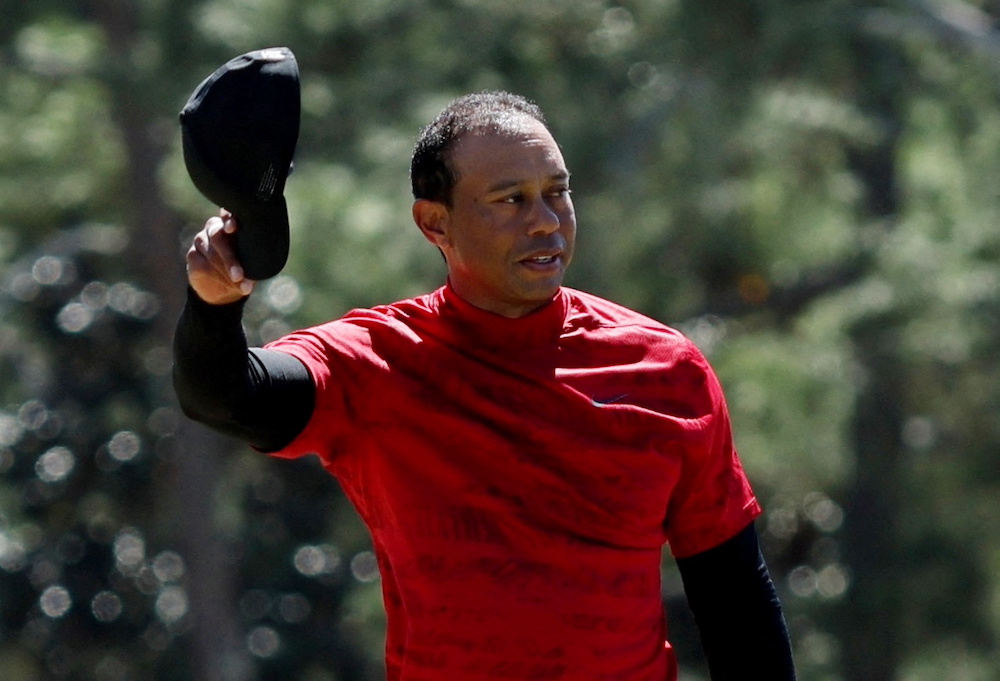 Tiger Woods on the 18th green during the final round of the Augusta Masters, April 10, 2022. — Reuters pic

AUGUSTA, April 11 — Tiger Woods completed what amounted to a ceremonial walk around Augusta National on Sunday before announcing that he would play the British Open at St. Andrews in July.

Woods, however, did not confirm his participation in the next two majors, the May 19-22 PGA Championship and the June 16-19 US Open, saying he needed to see how his body held up before making a decision.

“I won’t be playing a full schedule ever again … but I am looking forward to St. Andrews,” he told Sky Sports of the July 14-17 championship at the home of golf.

“It’s my favourite golf course in the world so I will be there for that one but anything in between that I don’t know.”

Woods expressed gratitude that he just able to be in the field for this week’s Masters after nearly losing a leg following a car crash 14 months ago.

His game was nowhere near the level needed to beat the title contenders and a six-over-par 78 in both of the final two rounds matched his career worst score at a place where he has won five times.

But gone are the days when Tiger, now 46, is snarling after such a poor day in the office. Now he is delighted to just turn up at work and said that being able to play this week was his greatest achievement that did not involve victory.

“For not winning an event, yes, without a doubt,” he said.

“It’s been a tough road, and one that I’m very thankful to have the opportunity to be able to grind through it. A lot of different things could have happened, but 14 months, I’m able to tee it up and play in the Masters.”

Wearing his traditional Sunday outfit — red shirt and black pants — Woods had teed off with US Open champion Jon Rahm, who played the role of an extra on a picture perfect calm spring morning under a brilliant blue sky.

With his family, girlfriend and Nike founder Phil Knight among the thousands lining both sides of the fairway, Woods caressed a drive nearly 300 yards, his swing still deceptively powerful despite all of his ailments.

More than four hours later he limped off the 18th green to one final thunderous ovation and made the 150-yard through a tunnel of fans and signed his card for a 13-over 301 total that was merely academic in the circumstances.

“I don’t quite have the endurance that I would like to have had, but as of a few weeks ago, didn’t even know if I was going to play in this event,” he said.

“Some of the players who are close to me have seen some of the pictures and the things that I have had to endure. They appreciate it probably more than anyone else because they know what it takes to do this out here at this level.

“I have those days where I just don’t want to do anything. It just hurts. It’s those days that are tough. The days I feel good, those are easy days, but there have been more tough days than easy days.” — Reuters