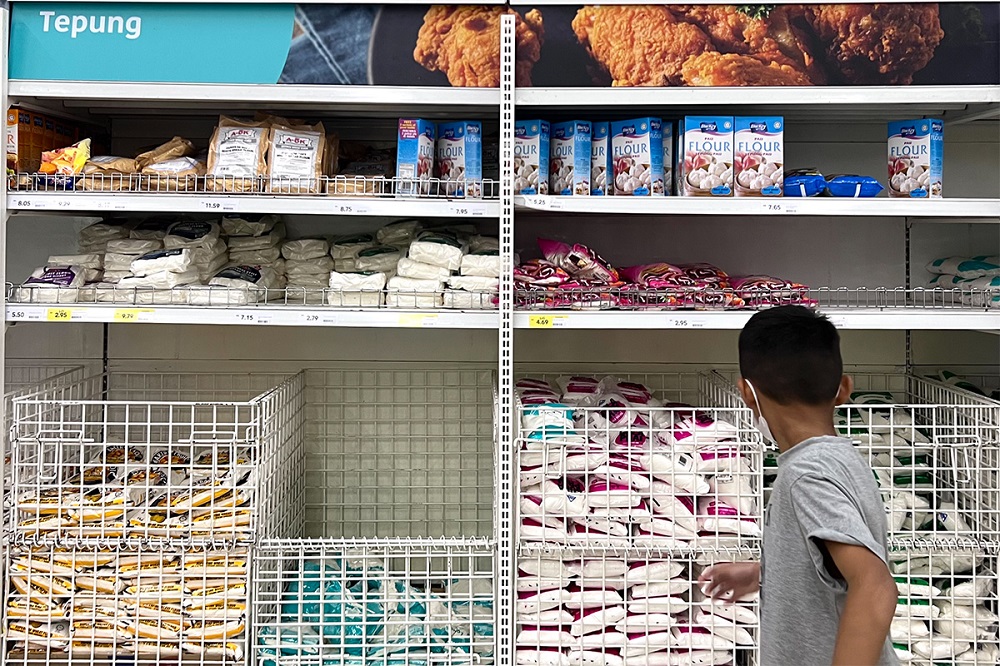 Boxes of wheat flour and sugar are displayed in a supermarket at Shah Alam May 16, 2022. — Picture by Miera Zulyana

KUALA LUMPUR, May 17 — India accounts for less than one per cent of the country’s total wheat imports but Malaysian consumers should still expect their wheat-based foods to be more expensive as climate change and the Ukrainian-Russian war disrupts global output, a food policy expert said.

While most of Malaysia’s wheat comes from Australia and the US, Ukraine accounted for a fifth of total imports in 2020, noted Universiti Putra Malaysia’s Datin Fatimah Mohamed Arshad, who said prices of wheat were already affected by unusual drought and prolonged dry season even before Russia invaded Ukraine.

The warring nations account for a third of global wheat production and are also major exporters of food grains like corn, a key ingredient in livestock feed that Malaysia imports mostly. Regional chicken egg prices have risen sharply because of the rise in wheat and corn prices, among others.

This is set to be exacerbated by India’s decision to indefinitely ban wheat product exports last week.

This follows months of insufficient rainfall in some breadbasket countries. In the US, wheat production is affected by the dry season and drought. Canadian field crop stocks were lower than March 2021, notably for total wheat.”

Up until the war, Russia had stepped up to fulfil global demand with competitively priced wheat, the professor said.

India’s announcement to block wheat export three days ago caught the world by surprise and raised concerns that it would worsen the global supply shortage, sending bushel prices to record highs according to news wire agency AFP.

The Indian government had previously said it was ready to help fill some of the supply shortages caused by the February invasion of Ukraine, but runaway inflation and food security in the poor nation of 1.4 billion people had forced them to reverse the decision.

Some parts of India, Commerce Secretary BVR Subrahmanyam said on Sunday, have seen prices in wheat and flour jump 20 to 40 per cent in recent weeks, AFP reported.

Malaysian consumers, alarmed by the news, said they are concerned that the export ban could drive prices of basic food items up. While not food staples, Malaysians consume wheat-based products such as bread, pastries and pastas regularly.

The share of Malaysia’s wheat import from India in 2020 was just US$1.71 million (RM7.51 million) or 0.5 per cent, but Fatima suggested the ban could exacerbate the output shortage caused by drought in major producing countries, like Australia and the US.

“Prices are expected to be higher than the price under normal periods,” she said, adding that India’s move to secure its own wheat supply was expected as countries will put domestic food security as top priority.

“That is Malaysia will face a tight supply in the international market and have to pay at a relatively higher price of wheat import.”

Australia accounted for 35 per cent of total wheat imports while the US was at 22 per cent in 2020.