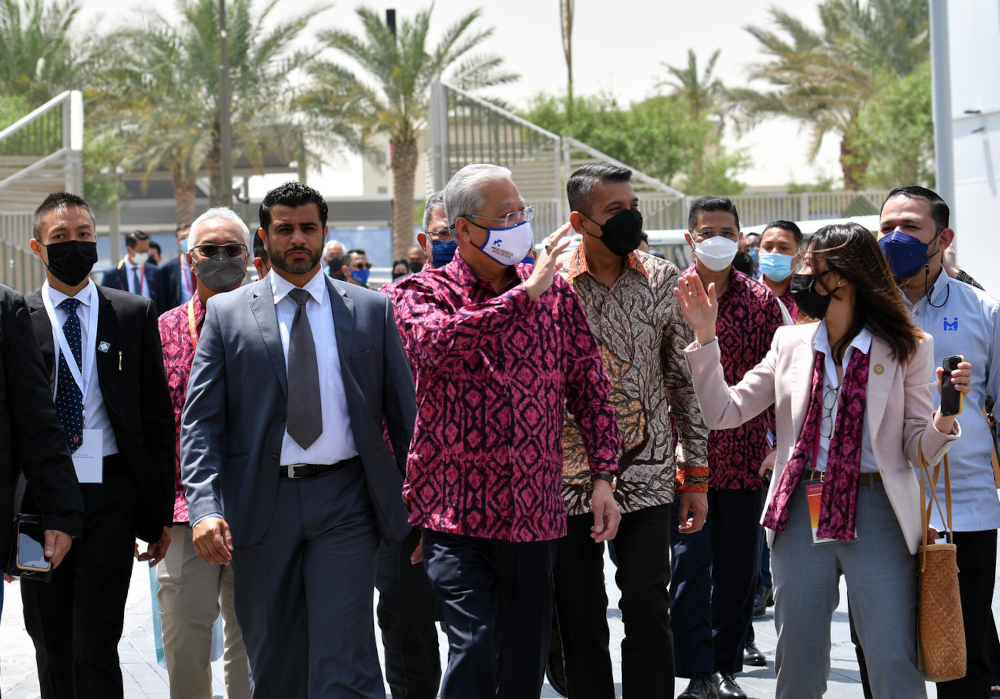 PUTRAJAYA, April 11 — Malaysia’s Ambassador to the United Arab Emirates (UAE) and the Consul-General of Malaysia in Dubai have been recalled by the Foreign Ministry (Wisma Putra) for failing to coordinate administrative and logistical matters during Prime Minister Datuk Seri Ismail Sabri Yaakob’s visit to the UAE late last month.

According to a statement from Wisma Putra on Monday, the failure had forced the prime minister to wait long at the arrival hall for passport and Immigration clearance by the Dubai Immigration.

Apart from that, there was no security coverage and motorcade that should have been provided for the prime minister as per usual standard operating procedures.

“The two officials had also failed to inform the Foreign Ministry about the World Government Summit (WGS), which was held during the Dubai Expo. Wisma Putra leadership only knew about the summit on March 30 through a different source.

“Should we have been informed of the summit, certainly efforts would have been made so that the prime minister could have delivered a speech at the programme,” the statement said.

However, Ismail Sabri attended the closing ceremony of the WGS on the same day upon receiving an invitation to the event after a meeting held with UAE Minister of State for International Cooperation Reem Ebrahim Al Hashimy.

Wisma Putra in the statement said the confusion would not have occurred if the coordination was made earlier. This is because the UAE government had prepared all facilities for the prime minister as head of government right till the end of his visit,” it said.

“The move to recall the two officials is nothing out of the ordinary and was made through discussions with the relevant parties, including the Public Service Department. It was taken to protect interests in bilateral relations between Malaysia and the said countries and to ensure the competency of the public service,” the statement said.

In any case, the visit still managed to achieve the targeted objectives, the statement added.

On the day Ismail Sabri departed from Dubai, the UAE Government arranged for a static guard of honour at the Al Maktoum International Airport and the Minister of State for Artificial Intelligence, Digital Economy and Remote Work Omar bin Sultan Al Olama was present to represent his government.

While at the airport, Omar presented the UAE Government’s invitation to Ismail Sabri to deliver the keynote address at the upcoming WGS (2023), with the prime minister expressing his consent to accept the invitation.

During his visit to the UAE from March 29-31, in conjunction with the Expo 2020 Dubai the prime minister attended the closing ceremony of the Malaysia Pavilion and the appreciation ceremony for officers and staff of the Malaysian Pavilion at the Expo.

During the visit, the prime minister also held a meeting with the Vice President and Prime Minister of UAE who is also the Ruler of Dubai, Sheikh Mohammed bin Rashid Al Maktoum.

Meanwhile, the same statement said Wisma Putra also regretted the report by the Free Malaysia Today news portal regarding the two diplomats being recalled which it published on Sunday.

According to the statement, based on the contents of the report, it is clear that the sources referred to or cited did not come from officials or parties directly involved in handling the visit. — Bernama