Why Putin is staying away from G20 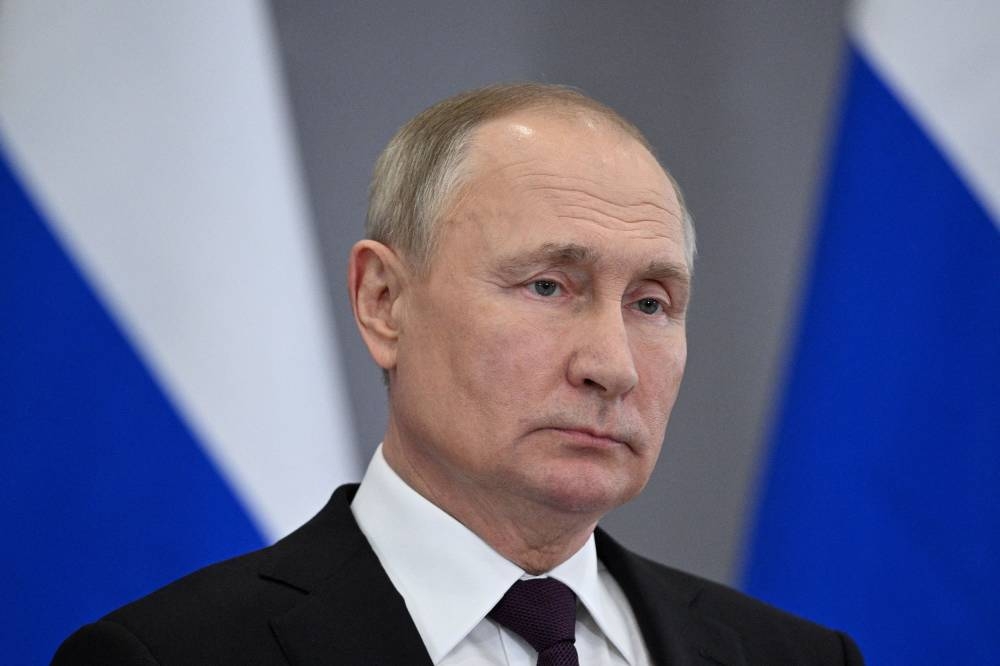 MOSCOW, Nov 14 — The last time Russian President Vladimir Putin found himself isolated at a G20 summit was in 2014, soon after he seized Crimea — and he was so shunned that he left early.

Eight years later, after launching a full-scale offensive in Ukraine in February and threatening the West with nuclear weapons, the 70-year-old Russian leader chose to skip this week’s G20 meeting on the tropical island of Bali altogether.

Observers say the Kremlin is seeking to shield the Russian leader from a storm of condemnation in Indonesia but Putin’s no-show risks further isolating a country already battered by unprecedented Western sanctions.

Alexei Malashenko, chief researcher at the Dialogue of Civilisations Institute, said Putin did not want to be publicly humiliated once again, recalling that at the Brisbane summit in 2014 Putin was placed at the far flank of the traditional family photo.

“At the summit, you have to talk to people and be photographed,” said Malashenko.

“And who is he going to talk to and how exactly will he be photographed?”

The G20 gathering will inevitably be overshadowed by Moscow’s offensive in Ukraine, which has shocked global energy markets and aggravated food shortages.

Fyodor Lukyanov, a foreign policy expert close to the Kremlin, indicated that Putin was not ready to budge over Ukraine.

“His position is well known, it will not change. The other side’s position is also well known,” said Lukyanov, editor of the Russia in Global Affairs journal. “What’s the point of going?”

The Kremlin blamed Putin’s absence on scheduling conflicts, without specifying what prompted the Russian leader to skip one of the highest-profile global summits.

The Kremlin said that Putin would not even address the summit by video link.

By comparison, Ukrainian President Volodymyr Zelensky, who will attend the gathering virtually, is expected to lobby global leaders for a stronger response to Russia’s assault.

The Russian delegation will be headed by Moscow’s top diplomat Sergei Lavrov.

The pugilistic foreign minister walked out of a G20 meeting in Bali in July after Russia’s offensive in Ukraine was condemned, and he can expect another icy reception.

Political analyst Konstantin Kalachev said Putin’s refusal to travel to Bali reflected “a sense of a dead end” over Ukraine.

“He’s got nothing to say,” Kalachev said. “He has no proposal on Ukraine that could satisfy both sides.”

Despite mobilising hundreds of thousands of reservists in September, the Russian armed forces have suffered setback after setback in Ukraine.

In September, the Russian army had to withdraw from the northeastern region of Kharkiv.

On Friday, Russia announced it was pulling its forces from the strategic southern port city of Kherson in a new humiliation for the Kremlin. Peace talks have been put on ice.

Shunned by most Western leaders, Putin seeks to deepen ties with countries that have traditionally enjoyed good ties with Moscow or those that also rail against the dominance of the United States in global affairs.

“In Putin’s view, his refusal to go to the G20 summit will not prevent Russia from building relations with neutral states,” said Tatiana Stanovaya, the founder of R.Politik, a political analysis firm.

“Putin believes that Russia’s anti-American line is finding a lot of support.”

The Kremlin insists that Russia is far from isolated, and Stanovaya pointed out that Putin has been seeking allies in Africa, Asia and the Middle East.

“He is trying to build an anti-Western coalition,” she said.

Many political observers are sceptical that the Kremlin chief will succeed. After Putin sent troops to Ukraine on February 24 no major nation has rallied behind Russia, including China.

Russia’s assault on Ukraine also spooked Moscow’s neighbours in Central Asia and prompted countries such as Kazakhstan and Uzbekistan to look for alliances elsewhere.

Kalachev said Russia’s confrontation with the West had pushed it to the margins of world politics and decision-making on pressing issues such as climate change.

“It is not a pariah country, like North Korea,” he said, “but Russia is no longer part of the world agenda that is not related to the topic of World War III.” — AFP