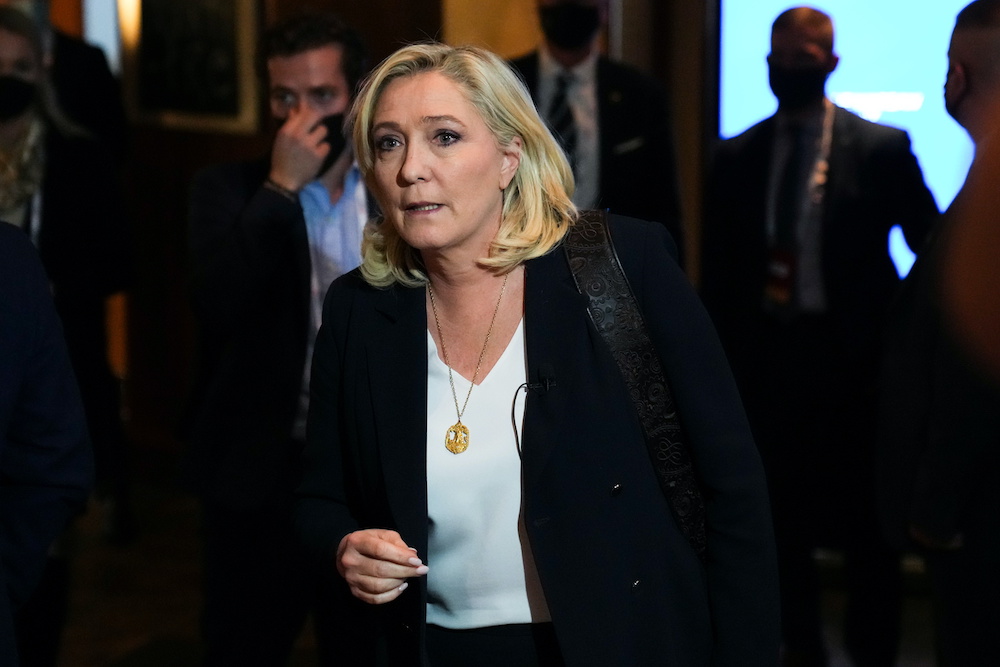 Marine Le Pen’s insistence on banning Muslim women from wearing the Islamic headscarf in public spaces would, Troadec said, be an act of discrimination. — Reuters pic

PARIS, April 20 — Ever since Lisa Troadec converted to Islam and began wearing a hijab almost a decade ago, the Frenchwoman says she has been subjected to verbal abuse, dirty stares and tripped in the street. She worries the alienation she feels will only deepen if far-right leader Marine Le Pen wins Sunday’s presidential vote.

Le Pen’s insistence on banning Muslim women from wearing the Islamic headscarf in public spaces would, Troadec said, be an act of discrimination against the strong majority of Muslims like her who adhere to France’s strict secular values.

“I’m genuinely scared that Le Pen wins,” said Troadec, who runs a childcare centre in Paris. “If it happens, I’m not sure what life would look like the next day.”

In the hope of keeping Le Pen out of power, she will vote for Macron, but only begrudgingly. The president’s track-record on Islam has left her deeply disillusioned and convinced that anti-Muslim sentiment is on the rise in France.

Data supports how she feels. Interior ministry figures show a sharp increase in anti-Muslim discriminatory and other acts in 2021, even as other faiths saw a decline.

She describes voting for Le Pen or Macron as president as

Macron says he will keep fighting what he calls “Islamist separatism” and defend French secularism, which he says allows every citizen to freely practice their faith. He says he’s against banning religious symbols in public space.

Le Pen wants to outlaw the wearing in public spaces of the hijab but not other religious symbols such as the Jewish kippa. She promises to fight “Islamist ideologies” that she calls “totalitarian”.

Over the past five years, the Macron government has passed a raft of laws and measures that, it says, are to tackle religious extremism and preserve national secular values. But it has left many Muslims like Troadec feeling that Islamophobia is on the rise.

Troadec’s friend Sherazade Rouibah, 23, said she found Macron’s overtures to Muslim voters between the two rounds of voting to be cynical.

Macron last week congratulated a young Muslim woman in Strasbourg wearing the hijab for calling herself a feminist.

“It’s like, oh, for five years you’re against us (…) and now you’re interested in our votes? And the worst is that we’re actually going to vote for him because Le Pen is worse than him,” Rouibah said with a sour laugh.

Polls show that a Le Pen win on Sunday is improbable, but not impossible. In 2017, when both candidates faced each other, Macron beat Le Pen with 66.1 per cent of the votes.

To be sure, Muslims will not vote as a unified block for Macron. Perceptions that Macron has adopted right-wing policies on identity politics and the economy, is a “president of the rich” and aloof from the people will lead some to vote for Le Pen, and many more to abstain from the vote altogether. Read full story

“There are people who will vote for her and who say so,” said Troadec.

At a mosque in Villeurbanne, an ethnically diverse suburb of the southeastern city of Lyon, Hedi Baiben, 42, said many of his fellow worshippers would find it hard to stomach voting for Macron, even if in his view the sound choice is to vote against the far-right.

“These days it’s hard for mosque-goers to vote for people they don’t trust,” Baiben, a longstanding member of the local Muslim community, said as he supervised the cooking and delivery of meals to students from low-income families during the holy month of Ramadan.

The rector of the Villeurbanne mosque Azzedine Gaci said he and other local Muslim leaders were urging their congregation to back Macron in the runoff vote in the name of protecting France’s religious freedoms.

He described Le Pen’s manifesto as “a project calling for the hatred of Muslims, for the closure of mosques and which talks about Muslims night and day.”

A vote for Macron was not a vote of support, he said, but one to block the far-right from power.