US targets ‘senior’ IS jihadist in Syria’s northeast, says military 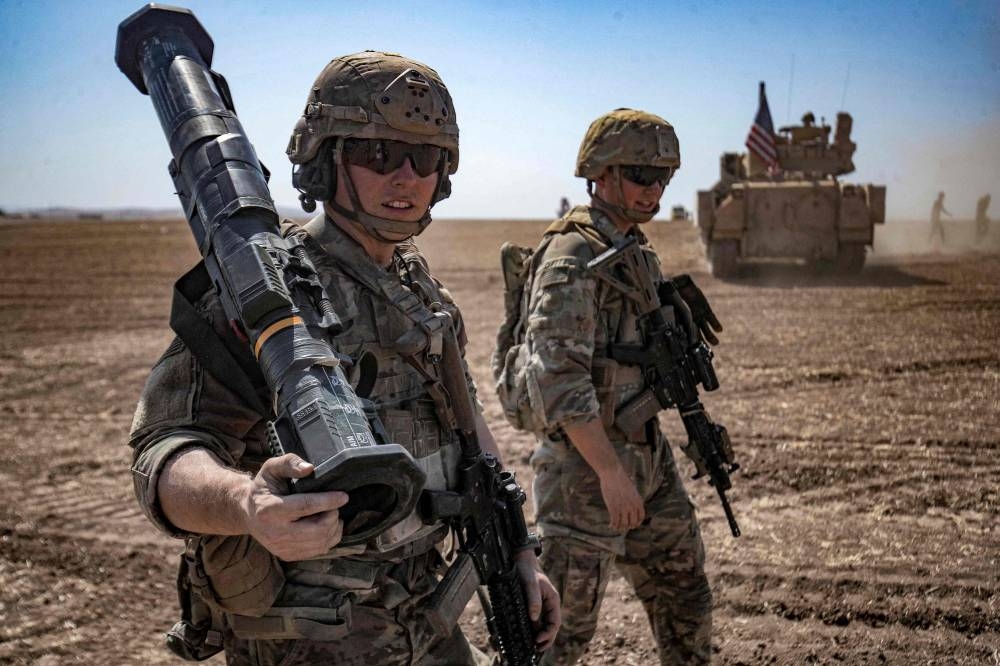 In this file photo taken on September 7, 2022 US soldiers walk during a joint military exercise between forces of the US-led “Combined Joint Task Force-Operation Inherent Resolve” coalition against the Islamic State (IS) group and members of the Syrian Democratic Forces (SDF) in the countryside of the Syrian town of al-Malikiya. — AFP pic

The operation is the latest US effort to clamp down on IS jihadists who have been territorially defeated but still orchestrate attacks in Syria and neighbouring Iraq.

Centcom later said on Twitter that the raid had targeted “Rakkan Wahid al-Shammari, an ISIS official known to facilitate the smuggling of weapons and fighters”.

Shammari “was killed and one of his associates was wounded,” it said, adding that two others were detained and that the raid did not result in further casualties.

Syria’s state broadcaster had earlier said a US operation involving multiple helicopters left one person dead and saw several others captured in a government-controlled area of northeastern Syria, which is mostly dominated by Kurdish forces.

The targeted village, Muluk Saray, lies 17 kilometres (10 miles) south of the Kurdish-held city of Qamishli and is controlled by pro-regime militias, the Syrian Observatory for Human Rights said.

Thursday’s raid was the first such airborne operation in government-held territory since the Syria conflict erupted in 2011, the Britain-based war monitor added.

The person killed in the operation “had been a resident of the area for years”, said the Observatory, which relies on a wide network of sources inside Syria.

The monitor said a Syrian and an Iraqi were captured in the operation.

A resident of the village said three US helicopters carrying troops had landed in the operation.

US forces raided a house, killing one person and taking others captive, the resident told AFP on condition of anonymity for fear of reprisals.

“They used loudspeakers to call on residents to stay indoors” during the operation, the resident said.

The resident had identified the victim as Abu Hayel, a little-known displaced person from Hassakeh province.

Centcom said Thursday evening that another US airstrike in northern Syria, occurring at 6:32pm local Syria time (1032 GMT) had killed two other senior IS members.

“US forces conducted a successful airstrike in northern Syria, killing both Abu-Hashum al-Umawi, a deputy Wali of Syria, and another senior ISIS official associated with him,” Centcom said in a statement, using an acronym for IS.

“No US forces were injured or killed and there was no loss or damage to US equipment in the execution of this operation.”

The US leads a military coalition battling IS in Syria.

In July, the Pentagon said it killed Syria’s top IS jihadist in a drone strike in the northern part of the country.

Centcom said he had been “one of the top five” IS leaders.

The July strike came five months after a nighttime US raid in the town of Atme, which led to the death of IS leader Abu Ibrahim al-Qurashi.

US officials said Qurashi died when he detonated a bomb to avoid capture.

After losing their last territory following a military onslaught backed by the US-led coalition in March 2019, the remnants of IS in Syria mostly retreated into desert hideouts.

They have since used such hideouts to ambush Kurdish-led forces and Syrian government troops while continuing to mount attacks in Iraq. — AFP