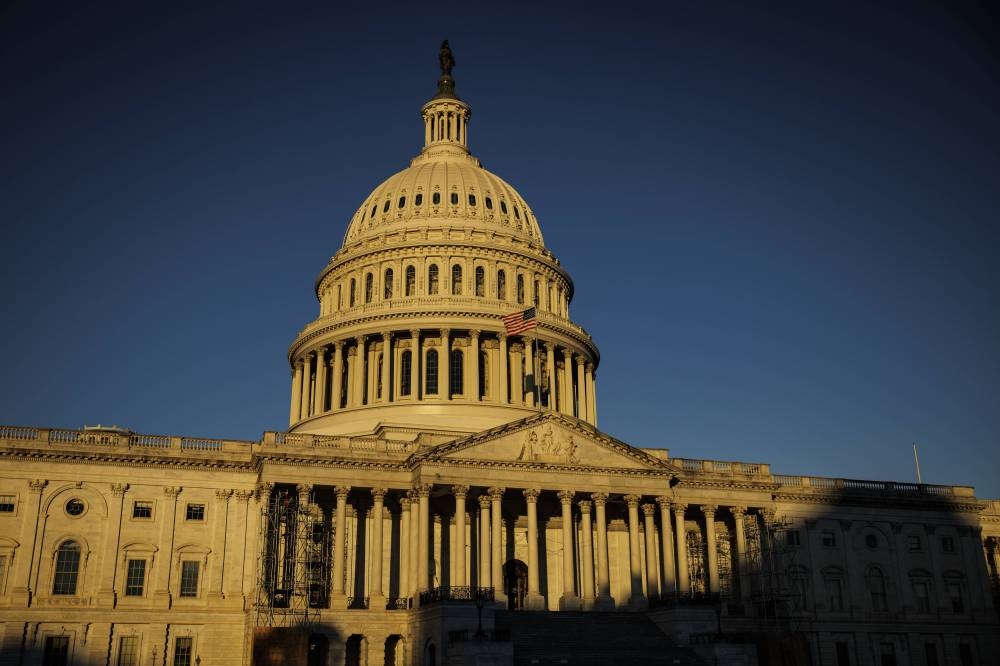 WASHINGTON, Nov 12 – President Joe Biden’s Democrats edged closer to retaining control of the US Senate on Friday, as Donald Trump prepared to declare his bid for the White House in 2024.

Blake Masters, Kelly’s Republican opponent in Arizona, did not immediately concede defeat, and late on Friday Trump claimed the result was “a scam and voter fraud”.

President Joe Biden phoned Kelly to congratulate him on his win, the White House said.

Trump will announce next week that he is taking another shot at the presidency in 2024, his longtime advisor Jason Miller said Friday.

The divisive former president, who will be 78 when the next election is held, has been hinting at another presidential run while campaigning for Republican candidates ahead of this week’s midterm elections, and said he will make a “very big announcement” on Tuesday.

“President Trump is going to announce on Tuesday that he is running for president,” Miller told former Trump aide Steve Bannon on his popular “War Room” podcast.

Trump’s candidacy would be his third shot at the presidency, including his loss to Biden in 2020. After that defeat, he promoted baseless claims of fraud, including those that led to an unprecedented riot at the US Capitol in Washington.

In this file photo taken on November 08, 2022 Former US President Donald Trump speaks to the media while departing a polling station after voting in the US midterm elections at Morton and Barbara Mandel Recreation Center in Palm Beach, Florida. – AFP pic

Trump’s big announcement in Florida will come after a disappointing run for several candidates he backed in the midterms, although more than 100 Republican candidates who challenged the 2020 presidential results still won their respective races.

Some of his hand-picked favourites, however, lost key Republican-held seats to Democrats.

In Pennsylvania, Democrats flipped a US Senate seat with constant attacks on Trump-endorsed celebrity doctor Mehmet Oz, who had never held public office and lives mostly in New Jersey.

Trump had hoped to ride a Republican “red wave” that would prime him for another presidential run but the party looks headed for a much smaller victory than had been predicted.

With 211 seats so far, Republicans appear poised to secure a slim majority in the 435-seat House of Representatives. Control of the Senate, however, may come down to a December 6 runoff in the southeastern state of Georgia.

With both parties tied at 49 Senate seats, Democrats now need only one more win to retain control of that chamber, because Vice President Kamala Harris will cast any tie-breaking votes in the upper house.

The rising sun creeps across the US Capitol building on November 9, 2022 in Washington, DC. Americans participated in the midterm elections to decide close races across the country after months of candidate campaigning. – AFP pic

Also on Friday, Trump’s lawyers challenged a subpoena from the Congressional committee investigating the January 6 attack on the US Capitol by his supporters.

They claimed he had “absolute immunity” and would not testify next week.

The subpoena is “invalid, unlawful, and unenforceable,” the lawyers said in the lawsuit, because Trump “has absolute immunity from being compelled to testify before Congress… regarding his actions as head of a co-equal branch of government.”

Trump’s early entry into the race may be designed in part to fend off possible criminal charges over taking top secret documents from the White House; his efforts to overturn the 2020 election; and the US Capitol attack.

It may also be intended to undercut his chief potential rival for the Republican presidential nomination, Florida Governor Ron DeSantis, who secured a comfortable re-election and emerged as one of the biggest winners in Tuesday’s midterms. – AFP