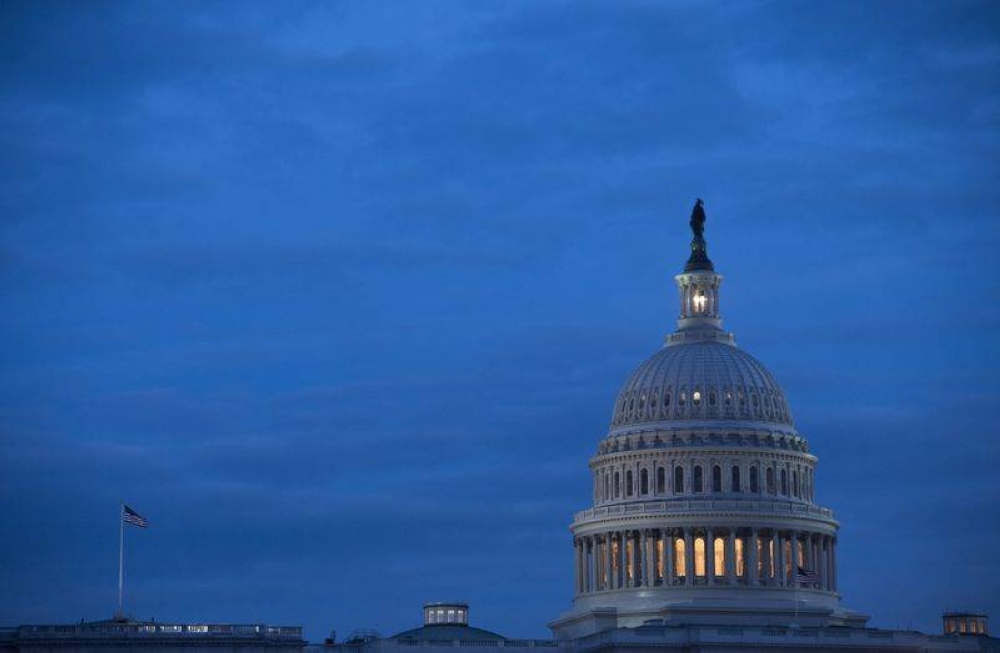 WASHINGTON, Oct 8 — The US mid-term elections were once seen as a likely landslide victory for Republicans, as President Joe Biden’s approval ratings slumped amid spiralling inflation, record migrant arrivals and rising violent crime.

With a month to go, Democrats are banking on a much closer contest amid a series of legislative wins, improving gas prices and the nomination of a slate of Trumpist candidates who have been struggling in winnable seats.

The biennial midterms don’t get the attention that presidential elections command, but they are crucial in determining which party has control of Congress — and the power to advance or frustrate the president’s agenda.

Every seat in the House of Representatives — the lower chamber — is up for grabs, while a third of the Senate vies for re-election.

The evenly-divided 100-member upper chamber — controlled by Democrats thanks to Vice President Kamala Harris’s tie-breaking vote — is considered the more powerful and prestigious, with its statewide constituencies and six-year terms.

Senators have the unique authority to approve treaties, try officials impeached by the House and confirm Cabinet secretaries, ambassadors and federal judges.

At least eight of the 35 Senate races are considered competitive, but the battle for control of the chamber is likely to come down to four key states.

The pair are duking it out for the seat held by a retiring Republican, in what remains Democrats’ top target for flipping a seat.

Most September polls showed Fetterman with a narrow lead of between two and five points, down from an average of nine points in August.

Democrats have characterized Oz as an opportunistic New Jersey carpet-bagger with tenuous local ties and a penchant for gaffes that demonstrate he is out of touch.

Fetterman, meanwhile, faces scrutiny over his health following a stroke, and he has come under fire about his law enforcement record as lieutenant governor, when there was a significant increase in the number of people serving life sentences who were recommended for early release.

“John gave a second chance to those who deserve it: nonviolent offenders, marijuana users… John Fetterman has the courage to do what’s right,” a police officer says in a recent ad from the Fetterman camp.

In Wisconsin, Republican Senator Ron Johnson struggled in summer but pulled ahead of Democratic challenger Mandela Barnes in mid-September and is up by three points in an average of the last dozen polls.

The latest Fox News poll found that 44 per cent of Wisconsin voters think Barnes’s political positions are “too extreme” — against 43 per cent for Johnson.

Notably, Barnes’s figure was 14 points higher than a month earlier.

Like Fetterman, Barnes is a lieutenant governor who has been accused of being soft on crime, primarily because of his advocacy for making bail conditions less onerous.

“Under Mandela Barnes, Wisconsin has released 784 violent criminals back into our communities,” Johnson tweeted on Monday.

“Including 270 murders and attempted murderers. Mandela Barnes’ policies make our communities more dangerous. He is too extreme for Wisconsin.”

Democratic strategists have sounded the alarm over turnout, with many Latinos threatening to sit out the election despite Cortez Masto being the first-ever Latina elected to the US Senate.

“What I’m looking at is: Do Latinos actually turn out to vote this year? If we see high turnout, we win in Nevada.”

Laxalt, who lost a gubernatorial race in 2018, has argued that a floundering economy, rampant crime and sky-high inflation were dampening Latino enthusiasm for the Democrats.

“Catherine Cortez Masto’s track record of releasing convicted criminals, blocking funding to stop drug trafficking, and sending millions of dollars to criminals behind bars shows that her focus is not on the well-being of Nevada,” said NRSC Hispanic press secretary Juan Arias.

In Georgia, Republican challenger Herschel Walker was looking like the Republicans’ best bet for a pick-up against incumbent freshman Democrat and pastor Raphael Warnock.

Walker’s name recognition as a former football star has kept him in the race despite a series of missteps overshadowing his campaign, and he trails Warnock by four points in the latest Fox News poll.

Georgia’s electorate is more trenchantly partisan than in other battleground states, and the race has been about juicing turnout rather than winning swing voters.

“Senate Republicans’ plan to ban abortion nationwide is on the ballot this November — and we are ensuring that it remains front and center for voters,” the Democratic Senatorial Campaign Committee said.

Walker has focused on the economy and anti-abortion activism.

But the anti-abortion hardliner has been accused of paying for a girlfriend to terminate her pregnancy in 2009, and lying about the number of children he has and about having worked in law enforcement.

He has also faced allegations of domestic violence and criticism over policy gaffes. — AFP