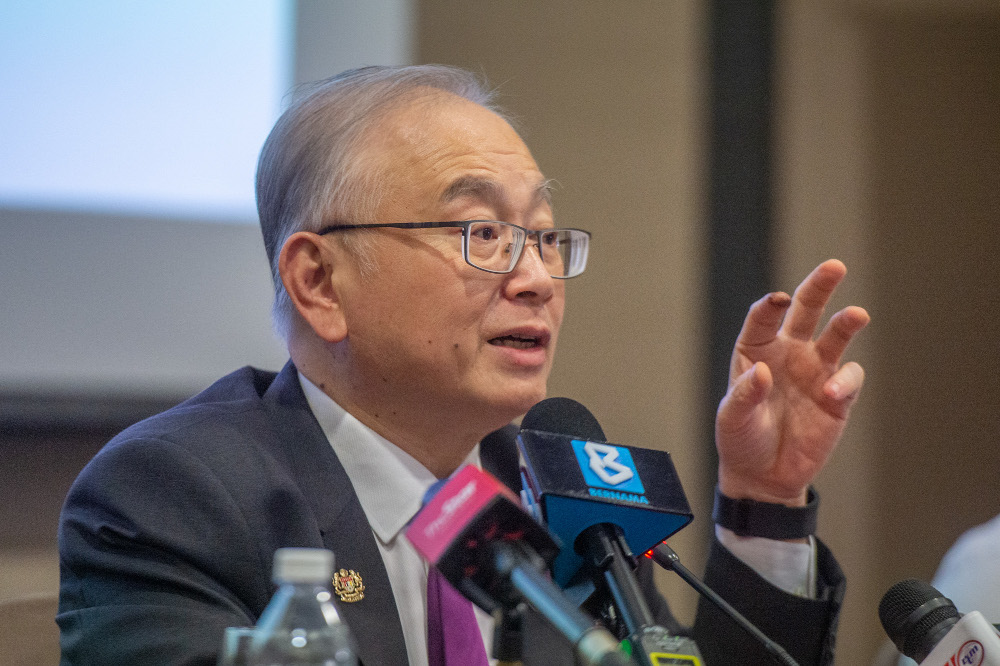 KUALA LUMPUR, April 16 — Perceived as having failed his duty, Transport Minister Datuk Seri Wee Ka Siong sought to defend himself against critics questioning if justice has been served by sending driver Sam Ke Ting to jail for the deaths of eight teenagers who rode modified bicycles on a dark highway past midnight.

Wee took to his Facebook page today explaining that Malaysia’s Road Transport Act 1987 had been amended to address the “basikal lajak” or modified bicycles phenomenon starting from October 2002.

He emphasised that even though the law had been revised, it could not be applied retrospectively to cases like Sam’s, which happened in 2017.

“After Sam Ke Ting’s case, internet users condemned me by asking why not take action against the parents of those who use basikal lajak. I resignedly said ‘laws cannot pursue the past errors in law, impossible to be retrospective or back to the future’.

“I can completely understand everyone’s anger, but the incident took place in the year 2017, this is a fact that cannot be changed,” he wrote in Mandarin on the Mandarin version of his official Facebook page.

The MCA president said he immediately took steps in August, five months after becoming minister, to have the Road Transport Act reviewed so that heavier penalties could be imposed for driving under the influence of alcohol or drugs, basikal lajak or street racers.

He added that this amendments were passed by both the Dewan Rakyat and Dewan Negara to take effect from October 2020.

Wee also reminded his critics that the courts in Malaysia are independent and urged them to respect the court’s decisions rather than make him their punching bag.

He said the court system provides for those found guilty to appeal against their conviction and sentence.

He also pointed out that while the Transport Ministry drafts legislation for the Road Transport Act, enforcement of the law lies with the police.

Wee was referring to how Facebook users had posted an eight-word sentence in Mandarin on his Facebook page, with the words loosely translated as meaning that there was alleged judicial injustice and questioning where natural laws are.

Wee however noted that his Facebook page was not the only one affected and that some Mandarin-language news outlets had also seen such Facebook comments.

With Sam’s case expected to be brought before the Court of Appeal on Monday for a hearing, Wee expressed hope that she would be able to obtain bail while waiting for her appeal to be heard.

On April 13, the High Court reversed the previous acquittal of Sam over a reckless driving charge, sentencing her to imprisonment without allowing bail and also to a RM6,000 fine and three-year driving ban upon completion of her prison term.

Sam was charged with reckless or dangerous driving, resulting in the death of the eight cyclists through an accident which happened at 3.20am in 2017 at Jalan Lingkaran Dalam, Johor Baru.

The accident reportedly involved a group of 30 teenagers, who were riding basikal lajak — a type of modified bicycle which typically includes the removal of brakes.

Several online petitions have been started on the Change.org platform to seek for Sam’s release or justice for her since her conviction a few days ago, with two petitions with the highest number chalking more than 845,000 signatures at the time of writing.