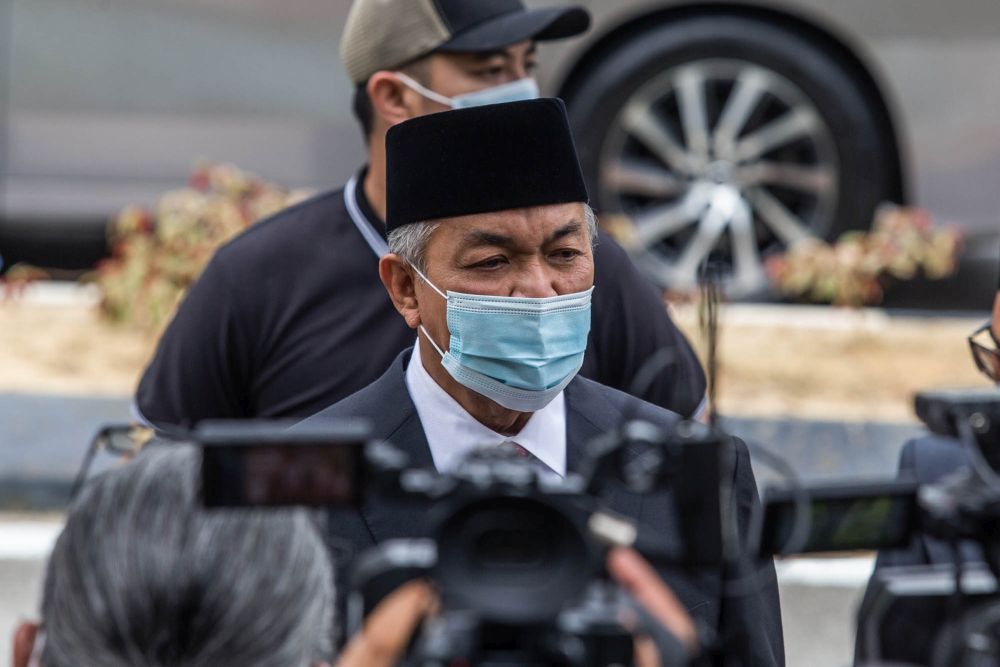 KUALA LUMPUR, June 11 — Umno president Datuk Seri Ahmad Zahid Hamidi said forming a National Operations Council, or Mageran as it is known by its Malay abbreviation, should have happened at the start of the Emergency period.

He was speaking to members of the media who had gathered outside the palace gates after an hour-long audience with the Yang di-Pertuan Agong Al-Sultan Abdullah Ri’ayatuddin Al-Mustafa Billah Shah.

He added that the proclamation of an Emergency should have sufficed but its purpose had deviated from its original aim.

“We did not discuss the Mageran matter. I feel it is something normal outside the scope of the existing situation because the Emergency is supposed to cover it but it has been used to achieve other purposes,” he said.