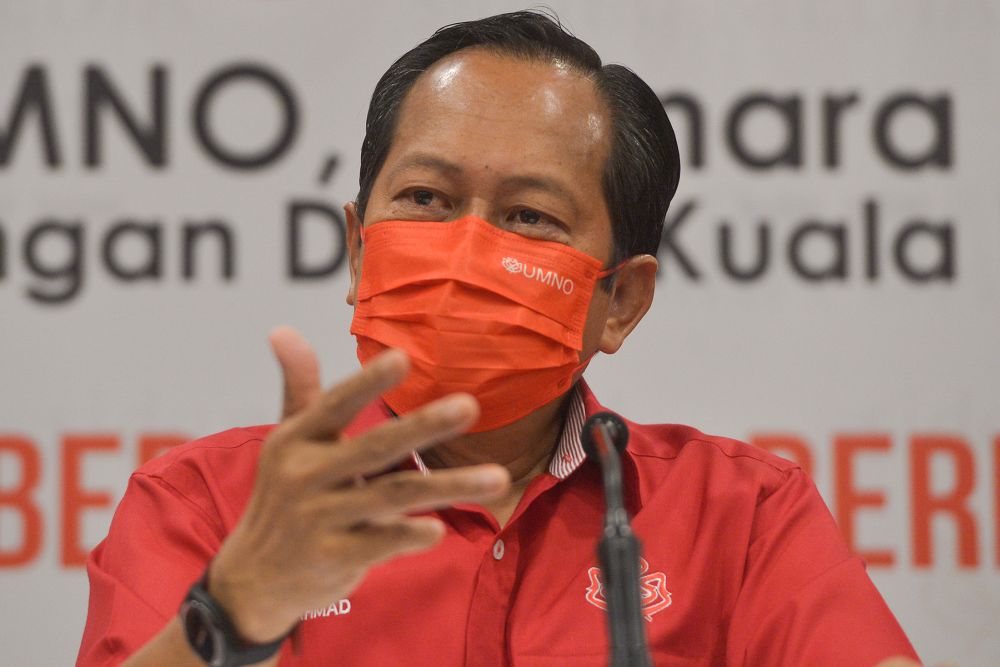 Ismail Sabri, the current Prime Minister, is a vice president of Umno.

Ahmad said Umno had no hidden agenda and that each party had the right to nominate any of their leaders as their respective Prime Minister candidates.

“No one can stop Umno from naming Ismail Sabri as the Prime Minister candidate.

“That is our right (to name him as the Prime Minister candidate), not a trick or anything, GE15 can be called any time deemed suitable by the Prime Minister with the consent of the Yang di-Pertuan Agong,” he told reporters at an iftar event here. last night.

He said this when asked to comment on the recent statement by Amanah communications director Khalid Abd Samad that the move by Umno to name Ismail Sabri as its prime minister candidate was a ploy to expedite the dissolution of Parliament for GE15.

GE15 must be held by Sept 16 next year. There has been talk that Umno wants GE15 to be held as soon as possible following Barisan Nasional’s (BN) landslide victories in the Melaka and Johor state elections that were held in November last year and March this year respectively. Umno is the backbone of BN.

Ahmad Maslan also dismissed allegations that Umno would nominate another candidate as prime minister after winning GE15, as happened after the Johor State Election which saw the appointment of Machap assemblyman Datuk Onn Hafiz Ghazi as Johor mentri besar instead of Benut assembyman and Johor BN chairman Datuk Hasni Mohammad, who was slated for the post.

“In Johor, the power to appoint the mentri besar lies with Tuanku Sultan of Johor Sultan Ibrahim Almarhum Sultan Iskandar and we respect his consent but it is our right as the main party in Malaysia to name the Umno poster boy candidate, for Barisan Nasional and GE15,” he said.

Meanwhile, Ahmad Maslan said Pakatan Harapan (PH) communications director Fahmi Fadzil’s statement that the Memorandum of Understanding (MoU) on Transformation and Political Stability between the Federal government and PH (made up of Amanah, PKR and DAP), did not involve Umno, was also untrue.

He said the MoU was signed by Umno leaders themselves, namely Prime Minister and Umno vice-president Ismail Sabri and Ketereh MP and Ketereh Umno division chief Tan Sri Annuar Musa, who is also Minister of Communications and Multimedia.

“They (Ismail Sabri and Annuar) are Umno leaders, it (MoU) cannot stand on its own. So to say this MoU is between the government and PH alone is not correct because they are Umno leaders,” he said.

Among the main items in the MOU which expires on July 31 are that an anti-party hopping law must be legislated and Parliament should not be dissolved before that date.

The Umno Supreme Council (MT) meeting on April 14 decided that the MoU would not be continued after July 31.

Earlier, Ahmad Maslan, at the iftar function, also announced that the Umno MT recently appointed Onn Hafiz as a member of the MT while two other Umno MT members, namely Datuk Seri Razali Ibrahim was appointed as the Umno Alumni Coordinator for tertiary students. and Datuk Seri Mohd Sharkar Shamsudin as the Coordinator of the Alumni Organisation of Umno overseas clubs. — Bernama