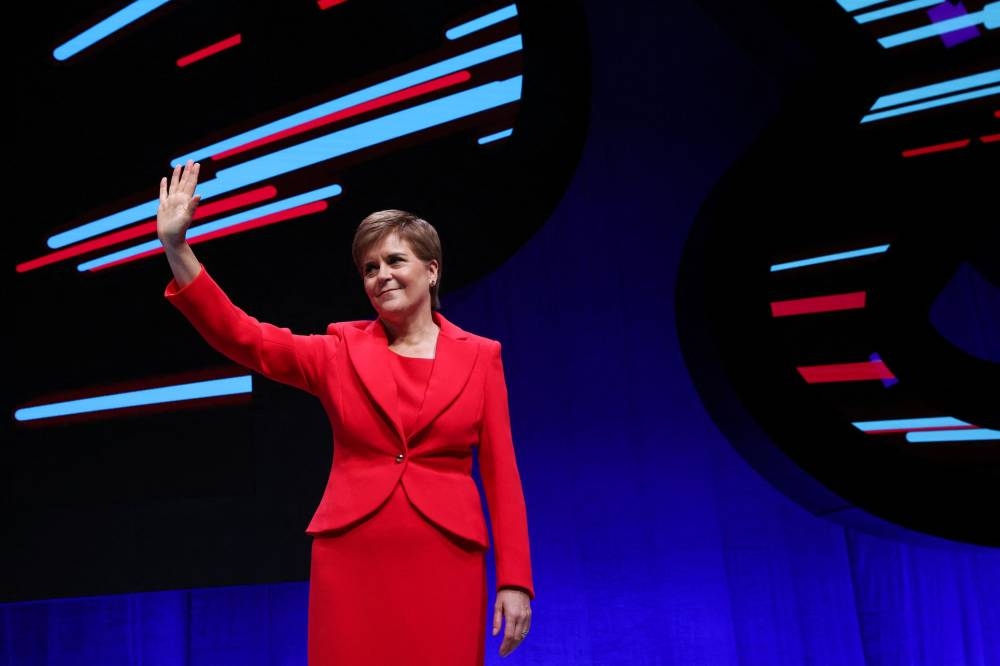 LONDON, Oct 11 –The United Kingdom Supreme Court said today it would take months to reach a decision on whether the Scottish government can hold a second referendum on independence next year without approval from the British parliament.

Scottish First Minister Nicola Sturgeon, leader of the Scottish National Party (SNP), has said she wants to hold an independence vote on Oct. 19, 2023, but that it had to be lawful and internationally recognised.

British Prime Minister Liz Truss and her predecessor, Boris Johnson, said they would not grant permission for any referendum, saying a 2014 plebiscite, in which Scots rejected ending the 300-year-old union by 55-45 per cent, was a once-in-a-generation event that should not be repeated.

However, the SNP says the 2016 vote for Britain to leave the European Union, which the majority of Scottish voters opposed, had materially changed the circumstances.

The Supreme Court, Britain’s top court with authority over all civil matters across the United Kingdom, is now being asked whether the Scottish government can pass legislation to allow a second referendum without approval from the UK parliament in London.

“It’s likely to be some months before we give our judgement,” court president Robert Reed said at the opening of two days of hearings, which he said amounted to the “tip of the iceberg” in the case.

Under the 1998 Scotland Act, which created the Scottish parliament and devolved some powers from Westminster, all matters relating to the Union of the Kingdoms of Scotland and England are reserved to the UK parliament.

The British government says that means it is clear that it alone can approve any referendum.

However, the SNP, which has dominated Scottish politics for more than a decade, winning the overwhelming majority of Scottish seats in the 2019 UK election, says this means the views of Scots are being ignored.

Last year, it promised to hold a second referendum if it was returned to power in elections to the Scottish parliament, and it was subsequently re-elected, albeit with the support of the pro-secession Scottish Greens.

Lord Advocate Dorothy Bain, the Scottish government’s most senior law officer, told the court in London that it was “critically important” for the Supreme Court to finally resolve whether a referendum could be unilaterally held.

She said there were arguments why any referendum would not be a “reserved matter”, saying the vote, while politically significant, would only be advisory, seeking the views of Scots but not self-executing, and as such would have no direct effect on the union.

“Despite the highly charged political context, it is a question of law,” she said.

However, James Eadie, the lawyer acting for the Advocate General, Scotland’s top law adviser to the Conservative-led British government, said the court should not even engage with an abstract legal question.

Douglas Ross, the leader of the Conservatives in Scotland, said it was a disgrace the SNP had forced the case during a cost of living crisis.

“The SNP government have, at the worst possible time, become distracted again by their own selfish interests, and Nicola Sturgeon is wasting precious time and money dragging the country through this court chaos,” he said. — Reuters