Two residents faint, over 30 evacuated from village after chemical spill in Johor 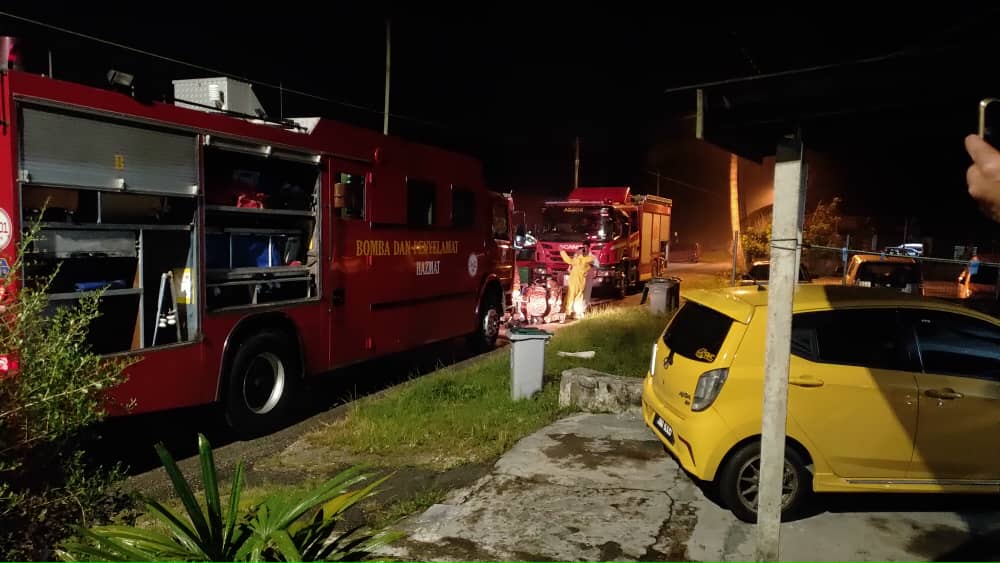 Firemen evacuate residents of Kampung Sri Aman near Seelong after fumes from a chemical spill in a nearby river engulfed the village September 15, 2021. — Picture courtesy of the Johor Fire and Rescue Department

It was learnt that the incident occurred at about 10.15pm after two women from the village had trouble breathing and fainted due to the strong odour.

Following that, many other residents noticed the pungent chemical odour and immediately contacted the Fire and Rescue Department for assistance.

He said the first team arrived at Kampung Sri Aman within 15 minutes.

“Two female victims in their 20s and 40s were rushed to the Sultanah Aminah Hospital and Sultan Ismail Hospital by the department’s Emergency Medical Response Service team after they had difficulty breathing.

Saiful Bahri said the Hazmat team then detected the suspected source of fumes at the nearby river.

“The personnel isolated and used damping technique in the river after they found spillage of a solid liquid upstream,” he said.

A total of 24 firemen and five fire engines from the Kempas, Larkin and Johor Jaya fire stations have been dispatched to the village.

Saiful Bahri suspects the chemical liquid to be methyl alcohol based on initial tests.

He said methyl alcohol is a scheduled waste and has a concentration of 120 parts per million.

Methyl alcohol is a colorless liquid with a strong odour. It is a poisonous substance that can be absorbed through the eyes, skin, lungs, and digestive system. Overexposure can also lead to death.

Following that, Saiful Bahri said five families from five house that are located about 150 metres from the river were ordered to be evacuated.

He said the evacuated residents are currently housed at the village’s community hall.

“At present, we are trying to control the affected area and are tracking the spill upstream to determine the source,” he said.