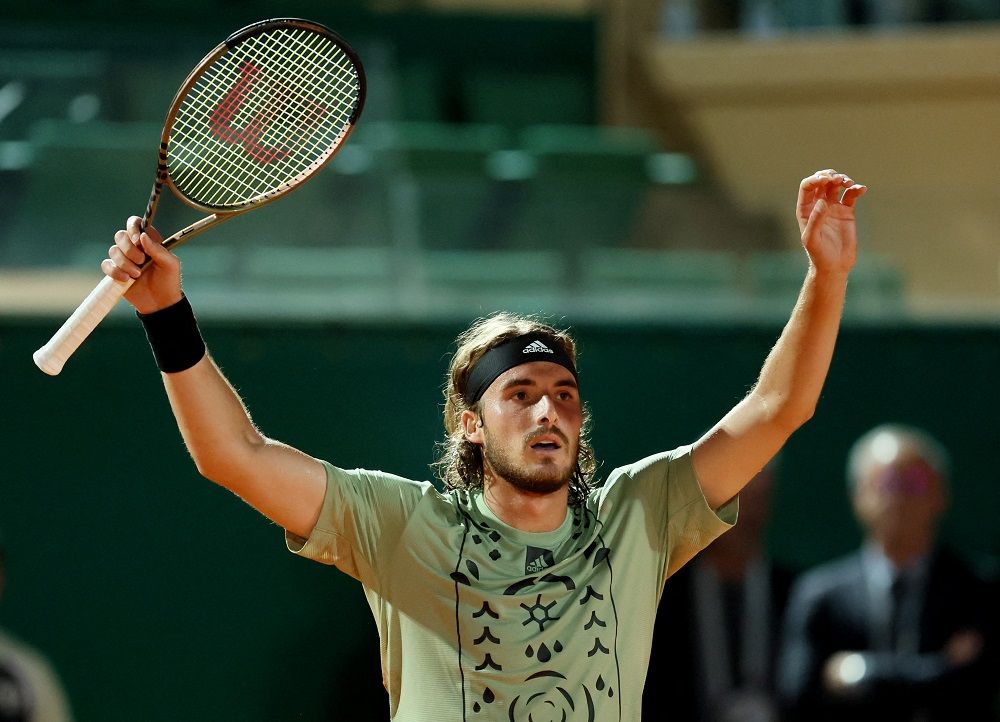 Greek third seed Tsitsipas had been a set and 5-2 ahead at one stage and seemingly cruising to the last four.

However, his Argentine opponent hit back only to be thwarted in a quarter-final which wrapped up at 11.00pm local time.

“I don’t think I’ve ever made such a comeback in my career. It was crazy… I found the resources and I’m proud of it,” said Tsitsipas.

Alejandro Davidovich Fokina and Grigor Dimitrov advanced to the other semi-final.

“Sad to have won,” said an ironic Zverev to a crowd made up of many vocal Italians.

The 22-year-old Spaniard, ranked 46th in the world, ousted world number one Novak Djokovic in the second round.

“When you beat the world number one it gives you a lot of confidence physically, mentally and technically,” said Davidovich Fokina.

“I am pushing myself every match to play harder and harder.”

Zverev, the world number three, shrugged off a thigh problem and looked to have the upper hand, reeling off a series of 13 winning points for a 4-1 lead in the first set against a 20-year-old opponent nursing a blistered foot.

But Sinner, buoyed on by a vocal Italian crowd on the French Riviera not far from home, fought back to 4-4, with a Zverev double fault then allowing the Italian to wrap up the first set.

Sinner broke again in the second set to lead 2-1, but Zverev dug deep to pull ahead 5-3 and hold serve for a set all.

The pair traded breaks again in the third set with Olympic champion Zverev edging a tight tie-break on his first match point to return to the semi-finals for a second time after 2018.

Fritz had problems even in the first set as his Spanish opponent piled on the pressure – the American complaining of stomach pains twice before receiving treatment from a doctor courtside.

The 10th-seeded American, who ended Rafael Nadal’s unbeaten start to the season to lift his maiden Masters trophy in Indian Wells in March, nevertheless secured the first set with a second break of serve.

Davidovich Fokina battled back and levelled the match with his first set point when Fritz, surprised at the Spaniard retrieving a smash, sent his shot out.

A netted smash from Fritz gave Davidovich Fokina two match points, the first of which was saved but the Spaniard made no mistake with the second, hitting a sublime right-handed winner.

Dimitrov sealed victory in a thrilling final set tie-break to reach the last four in Monte Carlo for the second time after 2018.

The Bulgarian secured the only break of the first set to love in the third game and held his advantage with 11th-ranked Hurkacz doing likewise in the second, breaking 4-2 with consecutive drop shots that caught his 29th-ranked opponent off-guard.

In a gripping third set, the Pole broke twice and was serving for the match at 5-4, but the former world number three clawed his way back, going on to dominate in two hours, 27 minutes to continue his push to reach a third Masters final. – AFP