Tom Brady un-retires, says he will return to NFL’s Bucs 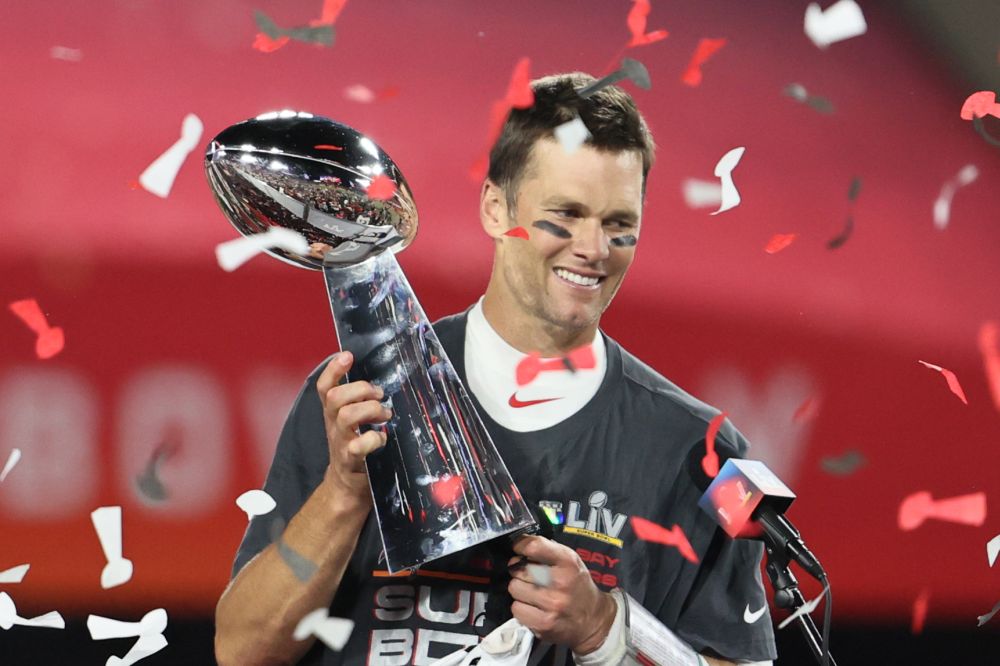 MIAMI, March 14 — Seven-time Super Bowl champion Tom Brady said Sunday he has changed his mind about retirement and will return to the NFL next season with the Tampa Bay Buccaneers.

Brady won six titles in 20 seasons with the New England Patriots then moved the Bucs in 2020 and led them to a championship.

But Tampa Bay lost to the eventual champion Los Angeles Rams in January in the playoffs and Brady announced his retirement last month.

Now superstar quarterback Brady, who turns 45 in August, says he wants at least one more chance at a championship.

“These past two months I have realised my place is still on the field and not in the stands,” Brady said in a social media posting. “That time will come. But it’s not now.

“I love my teammates and I love my supportive family. Without them, none of this is possible. I’m coming back for my 23rd season in Tampa.

“We have unfinished business.”

Buccaneers coach Bruce Arians was thrilled to welcome back Brady.

“Tom Brady loves to play football as much as anyone I’ve ever been around,” Arians said.

“He’s still playing at a championship level and was as productive as anyone in the league last season. We are ecstatic that he decided to continue playing and working toward winning another championship.”

The Buccaneers simply posted a video of Brady on Twitter with the message: “He’s baaackkkk.”

The move comes in time for the Buccaneers to adjust their free agency and NFL Draft plans to allow for the legendary signal caller to be back in uniform in the upcoming season and not a major vacancy to fill.

“We’re thrilled that Tom has decided to come back this season,” Buccaneers general manager Jason Licht said. “We said we would leave all options open for him should he reconsider his retirement and today’s announcement is something we have been preparing for in recent days.

“Bruce and I have had plenty of conversations with Tom recently that led us to believe there was a realistic chance he’d want to come back.

“Tom is the greatest quarterback of all time who is still playing at an elite level. With this decision now made, we will continue to move forward with our off-season plans to reload this roster for another championship run.”

The retirement lasted 40 days after taking days to become confirmed in the first place.

After speculation and reports that Brady was going to hang up his cleats for the last time, the husband of model Gisele Bundchen confirmed his retirement plans on February 1, saying then he no longer felt he could commit to American football.

But the player hailed as the GOAT (Greatest of All Time) has found he’s ready to handle the hours of workouts in order to prepare for another title quest with the Buccaneers.

Among the most excited people to hear about Brady’s return was Rams cornerback Jalen Ramsey, who had been the defender Brady victimised for his final career touchdown pass. Now other defensive backs could face that fate.

“THANK YOU,” Ramsey tweeted, “throw that last touchdown on somebody else.”

Brady will be rewriting the NFL record book every week. He already owns NFL career passing records with 7,263 completions on 11,317 attempts for 84,520 yards and 624 touchdowns.

The record he wants to erase the most is the one he holds as the oldest player to play in and win a Super Bowl, a stage he graced no fewer than 10 occasions.

His legacy includes a fightback victory in the 2017 Super Bowl when he led New England from a 25-point deficit to complete the greatest comeback in Super Bowl history.

Brady said last month he would recall his career as a “thrilling ride” and would “remember and cherish these memories and re-visit them often,” saying he felt like “the luckiest person in the world.”

For all the accolades Brady received from sports stars around the world, he actually took the advice of retired NBA icon Shaquille O’Neal, who tweeted last month that Brady should “Get your butt up and do one more year.” — AFP