The next iPhone will come with a USB-C port, thanks to the EU 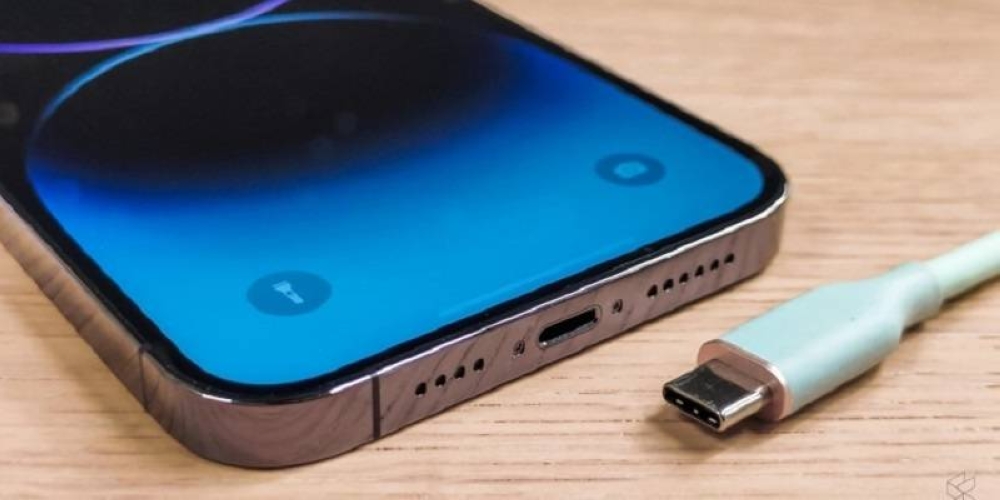 The European Parliament has passed a law to make USB Type-C the standard charging port from autumn 2024. – SoyaCincau pic

KUALA LUMPUR, Oct 6 – The great divide between Apple and the rest of the world on phone chargers will finally come to an end, with the European Parliament passing a law to make USB Type-C the standard charging port from autumn 2024. Yes, that means Cupertino will have to ditch the Lightning standard it introduced on the iPhone 5 back in 2012.

European Union lawmakers voted overwhelmingly in favour of the new ruling yesterday, confirming an agreement made between component countries in June. This means any company that wants to continue selling devices in any of the 27 European nations will be forced to adopt the USB-C standard within the next two years, including Apple.

This landmark ruling ends the EU’s decade-plus fight for a standardised charging port, prompted by customer complaints about having to switch chargers for different devices. It covers a total of 13 different categories of devices, up from the seven listed in the original proposal from the European Commission (EC).

Not only will the law affect phones, tablets and cameras as previously envisioned, but it has also been expanded to include laptops, although the deadline for those is two years later in 2026. The extension will give manufacturers more time to adopt the USB-C standard, although many companies — like Apple — have already done so. As for the non-USB-C chargers themselves, those will be allowed to remain on sale, so that consumers can continue using older devices.

The EC has said that consumers will save an estimated EUR250 million (RM1.15 billion) by using a single charger for all their devices. A study it published in 2019 showed that half the chargers sold in 2018 had a Micro USB connector, compared to 29 per cent with a USB-C connector and 21 per cent with a Lightning connector. That ratio would’ve likely changed significantly since then, however, given the massive popularity of USB-C phones these days.

Apple has fought strongly against the proposal, claiming that the law would “hurt innovation and create a mountain of electronics waste.” But analysts say that the decision may actually help the company if it encourages more shoppers to check out its devices. Apple has, of course, been preparing for the ruling for a while now — it has already fitted a USB-C port to its iPad Pro, Air and Mini tablets, and the tenth-generation iPad is also expected to get it.

On the iPhone side, the company is preparing a USB-C-equipped model, Bloomberg’s well-known Apple analyst Mark Gurman reported back in May. It’s expected to be launched next year at the earliest, which means it has to be the iPhone 15 series. A Lightning to USB-C adapter is also said to be in the works that will enable customers to use existing accessories, similar to the 30 pin to Lightning adapters that were introduced alongside the iPhone 5.

Apple will also need to eventually release new AirPods models with USB-C ports, as the EU ruling will affect earbuds, too. But it looks like the company will be able to continue to sell existing devices with Lightning ports, at least for a while — the Reuters article isn’t exactly clear on this, but it does state that older non-conforming models are expected to be phased out gradually, according to prominent lawmaker Alex Agius Saliba.

This means older iPhones with the Lightning port, namely the 13 and 14, should still be allowed to remain on sale even after the cutoff. The iPhone SE, on the other hand, will likely get a substantial update with the addition of the USB-C port in the first half of 2024, if Apple follows the slower two-year lead time between the 2020 and 2022 models.

While Apple isn’t legally required to sell USB-C iPhones outside of Europe, it wouldn’t make sense for the company to spend the money to develop two different models for different regions. But if it did, it wouldn’t be the first time — the SIM card tray was dropped on the iPhone 14, but only in the US. – SoyaCincau