The case for windfall taxes 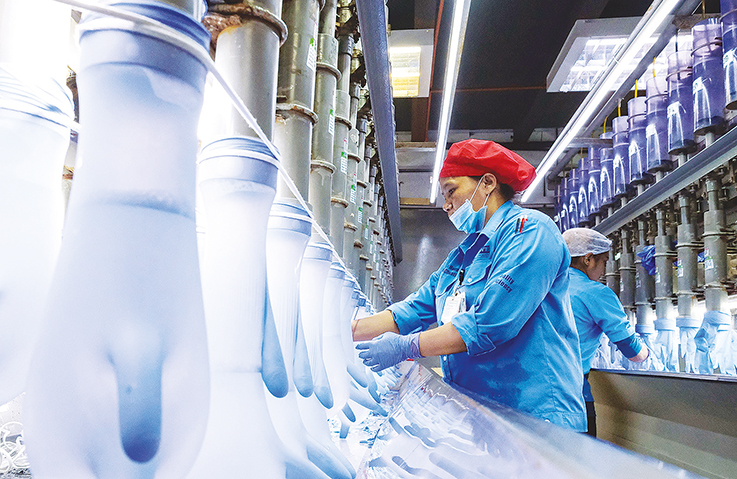 In most countries, windfall taxes for a particular sector occur only once throughout the nation’s history

There is, predictably, a fair share of criticism against this proposal for windfall taxes. They largely fall into these narratives: (a) “Why punish companies for their success?”; (b) “Isn’t it better to allow these companies to reinvest their profits to expand and diversify the business, thereby providing more jobs?”; (c) “This will spook foreign investors away.”

Before we address these criticisms, it is important to demystify what exactly are windfall taxes.

First and foremost, windfall taxes are generally: (a) One-off; (b) imposed only upon an extremely rare historical event; (c) towards a very specific and limited industry; and (c) whereby the profits of said companies are astronomically high (in contrast to merely very high profits).

It doesn’t occur every other year. In most countries, windfall taxes for a particular sector occur only once throughout the nation’s history.

It is also key to appreciate that taxes — including windfall taxes — redistribute wealth from a fortunate few to the masses, both to achieve larger long-term social good and, perhaps more importantly, to future-proof the nation through investment in education, technology and digitisation. Although rare, there is a precedent for windfall taxes across the globe.

In 2008, Sweden’s hydropower and nuclear power sectors were subject to various special taxes due to the windfall profits generated.

In 2018, Thailand introduced a 5% windfall tax for developers and landlords who gain financially from government investment in public transport.

Malaysia is also no stranger to windfall taxes. In 2008, a one-off windfall tax of 30% was imposed on the return on assets above 9% for independent power producers (IPPs).

In January 2020, a windfall tax of 3% was imposed on palm oil producers whenever palm oil prices went above RM2,500 per tonne.

We are all familiar with the astronomical profits earned by glove manufacturers, many which skyrocketed by triple digits in percentage.

Looking at the numbers, one could certainly make the case for windfall taxes to be imposed on glove manufacturers. Allow me to now address the above criticisms in detail.

On “punishing companies”, no one denies that much effort is put into building glove companies into where they are today. But one could also take the view that the glove manufacturers’ astronomical success today is not solely due to their industriousness, but largely due to a stroke of extremely good luck due to the pandemic.

In other words, they are more akin to lottery winners than hardworking entrepreneurs. To quote economist Andrew Leigh on windfall taxes: “Taxing luck is fairer than taxing hard work.”

On the “reinvesting in business” argument, the assumption is often that the profits of previous years are the only source of investment for glove manufacturers.

That is not true, simply because glove manufacturers should face no issue in the next few years raising funds from external sources such as bank loans.

No doubt, the interest incurred means the overall projected investment is less. But you cannot view things in a vacuum: A balance needs to be struck between reinvestment of business and the enormous social good achieved by a windfall tax. If the end result is that glove manufacturers are still very likely to raise investments (albeit at a lesser scale) and windfall taxes manage to improve the lives of millions of Malaysians, it is a worthy trade-off.

One mustn’t also forget that Top Glove spent up to RM1 billion of its war chest recently to conduct share buybacks, instead of using it to reinvest in the company.

We all know that share buybacks are deployed to primarily enhance the wealth of shareholders, and not the company or its workers.

So, this assumption of magnanimous companies reinvesting to provide more jobs to Malaysians isn’t entirely true when you look at what is happening in reality.

On “spooking investors”, as mentioned earlier, windfall taxes happen extremely rarely and only towards one very specific sector. If this is communicated clearly and effectively by the government, it will reassure investors — which come from a multitude of sectors and are very unlikely to witness this blue moon event — that they will not be subject to it.

When Malaysia imposed windfall taxes on IPPs and palm oil producers, there is no evidence that it has turned off foreign and local investors from continuing to invest in Malaysia.

Further, we mustn’t forget that windfall taxes would also be channelled to improve the education system, reskill workers, spur digitisation, fund research and development for strategic areas and develop our transportation system — all which will make Malaysia a more attractive country to invest in the long run.

Again, we must remember the trade-offs one can benefit from windfall taxes, and to not look at things from only one perspective.

No government should lightly impose windfall taxes. But we are living in extraordinary times. The astronomical profits of glove manufacturers coincide with a sinking Malaysian economy that is in dire need of financial buoys.

From a moral and economic point of view, this further justifies the imposition of a windfall tax.

The other taxation alternatives to windfall tax, such as Goods and Services Tax (which the Perikatan Nasional government is considering to reintroduce) or a higher corporate tax which cuts across all industries, would no doubt creep deeper into the pockets of the rakyat and are more far-reaching in nature.

To conclude, if employed strategically and communicated effectively, windfall taxes can play a valuable role in uplifting Malaysia, especially in these trying times.

The views expressed are of the writer and do not necessarily reflect the stand of the newspaper’s owners and editorial board.

The post The case for windfall taxes appeared first on The Malaysian Reserve.