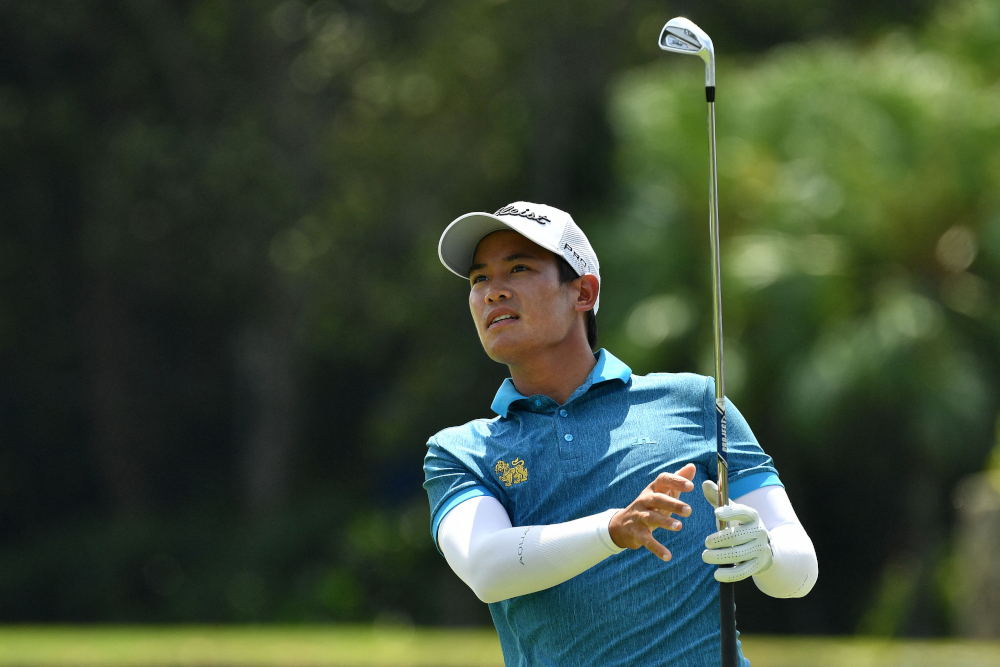 Rattanon Wannasrichan of Thailand playing a shot during round two of the Singapore International golf tournament in Singapore, January 14, 2022. — Paul Lakatos/Asian Tour handout pic via AFP

SINGAPORE, Jan 14 — Thailand’s Rattanon Wannasrichan carded a six-under-par 66 to seize the second-round lead at the Singapore International today, thanks to a sensational eagle on the closing par-five 18.

The 26-year-old started his round six shots behind first-round leader Khalin Joshi of India. When play resumed, he stormed out of the blocks quickly by firing four birdies on holes two, seven, eight and nine to turn in 32.

Rattanon added another birdie on 12 before dropping a shot on the par-three 14. An eagle-three on the 18th then gave the Thai the outright lead as he heads into the weekend rounds with a two-shot cushion over Joshi and 14-year-old Thai amateur Ratchanon Chantananuwat with his two-day total of five-under-par 139.

“I played very well today. I only had one bogey, and it was a three-putt. I’m super happy considering the tough course conditions,” said Rattanon.

Joshi could not replicate his opening day heroics at the Tanah Merah Country Club as he struggled with his putting all day before settling for a 74.

“My putting wasn’t good today. It wasn’t a good day on the greens for me… Obviously, it was tough out there. It’s not going to be easy. The winds were up.

“But overall, I’m in a good position and just looking forward to the next two days,” said Joshi. — AFP