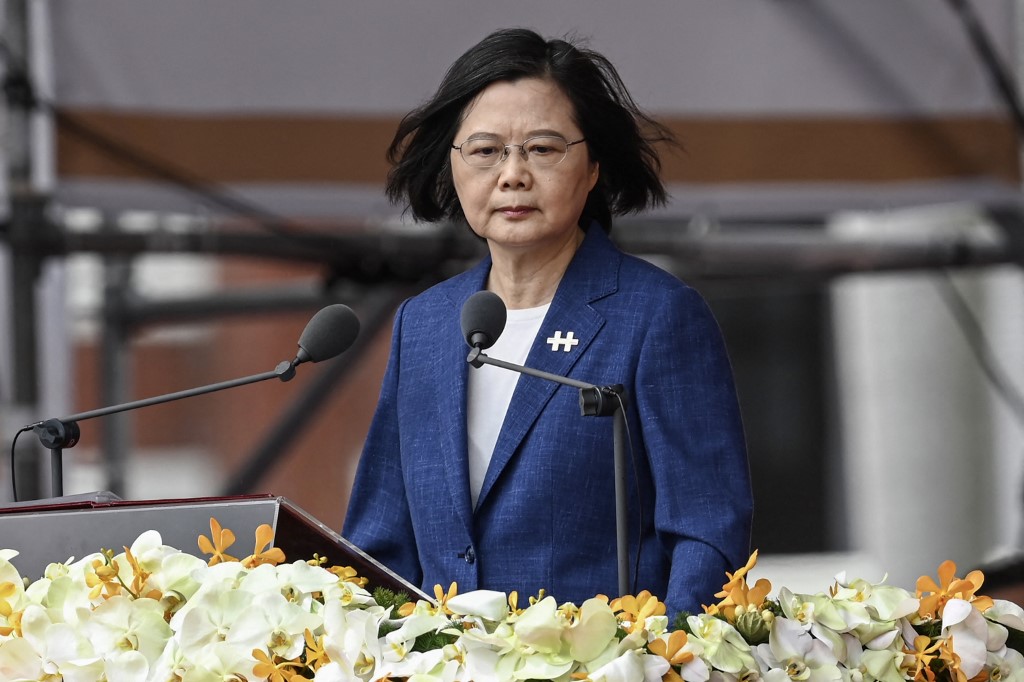 Earlier, president Tsai Ing-wen stressed that Taiwan would not bow to the pressure by Beijing, describing the island as ‘standing on democracy’s first line of defence.’ — AFP pic

WASHINGTON, Oct 28 – Taiwan’s President Tsai Ing-wen said she has “faith” that the United States will defend the island in the event China launches a military strike, in an interview with CNN broadcast yesterday.

“I do have faith” that US forces would help defend Taiwan, Tsai told the news network, adding that Washington’s commitment includes sending Americans to train Taiwan’s military – a programme confirmed to AFP by a Pentagon official earlier this month.

“We have a wide range of cooperation with the US aiming at increasing our defence capability,” Tsai said.

But she also insisted she hopes that China and Taiwan can “co-exist peacefully” despite the current knife-edge atmosphere.

The remarks come as tensions soar in East Asia, where incursions by Chinese warplanes into Taiwan’s air defence zone have spiked in recent weeks.

The strain has risen to its highest in decades under Chinese President Xi Jinping, who broke off official communication with Taipei following Tsai’s election five years ago and ramped up economic, diplomatic and military pressure.

Earlier this month, Tsai stressed that Taiwan would not bow to the pressure by Beijing, describing the island as “standing on democracy’s first line of defence.”

Self-governed Taiwan’s 23 million people live under the constant threat of invasion by authoritarian China, which views the island as its territory and has vowed to one day seize it, by force if necessary.

Despite the persistent threats and aggression from Beijing, Tsai told CNN she is willingly to meet with Xi in order to “reduce misunderstanding” and address the differences in their political systems.

“We can sit down and talk about our differences, and try to make arrangements so that we will be able to co-exist peacefully,” she said.

US President Joe Biden told a televised forum last week that Washington was ready to defend Taiwan from any Chinese invasion.

The remarks were swiftly walked back by the White House, which wants to maintain a strategy of ambiguity on whether it would intervene militarily if China were to attack. – AFP