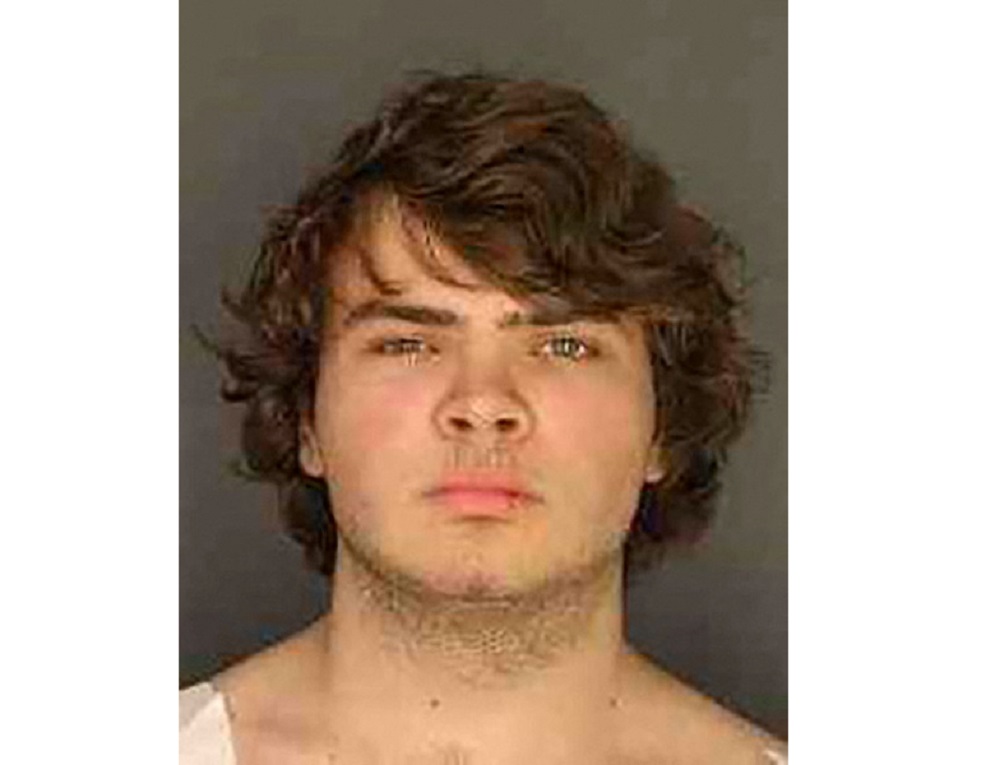 Members of the FBI and Buffalo Police Department collect evidence at the scene of a shooting at a TOPS supermarket in Buffalo, New York May 15, 2022. — Reuters pic

BUFFALO, May 17 — The 18-year-old man accused of the deadly mass shooting in Buffalo, New York, visited the city in March and the day before the rampage, police said yesterday, as public figures decried the suspect’s racist ideology and the spread of white supremacy.

The FBI said Payton Gendron, 18, who is white, committed an act of “racially motivated violent extremism” when he opened fire with a semi-automatic rifle on Saturday at the Tops Friendly Market in a predominantly African-American neighbourhood of Buffalo. Eleven of the 13 people struck by gunfire were Black.

Ten of the victims — nine shoppers and a retired police officer working as a store security guard who exchanged gunfire with the assailant — were killed in the rampage, part of which the gunman live-streamed on a social media platform.

Gendron, who police said surrendered to officers confronting him inside the store after he held the gun barrel to his own chin, has been jailed without bail on a charge of first-degree murder. He pleaded not guilty.

Investigators have said they are searching through phone records, computers and online postings, as well as physical evidence, as new details about Gendron’s past and meticulous planning emerged.

The Washington Post reported yesterday that Gendron, a resident of Conklin, New York, near the Pennsylvania border, roughly 200 miles from Buffalo, made an “apparent reconnaissance” trip to the Tops store in March to map out its layout and location in preparation for the attack.

He was confronted there by a store security guard, who thought he looked suspicious, according to the Post, citing an account of the visit that the newspaper said was posted online by an individual identifying himself as Gendron.

Buffalo Police Commissioner Joseph Gramaglia said at a news briefing yesterday the suspect had visited Buffalo in early March, but he declined to confirm other details of the probe reported by the Washington Post or other news media.

Authorities said the suspect returned to Buffalo on Friday to undertake a final “reconnaissance” of the area.

Gendron came to the attention of local law enforcement last June, when police detained him after he made a threat at his high school, Gramaglia told reporters said. He was given a mental health evaluation and released after 1-1/2 days.

The Post said the trip to Buffalo in March was detailed in messages compiled in a 589-page document posted on an internet messaging platform but since removed.

The document referred to the Tops store as “attack area 1” and described two other nearby locations as targets to “shoot all blacks,” the Post reported. The writer said he counted 53 Black people in the Tops at the time of his visit, according to the account.

Police confirmed that they are investigating Gendron’s online postings, including a 180-page manifesto he is believed to have written outlining the “Great Replacement Theory,” a racist conspiracy notion that white people are being replaced by minorities in the United States and elsewhere.

Experts say the trend of mostly young white men being inspired by previous racist gun massacres is on the rise, citing such incidents as the 2015 attack at a Black church in Charleston, South Carolina, a 2018 shooting at a synagogue in Pittsburgh, and a 2019 rampage at a Walmart in a Hispanic neighbourhood of El Paso.

Erie County District Attorney John Flynn announced that a 52-year-old Buffalo man had been charged yesterday with making a terroristic threat after placing menacing telephone calls on Sunday to a both a local pizzeria and a brewery in which he made reference to the Tops grocery shooting.

“We can’t sugarcoat it, we can’t try to explain it away talking about mental illness,” Crump said, surrounded by the weeping family of Ruth Whitfield, an 86-year-old woman who was among those slain at the Tops supermarket.

Other victims included a pharmacist, a church deacon, and a young man who pushed grocery carts and did other jobs.

If the suspect had not been stopped, authorities said he planned to continue the killings, possibly targeting another large store nearby.

Authorities said that Gendron on Saturday, wearing body armor, arrived at the Tops store and began his assault with the semi-automatic rifle, which he had bought legally but then modified. Law enforcement found an additional rifle and a shotgun in his car.

The gunman broadcast the attack in real time on the social media platform Twitch, a live video service owned by Amazon.com Inc. The video service said it removed the broadcast within minutes. — Reuters