Stout Is Underrated. Here Are 6 Reasons Why You Should Be Thirsting For This Unique Brew 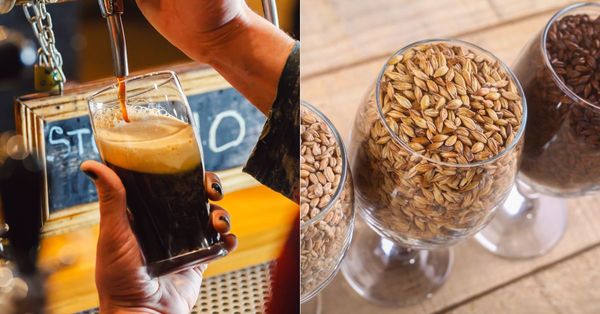 Did you know that International Stout Day is celebrated every year on the first Thursday of November?

There are many variations of beer which you can find today. However, one that stands out for its richer, fuller-bodied taste is English stout.

The history of stout goes way back to the 1700s. Stemming from the English Porter beer, the brew was particularly favoured among the working class.

Fast forward to the 21st century, it remains one of the favourite craft brews among drinkers, so much so that Erin Peters, commonly referred to as the Beer Goddess, kickstarted Stout Day on the first Thursday of November in 2011. It was such a hit that it went on to become a worldwide celebration.

Stout is distinguishable from regular beer, thanks to the addition of roasted barley and a variation of malts, such as caramel, lager, and brown malts. While the brew does have its fans, stout is still massively underrated.

Here are top six characteristics of stout that leaves people pining for a sip:

1. It’s less gassy than other styles of beer

This mainly boils down to the way each type of beer is brewed. Unlike regular beer, stout features smaller bubbles from the carbonation process, which employs a mix of carbon dioxide and nitrogen gas.

Since nitrogen gas has smaller bubbles (and a whole lot more of them compared to carbon dioxide), stout beer tends to not only have a creamier, fuller-bodied mouthfeel, but is also easier on your stomach.

Stout is essentially a more complex style of brew compared to other beers. It usually features a blend of different malts, which often offers notes like coffee, chocolate, and even caramel.

Plus, the addition of roasted barley typically adds a dry character or bitterness. This gives stout its perfectly-balanced and robust taste that many enjoy the brew for.

3. It pairs well with lots of decadent desserts

Image via @alex-dugquem (Pexels via Canva)

A great thing about stout is that it pairs well with delicious desserts, from decadent chocolate types to fruity styles. This is because stout beers tend to have a sweeter flavour profile compared to your regular draught beers.

Chocolate in particular goes really well with stout, which brings out the chocolatey richness in desserts, whether you use it as an ingredient (like in ice cream) or enjoy them separately, taking sips of stout in between bites of cake.

4. It goes great with meals as well, from simple seafood dishes to rich cuts of meat

Full-bodied English stout has a reputation for enhancing the dining experience. Shellfish like oysters are popular traditional accompaniments because its brininess highlights stout’s rich, bodied mouthfeel.

If you’ve ordered other types of seafood like fried calamari (or something salty like fries) to enjoy with your stout, you’ll understand how this savoury quality just makes the combo super addictive. 😉

The word “stout” for the dark beer has come a long way — its first known use was found in a document dating back to 1677 in the Egerton Manuscript. To complement its bold taste, and focus on the fact that it was a strong beer, and not a dark beer, the adjective “stout” meant “proud” or “brave”.

After the 14th century, however, the term took on the connotation of “strong” — a closer meaning of what stout truly represents.

6. It comes in several unique styles

The beauty of stout also lies in its versatility. From oatmeal stouts to chocolate stouts, there are many evolved versions of the brew that exist.

Oatmeal stout is often characterised as silky-smooth and rich-bodied, with lovely hints of chocolate and coffee. This is in part thanks to the oaty addition in the brew, typically sporting a hue that is dark brown to black.

Another example is chocolate stout. This kind of stout is made from roasted chocolate malt, which gives the drink a distinguishable dark chocolate flavour.

Feeling thirsty for some good English stout yet?

In celebration of International Stout Day, Connor’s Stout Porter wants to showcase the best of the brew with lots of exciting promotions and gifts!

For the entire month of November, stout lovers will be delighted to know that they can raise a glass (or can), and say cheers to the good times with Connor’s Stout Porter.

You’ll stand to win amazing prizes from top-notch British brands such as Paul Smith, Marshall, and Ted Baker. All you gotta do is buy and enjoy Connor’s Stout Porter.

Here’s a closer look at the promotion:

Image via Connor’s (Provided to SAYS)

– There are plenty of Connor’s merchandise up for grabs!

Now on to the fun part. Did you know that it’s super simple to enjoy the perfectly balanced taste of Connor’s Stout Porter wherever you may be? It’s as simple as one, two, three!

Here’s how you can best enjoy the bold taste of Connor’s:

Step 1: Make sure the stout can is chilled between 5?C to 8?C

Step 2: Gently shake the can until you no longer hear any sloshing sounds

Either way you drink it, you can expect a smooth, balanced taste with every sip.

To get a perfectly creamy head, Step 2 is really important, so make sure to shake until you’re absolutely certain there aren’t any sloshing sounds coming from the can.

Image via SPARK (Provided to SAYS)

Can’t wait to sip on this tantalising brew and win some luxe prizes from famous British brands? Get yourself some Connor’s Stout Porter from the nearest pub, restaurant, supermarket, hypermarket, food courts, and Chinese coffee shops today!

You can also get Connor’s Stout from Shopee.

As a reminder, the legal drinking age in Malaysia is 21 years old. That means you need to be 21 and non-Muslim in order to buy and consume alcohol. Remember to always drink responsibly and in moderation. Don’t drink and drive. If you plan to drink, try carpooling with a friend who isn’t drinking or catch a cab instead of driving. #CelebrateResponsibly

For more stories on SAYS: