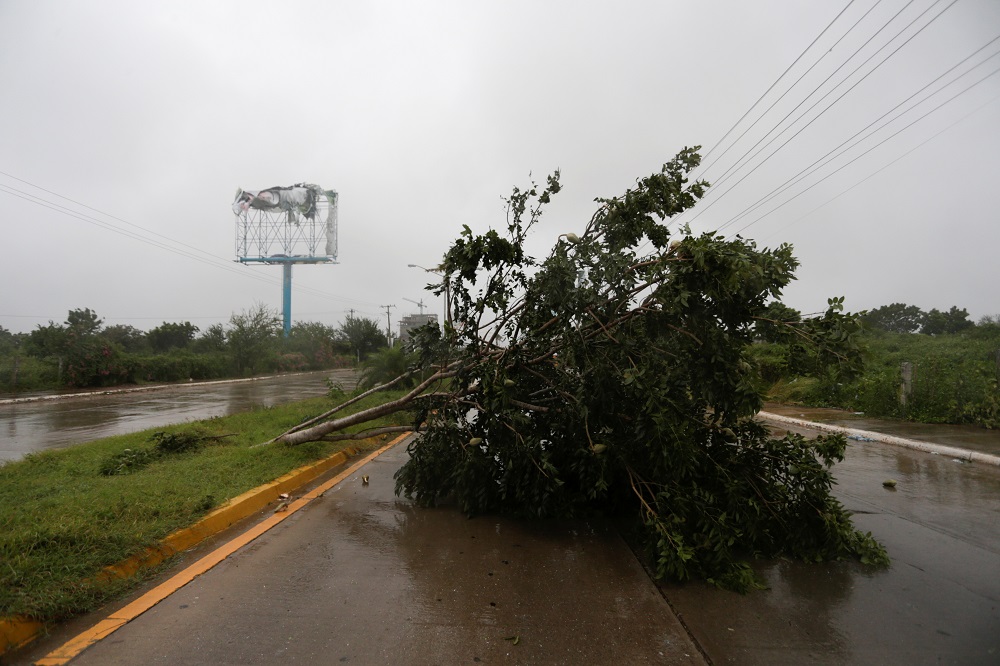 Mexico’s National Guard police said officers helped some people trapped in their homes by flooding, and were working to clear debris and dozens of fallen trees in the beach resort of Mazatlan. Some shops and restaurants in the area were damaged, the National Guard added in a statement.

Reuters images showed palm tree fronds whipping in the wind and a bank with its windows blown out.

Sinaloa is the country’s top grower of corn, Mexico’s staple grain, as well as a major producer of tomatoes and other fruits that figure prominently in the country’s agricultural exports to the United States.

The NHC’s latest advisory ranked Pamela as a tropical depression about 255 miles (415km) northeast of Mazatlan and said it was packing maximum sustained winds of 35 miles per hour (55 kph).

“The centre of Pamela will continue to move over Central Mexico until dissipation,” the NHC said.

Pamela is set to unleash another 1 to 3 inches of rain in western Durango state and northern Nayarit state yesterday evening, before bringing rain to parts of Texas and Oklahoma through today.

Before reaching Sinaloa, Pamela passed near the southern tip of the Baja California Peninsula, home to key tourist destinations such as Los Cabos, where no damage was reported. – Reuters