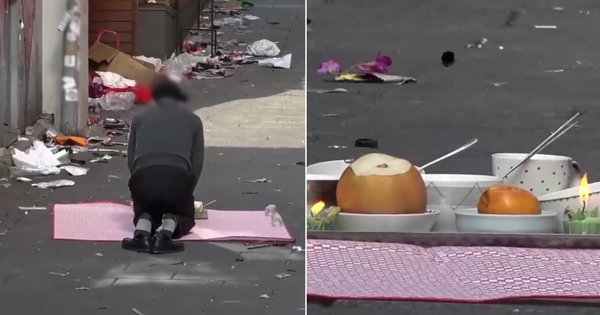 The world was wrought with grief when a Halloween event held in Itaewon, South Korea, on 31 October, left at least 156 individuals dead and even more injured

The horrific incident was speculated to have been caused by an overwhelming crowd surging through a small lane to enter the Itaewon area. There were reportedly 100,000 people gathered in in the area for Halloween that night.

Due to the large number of people passing through a small lane, people reportedly began to push against each other. Many victims were reported to have been shoved to the ground, crushed to death, or slowly suffocated by the crowd.

Many of the victims were reportedly teenagers and young adults. Seoul police are currently focusing their efforts in identifying the bodies of the victims.

Crowded alleyway at Itaewon before tragedy struck.
Image via CNN

Image via The Guardian

South Korea held a nationwide wake to mourn the lives lost in the tragedy. Many memorials have been set up in different cities to allow citizens to pay their respects to the victims.

Many have called this the worst tragedy to have struck South Korea in 2022.

Memorial site dedicated to the victims of the Itaewon tragedy.
Image via allkpop

One store owner was evidently in immense sorrow, as reporters captured him setting up a prayer site in the middle of the street where the tragedy happened

Captured by the MBC News crew, the elderly man is a store owner and reportedly opened the doors of his shop so that people could escape from being crushed during the horrific night.

According to a comment below the video, a netizen said that the elderly man owned a clothing shop and he allegedly distributed his wares to anyone who lost their clothes and shoes during the tragedy.

The shop owner was seen bringing out a mat and laying it in the middle of the lane, where he proceeded to place a tray of food offerings and lit some candles for the dead.

After the small set up, he began to pray for the victims by kneeling and bowing his head to the ground.

His prayers were cut short when a policeman told him that he can’t pray in the middle of the lane and asked him to remove the prayer items from the site immediately.

The offerings the store owner had set up for the victims.
Image via MBC News (YouTube)

The store owner began to protest against the officer, begging him to allow his prayer site to remain where it was

“You can’t do this. This is where it (the tragedy) happened. I need to at least feed the (late) kids before they pass on,” the elderly man was heard saying as the officer tried to reason with him.

More policemen arrived at the scene but the store owner warned them to not touch the offerings and insisted on leaving the set-up alone.

It was then he began to break down crying, as the surrounding policemen comforted him. According to allkpop, the policemen were seen crying and grieving alongside the store owner.

The video ended with the prayer items still seen in the same spot, untouched.

A policeman comforting the elderly store owner as he cries.
Image via MBC News

You can watch the full video of the report below:

Here are some tips to keep in mind if you ever find yourself in a crowd crush: