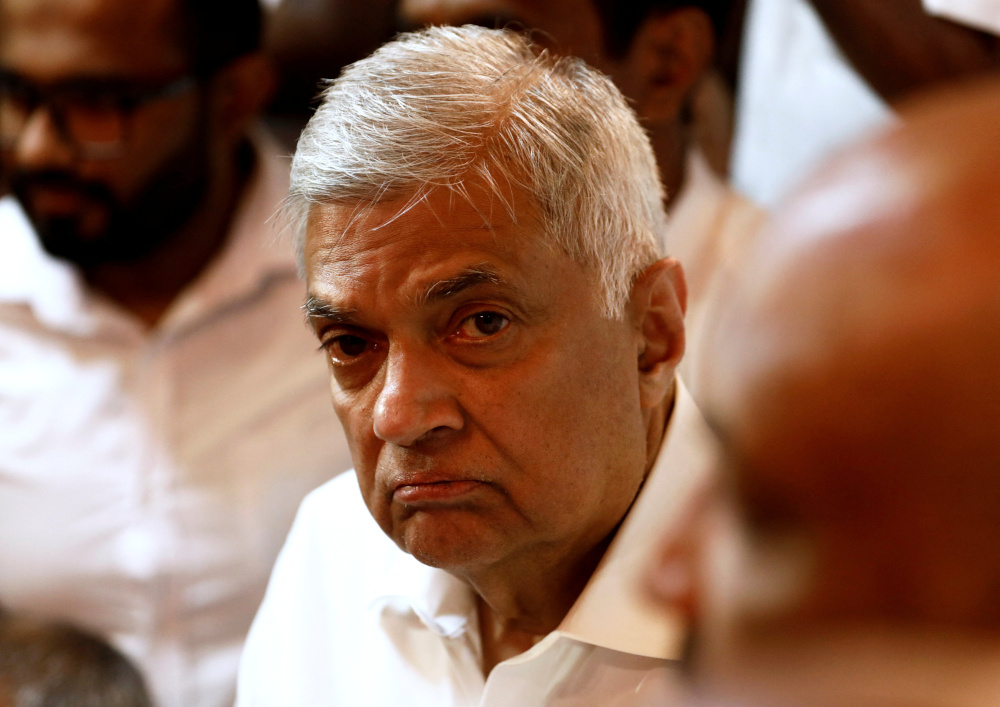 Ranil Wickremesinghe, the new prime minister, said in a televised address on Monday that the island nation had to face ‘unpleasant and terrifying facts’. — Reuters pic

COLOMBO, May 17 — Sri Lanka’s parliament reconvened today for the first time since violence flared last week and the prime minister quit, as his replacement warned that the country was in a precarious economic situation and down to its last day of petrol supplies.

Ranil Wickremesinghe, the new prime minister, said in a televised address yesterday that the island nation had to face “unpleasant and terrifying facts”.

“At the moment, we only have petrol stocks for a single day. The next couple of months will be the most difficult ones of our lives,” he said.

Foreign reserves had come close to zero from US$7.5 billion in November 2019, he added, with the country requiring US$75 million in the next few days to keep the economy running. Essential medicines had run out.

Power cuts could extend to as much as 15 hours a day because of the lack of fuel, which is mostly imported.

“For a short period, our future will be even more difficult than the tough times that we have passed,” he said.

More than a month of predominantly peaceful protests against the government’s handling of the economy turned deadly last week when supporters of former Prime Minister Mahinda Rajapaksa stormed an anti-government protest site in the commercial capital, Colombo.

Days of subsequent clashes between protesters, government supporters and police left 9 dead and over 300 injured.

Rajapaksa then resigned, leaving his younger brother Gotabaya Rajapaksa to rule on as president.

Sri Lanka’s economic crisis, unparalleled since its independence in 1948, has come from the confluence of the Covid-19 pandemic, rising oil prices and populist tax cuts by the Rajapaksas.

The chronic foreign exchange shortage has led to rampant inflation and shortages of medicine, fuel and other essentials, bringing thousands out on the streets in protest in the Indian Ocean nation, where China and India are battling for influence.

Wickremesinghe’s four cabinet appointments to date have all been from the Rajapaksas’ Sri Lanka Podujana Peramuna party, to the dismay of protesters, who want to exile the family from the nation’s politics.

He is yet to announce key portfolios including the crucial post of finance minister, who will negotiate with the International Monetary Fund for financial help.

Former Finance Minister Ali Sabry had held preliminary talks with the multilateral lender, but he quit along with Mahinda Rajapaksa last week. — Reuters