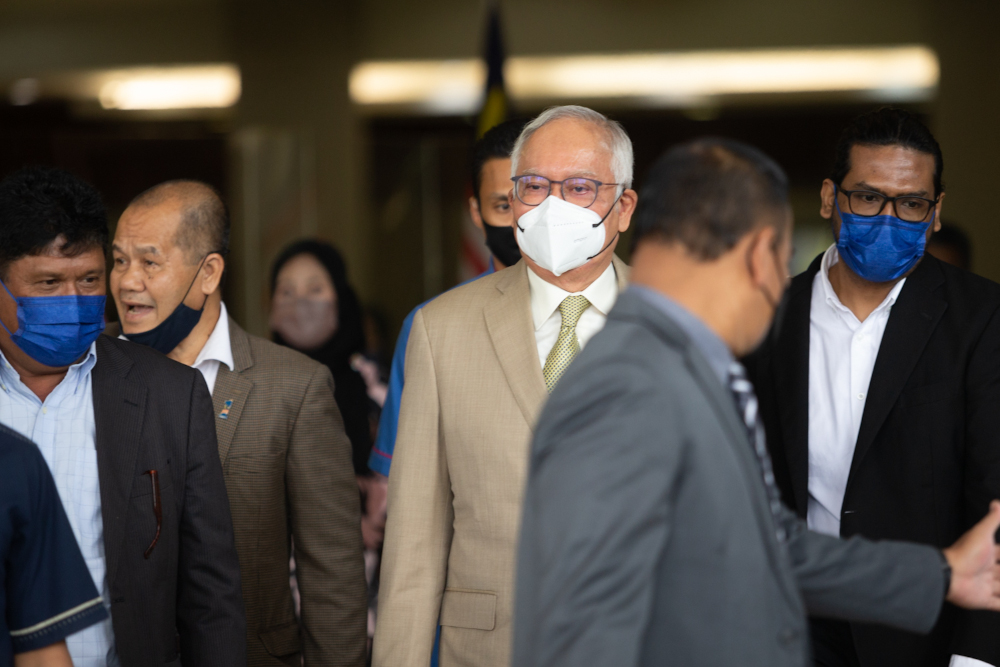 KUALA LUMPUR, April 13 — Datuk Seri Najib Razak has claimed that billions of ringgits of SRC International Sdn Bhd’s funds were misappropriated through dubious investments authorised by the former directors of the previous management.

He said out of over 31 “wrongdoings” purported to be discovered by the new management, 27 wrongdoings relate to the lack of proper due diligence and supervision over the affairs of SRC by its former guardians as the cause of loss of billions of ringgits.

“The constitution of SRC entrusts the directors exclusively on matters relating to investments to be undertaken. If indeed the former trustees in whom confidence was reposed had closed a blind eye and allowed the proverbial wolf into the coop, the betrayal of confidence ought to have been inquired into,” he said.

Najib, 68, said this in his statement of defence filed on April 4 to reply to SRC’s US$1.18 billion (RM4.99 billion) civil suit against him.

He also contended that any wrongful transfers of funds out of the company were due to its previous management as discovered by the company’s new management.

Najib dismissed as ridiculous the allegation that SRC directors’ investment decisions reflected his wish as then prime minister.

The former finance minister also alleged that SRC’s board has exclusive powers in determining investment decisions and policies courtesy of Articles 74, 75, and 78 of the company’s Memorandum and Articles of Association (M&A), as well as Section 131B of the Companies Act 1965.

In refuting SRC’s claim of fraud and wrongdoing, Najib said that the company’s own suit appeared to show that its eventual inability to repay the instalments that were due in 2015 was the result of the various unlawful acts of the SRC board.

Based on the circumstances surrounding Najib’s discharge of duties in public office, the former prime minister categorically denies committing any wrongdoing including the tort of misfeasance or abuse of public office or position, whether as PM or finance minister.

Najib stressed that he did not embezzle, misappropriate or convert any money from SRC or defraud SRC in any way nor did he even intend to do so and was not motivated by ulterior motive or improper motives or dishonest or reckless.

He also claimed that Article 117 of SRC’s M&A, itself prevents the adviser emeritus (Najib) from ever issuing advice unilaterally to the government-linked company.

Najib claimed that as per SRC’s corporate governance structure, advice from the adviser emeritus was subject to requests from the board.

He said that any such advice was limited to material matters and those of strategic interest to Malaysia and could not have affected any matter within the board’s exclusive powers.

Thus, Najib added that throughout the material time, he acted in good faith and discharged his duty as then prime minister and finance minister to further the national interest.

SRC as a plaintiff, in the writ of summons, alleged that Najib had abused his power and obtained personal benefits from SRC funds as well as misappropriated the funds.

SRC, which is now wholly owned by the Ministry of Finance Incorporated (MoF Inc) is seeking general damages, exemplary, additional and interest, costs and other appropriate relief deemed fit by the court. — Bernama