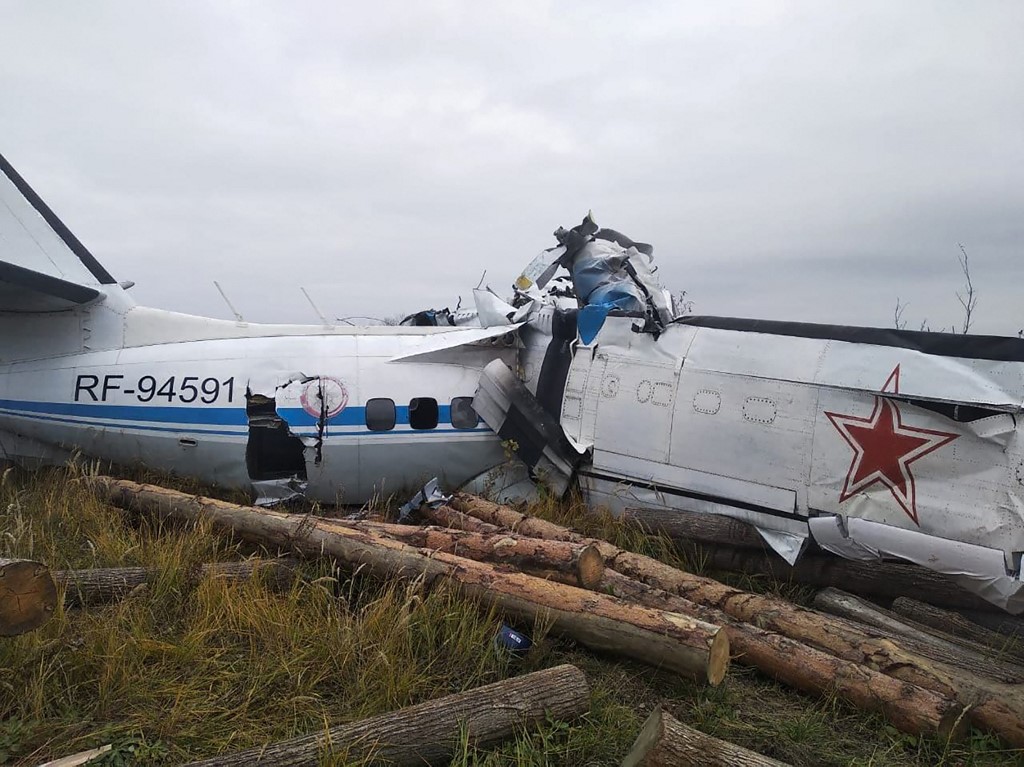 This handout picture taken and released on October 10, 2021 by the Russia’s Emergencies Ministry shows a wreckage at a site of the L-410 plane crash near the town of Menzelinsk in the Republic of Tatarstan. — AFP pic

The L-410 plane carrying 22 people crashed around 9:23 am (0623 GMT) near the town of Menzelinsk in the republic of Tatarstan, the ministry said on its Telegram channel.

“Six people were rescued, 16 were taken out without signs of life,” the ministry said.

The ministry had earlier said 15 people died and that the aircraft was carrying 23 people.

While the Menzelinsk club organises skydiving experiences for amateurs it has also hosted championships and training sessions for cosmonauts.

Images published by the ministry showed the aircraft broken in half with a severely dented nose.

The six survivors were taken to hospital, the local health ministry told the Interfax news agency.

Tatarstan head Rustam Minnikhanov, who travelled to the scene, said pilots had reported an engine failure and requested an emergency landing shortly after taking off.

He said the plane tried to avoid a nearby residential area as it approached for landing but “the altitude didn’t allow it”.

The plane hit a parked van with its wing and the aircraft turned over.

All the survivors were sitting in the back of the plane, club instructor Oleg Shiporov told TASS news agency.

Russian investigators have launched a criminal probe over the violation of safety rules.

Monday has been declared a day of mourning in Tatarstan.

According to Interfax, the plane belonged to the Voluntary Society for Assistance to the Army, Aviation and Navy of Russia, which describes itself as a sports and defence organisation.

The organisation was created in the 1920s and Soviet cosmonaut Yuri Gagarin, the first man to travel to space in 1961, has trained on its airfields.

The head of the Menzelinsk parachuting club said that it was not to blame for the accident.

“We are the best, we are among the top five clubs,” Ravil Nurmekhametov told TASS news agency, adding that the club had hosted European and World championships.

TASS cited a source as saying that the state Cosmonauts Training Centre has suspended its work with the club pending the investigation.

In 2018, two amateur skydivers died while completing a group free-fall jump at the Menzelinsk club after their parachutes got tangled.

The Czech-built L-410 light aircraft was one of the two planes used by the club, according to its website.

Russia was notorious for plane accidents but has improved air traffic safety in recent years with major airlines switching from Soviet aircraft to modern jets.