Set up PSC on corruption, integrity to ensure budget not abused, says G25 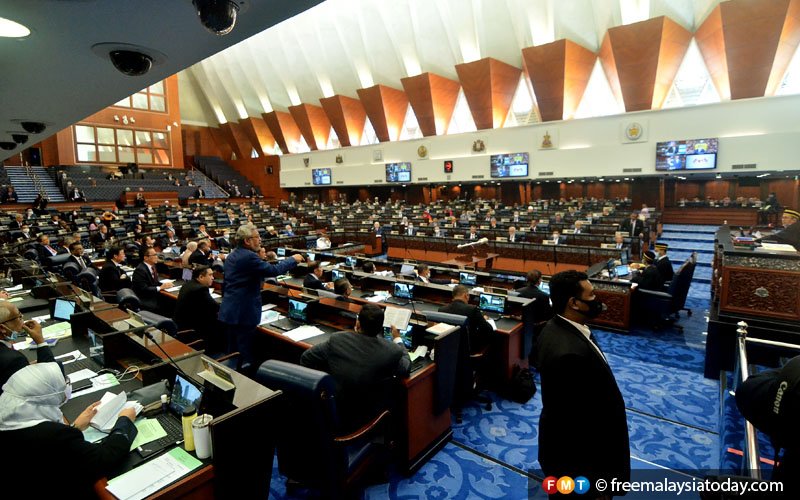 PETALING JAYA: The G25 group of former top civil servants today called for the formation of a Parliamentary Select Committee on Corruption and Integrity to ensure the 2021 budget is properly spent.

Welcoming the passing of the budget at the policy stage, G25 said the fact that the government was willing to accommodate the demands of the opposition showed the maturity of the Cabinet ministers.

“While the big expenditure is justified, the government must also demonstrate to Parliament that all the ministries and departments will spend their allocations productively to benefit the target groups without the wastage and leakages that seem to become a regular occurrence especially in recent years, as pointed out in the auditor-general’s reports to the Public Account Committee.

“These weaknesses are often associated with cronyism, favouritism and corruption. As such, they must not be allowed to happen again and again so that we can redeem our past reputation as one of the best managed economies among the fast-developing countries.

“G25 calls upon the MPs to make it a condition that their support and approval, when
the budget goes to the third and final phase of voting in mid-December, is contingent
upon the government agreeing to the formation of a Parliamentary Select Committee
on Corruption and Integrity, as suggested by an MP from the opposition,” it said in a statement.

It said the select committee should function as the eyes and ears of the people to hold “the political masters and their civil servants” accountable for their actions and to single out “those who are accomplices to mismanagement, fraud and corrupt practices”.

By establishing the select committee, Malaysia would be making a historic step towards implementing the urgent reforms on governance which past governments had promised but never delivered.

The opposition MPs, it said, must take advantage of the present fragile political position to pressure the PN government to agree on the establishment of the select committee before approving the budget.

On the passing of the budget at policy stage, G25 said it was encouraging to see that despite the heated controversy regarding the legitimacy of the government, the politicians were willing to put aside their differences “at this time of great suffering among the poor and those who lost their jobs and incomes due to the ravaging effects of Covid-19 on the economy”.

“All this spirit of togetherness in fighting the pandemic will have a positive impact on business sentiment and give us confidence for a recovery next year,” it said.

“G25 agrees with the views expressed among politicians on both sides of
the aisle that the budget should convey the message of unity and, therefore, the
allocations to ministries should not identify the beneficiaries by race and
religion. Nor should the budget be used for supporting the political interests of the
ruling coalition partners.

“We call upon Parliament to ensure that the budget is fair to all races, especially to
those doing small businesses in the informal sectors such as selling food and cheap items at roadside stalls and night markets to make a living for their families. They all
need help, whatever their race and religion.”

GE said despite the size of the budget being the largest in history, the increase was unavoidable, given the need to provide urgent assistance to the needy and to maintain the continued development and modernisation of the country, especially in education, health, infrastructure, agriculture, SMEs and technology.

However, it said, the government must reassess the large allocations that would be given to bodies like Jakim “as it cannot be justified when the budget allocation for hospitals and health institutions have been reduced”.

“Our ministries and the research institutions, especially the universities, must also be given more funds to acquire the state-of-the-art facilities to upgrade their response capabilities with accurate research and analytical tools so that they can deal with an emergency such as the one we are facing now, with better and more precise information.

“In addition, there is a need for the budget to provide support for facilitating structural changes from a labour-intensive to a knowledge-based economy where the value added, the labour productivity and the wage levels will be much higher than what they are today.”