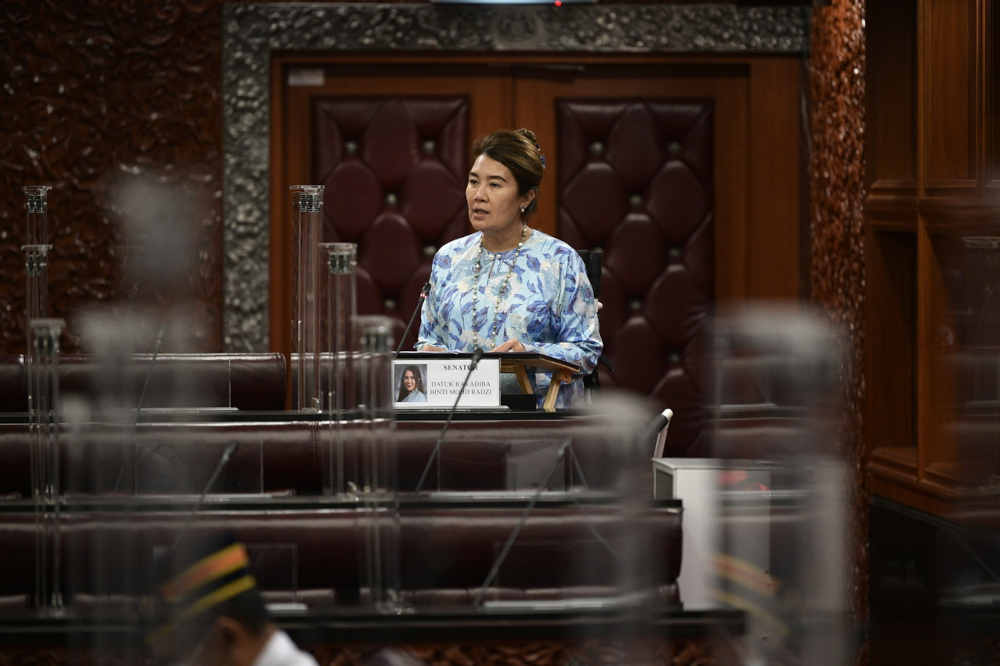 KUALA LUMPUR, April 9 — Senator Datuk Ras Adiba Radzi said today that she is not at liberty to make public comments on the ongoing court case involving a Down Syndrome teenager known as Bella.

Ras Adiba, who represents the Persons with Disabilities (PwD) community in the Dewan Negrara, said she has been following the case very closely despite not being physically present at the court hearings as the Covid-19 safety standard operating procedures (SOP) presently place limits on the attendance of non-parties.

“However, as this case is an ongoing one, I have been legally advised that I am not at liberty to make any public comments on the case as it may constitute interference with the due process of the law.

“Having said that, I find unfair the comments made by an individual who says she is fighting and working for Bella, particularly when it is alleged that I don’t care or that I am supposedly not seen there in the Court where Bella’s case is being heard,” she said.in a statement here.

The OKU Sentral president also said that she is accommodative to assist everyone in the PwD community, to serve its interests and articulate matters which will advance PwD rights.

Ras Adiba, who is also Bernama chairman, further denied the claim made by the individual that the national news agency is controlling the media and therefore Bella’s case is not being reported by other media organisations.

“We report the news the best that we can but we do not have control over the other media houses. This is an emotional time for everyone involved, my concern remains how to protect those vulnerable members of our OKU (PwD) community.

“The images that we all saw are heartbreaking and like everyone in the OKU community we want answers and justice must be served Bella is a beautiful child, she needs to protected, we need to ensure that a case like this never happens again in our country,” she said.

Ras Adiba added that she had faith in the Malaysian legal process and that while this case remains in the courts, she will not comment on the specifics of it.

She also thanked the Down Syndrome Association, those who have raised their voices on this issue and working hard on it, the volunteers, government agencies and media practitioners who are covering and will cover the case.

“As the Senator for Persons with disabilities (PWD), my door remains open and I have invited all related stakeholders to meet, so that I can monitor the ongoing developments. Hence, let’s all pray for the best, and pray for what is just and right, for Bella.”.

Bella’s plight went viral on social media last year after a woman claimed the teenage girl was splashed with hot water and tied up when under the care of Rumah Bonda, an NGO’s welfare home.

Subsequently, Rumah Bonda founder Siti Bainun Ahd Razali, 30, was charged with two counts of abandonment and abusing the 13-year-old girl resulting in the victim sustaining physical and emotional injuries in a condominium in Wangsa Maju here between February and June 2021.