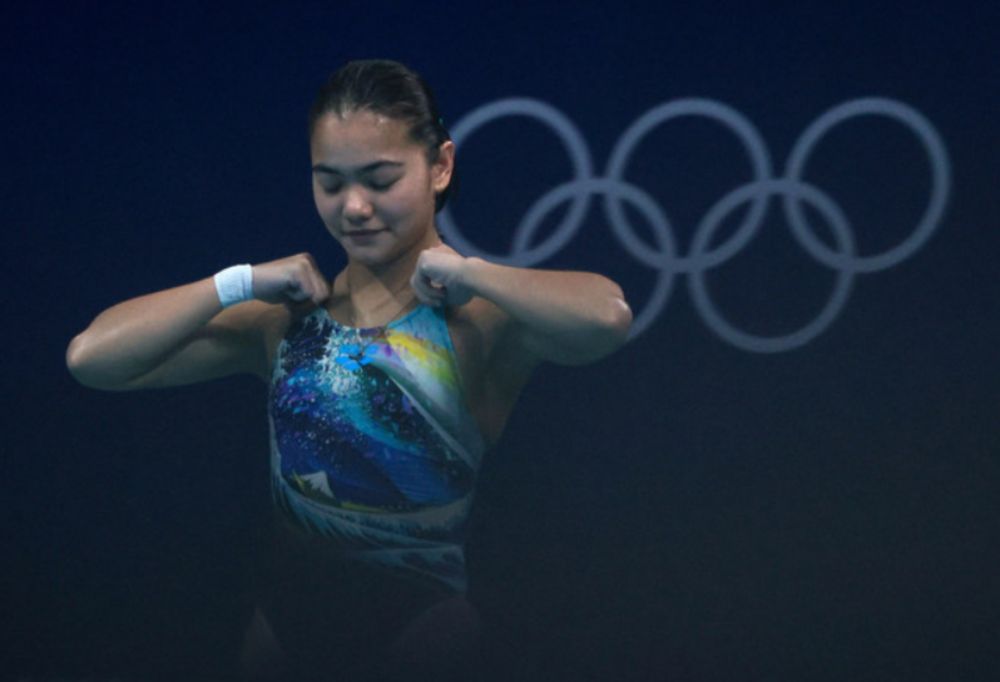 KUALA LUMPUR, April 23- National diver Nur Dhabitah Sabri has been selected to be the bearer of the Jalur Gemilang (national flag) at the opening ceremony of the 31st SEA Games in Hanoi, which is scheduled to take place on May 12.

Olympic Council of Malaysia (OCM) president Tan Sri Mohamad Norza Zakaria said the 22-year-old was chosen due to her impressive performance at the Tokyo Olympics last year despite missing out on the opportunity to contribute a medal for the country.

Her dives in Japan nearly brought home the bronze medal in the 3 metre (m) individual springboard final. She finished in fourth place with 326.15 points, coming behind defending champion Shi Tingmao (383.50 points), Wang Han (348.75) both from China and Krysta Palmet of the United States (343.75 points).

“We feel that as a young athlete who did well at the Olympics, other athletes should see her as an icon of our contingent.

“Nur Dhabitah’s pleasant, approachable and friendly personality symbolises the spirit of the national contingent because even though we are armed with ‘tiger stripes’, this ‘tiger’ is humble and friendly in us facing the Hanoi SEA Games,” he said.

Mohamad Norza said this at a press conference after launching the Malaysian contingent’s official attire for the Games here today.

Nur Dhabitah will be competing in two events at the biennial games this time, namely the women’s 1m individual springboard besides teaming up with the country’s diving queen, Datuk Pandelela Rinong, in the women’s 10m synchronised platform event.

Meanwhile, Mohamad Norza said apart from being the official attire for the Hanoi SEA Games, Commonwealth Games in Birmingham, United Kingdom and Hangzhou Asian Games, China, it would also be worn by the national contingent at the Islamic Solidarity Games in Konya, Turkey and the Asian Youth Games in Shantou. China.

He said the official attire specially designed and supplied by the Yonex Sunrise company still retains the elements of the tiger stripe pattern that is synonymous with the national contingent since it was first used at the 2005 SEA Games in Manila.

“The tiger element is retained because the tiger is a symbol of our country as well as fast, strong, has great endurance no matter on water or land, which in turn symbolises the character of our athletes,” he said.

After going through a difficult period following the Covid-19 pandemic over the past two years, Mohamad Norza believes that the new design of the formal attire will inspire the athletes to carry out their national duty in Vietnam.

The Hanoi Games is scheduled to end on May 23.

Meanwhile, Nur Dhabitah in a video described her selection as the bearer of the Jalur Gemilang in Hanoi as a source of inspiration to win gold in the two events she will be participating in at the Games.

“Thank you very much to OCM for choosing me to be the Malaysian flag bearer for the SEA Games in Hanoi.

“To all of you guys out there, let’s cheer for our Malaysian team and to all of the athletes I would like to wish all the best, Malaysia Boleh,” she said.

The petite girl had previously stolen the limelight when she was ‘flown’ to the cauldron to light the 2017 SEA Games torch during the official opening ceremony of the biennial games at the Bukit Jalil National Stadium here. — Bernama