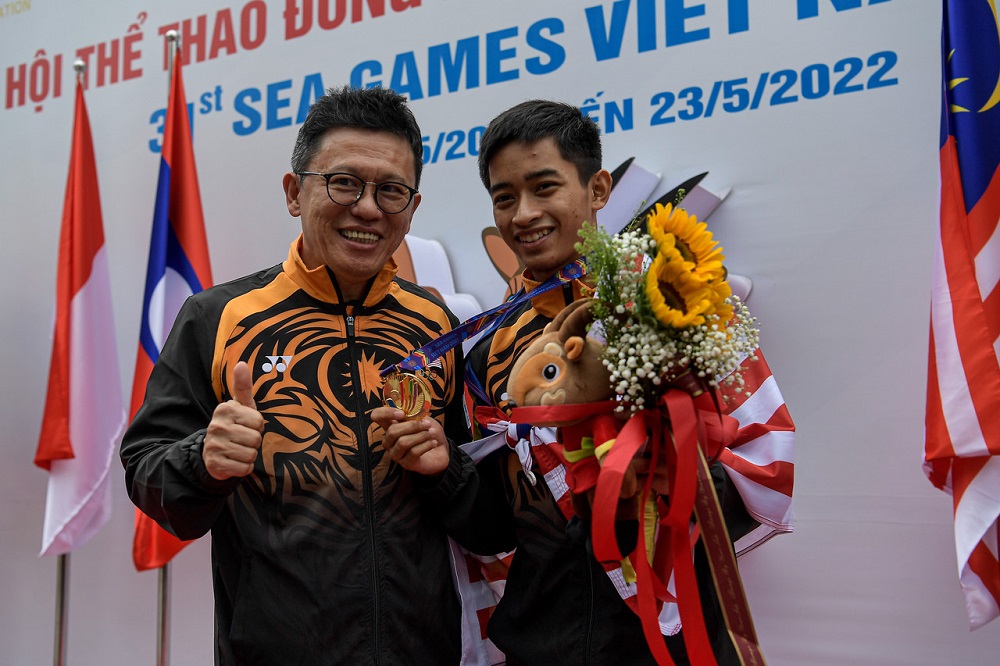 HANOI, May 16 — Concern over Malaysia’s standings on the medal tally chart has grown as the country dropped to sixth place at the end of the ninth day of the 31st South East Asian (SEA) Games today.

The national contingent has been in the top five spots in the biennial Games, except for the 1983 edition in Singapore, where Malaysia placed sixth.

With today’s meagre haul of three gold medals in pencak silat, gymnastics and athletics, Malaysia currently has 19 gold, 24 silver and 44 bronze, and is sixth, having dropped a spot from fifth at the start of the day.

Silat provided the first gold of the day through Muhammad Khairi Adib Azhar who put on an exciting performance in the Men’s Class B (50-55 kg) silat finals.

Three other national silat exponents, however, were unable to repeat that feat at their own finals, as Siti Rahmah Mohamed Nasir, Siti Shazwana Ajak and Billage Nakang lost to their rivals and had to be satisfied with silver medals.

She had previously secured a gold in the uneven bars and a bronze in the all-around individual event.

After a long 11-year medal drought, the national women’s mountain biking squad put on an energetic effort to win a silver through Nur Assyira Zainal Abidin and a bronze by Natahsya Soon in the Cross Country Olympic event.

National shooter Hafiz Adzha, who has not competed at the international level for five years, celebrated his return with a surprise silver medal in the 25m Rapid Fire Pistol event.

The Hanoi SEA Games continues tomorrow with the possibility of medals in several events, including taekwondo. — Bernama