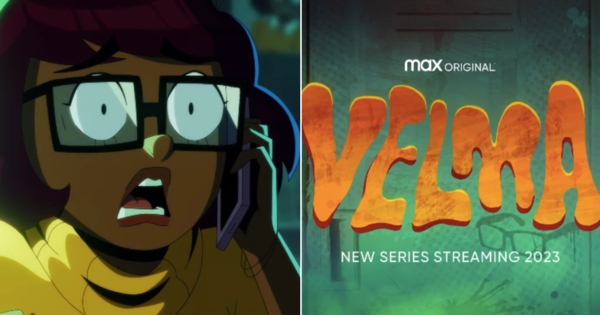 Calling all millennials and zoomers, a beloved cartoon series is making its grand return to television — and this time, it’s for adults

After announcing the series almost two years ago, HBO Max has just unveiled their first teaser trailer for Velma (2023), a cartoon series spinoff from the classic Scooby-Doo children’s series.

Velma (2023) star and executive producer, Mindy Kaling, who is also to voice Velma herself, shared the first image from the upcoming animated series at the Warner Bros. Discovery Upfront presentation this past May, receiving a glowing response from audience members.

Long-time fans of the children’s series will recall Velma as the brains behind the operation of Mystery Inc — the five-person crime investigation group who hunted down ghosts and busted fraudulent schemers.

Nevertheless, parents shouldn’t hold their breath, as the reboot series is described to be an adult animated series, making quite a departure from the original series.

Kaling and the first image presented to audiences of ‘Velma’, back in May.
Image via Animation on HBO Max (Twitter)

With the teaser trailer having dropped last Friday, 7 October, the series boasts a new and diverse look to the classic depiction

As commented on by Kaling during the first-look reveal in May, Velma will be represented as a South Asian character.

When speaking about the representation of this character, Kaling noted, “This journey of self-discovery for [Velma] is something that really drew us to this project and this character. So we want to honour other interpretations and what we think feels really modern.”

According to the available log line, the series sets to depict the origin story of Velma Dinkley, the unsung and underappreciated brains of Scooby-Doo Mystery Incorporated. “The original and humorous spin unmasks the complex and colourful past of one of America’s most beloved mystery solvers,” read a segment from American media publication, Variety.

The first season is set to debut at some point in 2023 on HBO Max, and will consist of 10 episodes.

Screen grab from the teaser trailer of ‘Velma’.
Image via HBO Max (YouTube)

During a panel on Thursday, 6 October, at New York Comic Con (NYCC), Kaling also unveiled the faces behind the remaining members of Mystery Inc. According to Insider, these characters have also been reimagined.

Up-and-coming actor Sam Richardson, who recently appeared in Disney’s Hocus Pocus 2 (2022), is set to claim the role of Shaggy. Crazy Rich Asians (2018) star, Constance Wu, is said to take on the bewitching role of Daphne, while fellow The Mindy Project (2013) co-star to Kaling, Glenn Howerton, is taking on the leader of Mystery Inc, Fred.

Constance Wu, who will be voicing Daphne Blake.
Image via Variety/Rotten Tomatoes (Twitter)

Glenn Howerton, who will be voicing Fred Jones.
Image via GQ/Rotten Tomatoes (Twitter)

Other actors who have been revealed to be involved with the show in an undisclosed capacity (as of now) include Jane Lynch, Nicole Byer, Shay Mitchell, Wanda Sykes, Ming-Na Wen, Debby Ryan, and Russell Peters, just to name a few.

However, one big and noticeable change to the group will be the removal of Mystery Inc’s mascot — Scooby-Doo, who will not be featured in the series entirely

Showrunner for the series, Charlie Grandy, stated that due to a multitude of reasons, they would be excluding Scooby from the series. “When we were going into the show and thinking about adapting it, we wanted to be respectful. We didn’t want to just kind of take these beloved characters and put them in outrageous or gross situations and say, ‘Isn’t it crazy you did that to Velma?'”

Though the charm of the children’s series holds a different place in the hearts of the now grown up kids, Grandy stated that they’d sought out a differentiating factor for Velma (2023) from the classics, and decided that it would be the omission of the Great Dane lead himself.

“We couldn’t get a take on it that was like, ‘How do we kind of do this in a fun, modern way?’ That felt like what made it a kids show was, Scooby-Doo.”

Beyond creative reasons, Grandy also added that Warner Brothers Animation did not give the series permission to use the dog, thereby forcing them to exclude him from the series entirely.

The classic depiction of Mystery Inc.
Image via Warner Bros/Kino.de

As the series intends to make quite a few changes from the beloved classic, only time will tell if Velma (2023) lives up to its outstanding predecessor

Watch the official teaser for the series below:

This child-to-adult movie remake may have taken things too far — but we’re here for it: