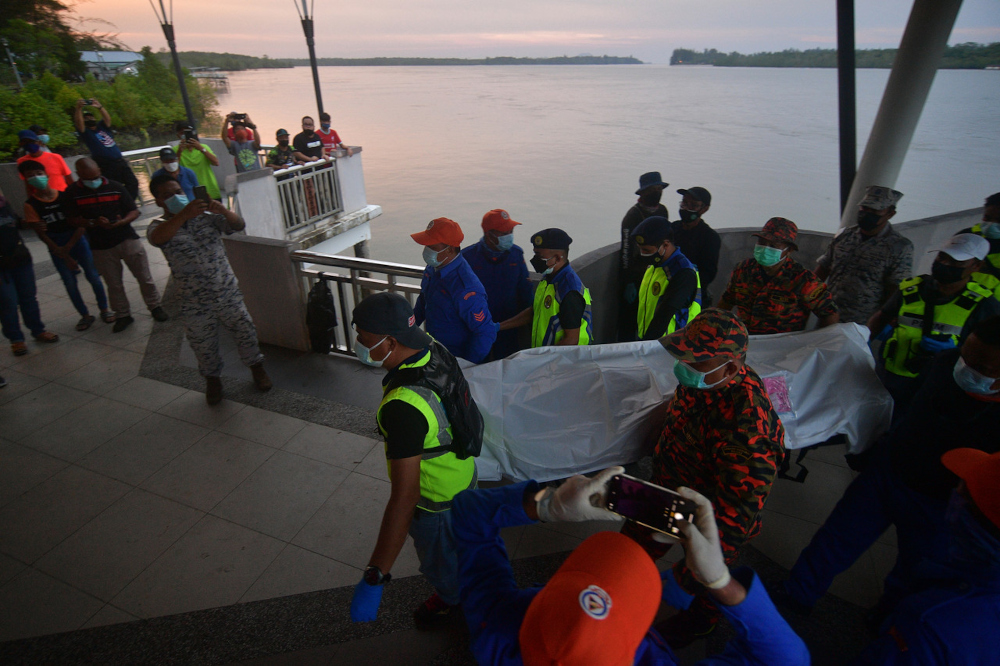 The body was brought back to the Telaga Air jetty before being handed over to the police, October 6, 2021. — Bernama pic

KUCHING, Oct 6 — The body of the assistant skipper who went missing after his boat sank in waters off Pulau Satang here, on Saturday, was found this evening.

Sarawak Maritime director First Admiral Zin Azman Md Yunus said at 4.22pm, rescuers received a call from a group of anglers who had also been searching for the missing victim that they had found an object suspected of being the body of the assistant skipper.

The body was then brought back to the Telaga Air jetty before being handed over to the police.

“The victim’s next of kin identified the body at the Sarawak General Hospital. His identity card was also found on him.

“The victim was identified as Awang Omar Awang Hamsawi, 59,” he said in a statement today.

On Saturday, the boat carrying 10 anglers sank two nautical miles off Pulau Satang and nine of them were rescued by fishermen near Pulau Satang Besar at about 1am on Sunday. — Bernama