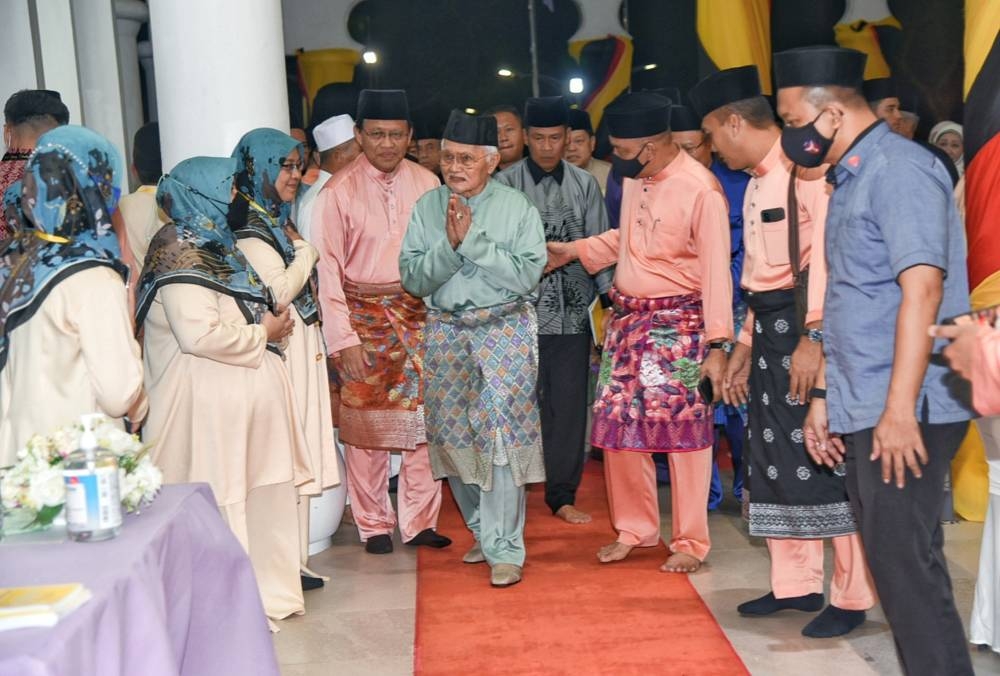 MIRI, Oct 8 — Sarawak Premier Tan Sri Abang Johari Openg today attributed the state’s economic success to the fundamentals laid down over a course of 30 years by Tun Abdul Taib Mahmud when the latter was its chief minister.

He said those fundamentals have helped the state government weather the current global economic gloom caused in part by the ongoing war between Russia and Ukraine.

“His vision to bring Sarawak to a modern era through the industrial development programme under the Sarawak Corridor of Renewable Energy or SCORE, has opened up space and opportunities for Sarawak to develop and create added value to its abundant water resources to produce energy required by the industry.

“Through the construction of hydro dams, especially Bakun, Sarawak is able to provide a lot of energy with competitive electricity tariffs as an attraction to investors,” Abang Johari said in his speech to mark Taib’s 86th birthday celebration here.

Taib was Sarawak chief minister from 1981 to February 2014 before being appointed its governor in March 2014.

In Sarawak, the term chief minister is now known as state premier through a state constitutional amendment that came into force in March this year.

Abang Johari said Sarawak’s success under Taib’s leadership can be seen from the development of industrial zones such as Samajaya and Samalaju which provide job opportunities for thousands of Sarawakians, especially the youth.

“My colleagues and I in the state Cabinet greatly appreciate Tun’s efforts to lay a very solid foundation for Sarawak to step into a modern economic era,” he said.

He said he had the opportunity to serve under Taib at the early stages of the implementation of the state’s industrial programme when he became Sarawak’s first state minister in charge of industrial development in 1987.

He said Sarawak’s economic growth has shown a slight improvement this year.

He is confident the state economy will improve further now that Covid-19 restrictions have been lifted.

The premier stressed that Sarawak is moving towards becoming a high-income developed state by 2030, the introduction of a digital economy based on data and innovation.

Without a good road network and an efficient economy, the state will not move as fast as it wants,” he added.

He said the investment activities also depend on the state’s ability to provide competitive electricity tariffs in the region.

He said Sarawak is fortunate to have huge energy resources generated by hydro dams and natural resources that produce renewable energy.

He stressed that the Sarawak government now has full power over electricity generation and regulating its own electricity tariffs after it took back control of the Bakun hydro project from Putrajaya in 2018.

Abang Johari also said the state government’s coffers are expected to grow in the future as onshore oil reserves are still found around Miri Division, especially in South Marudi which will be developed by Sarawak itself based on the state’s authority under the Oil Mining Ordinance1958.