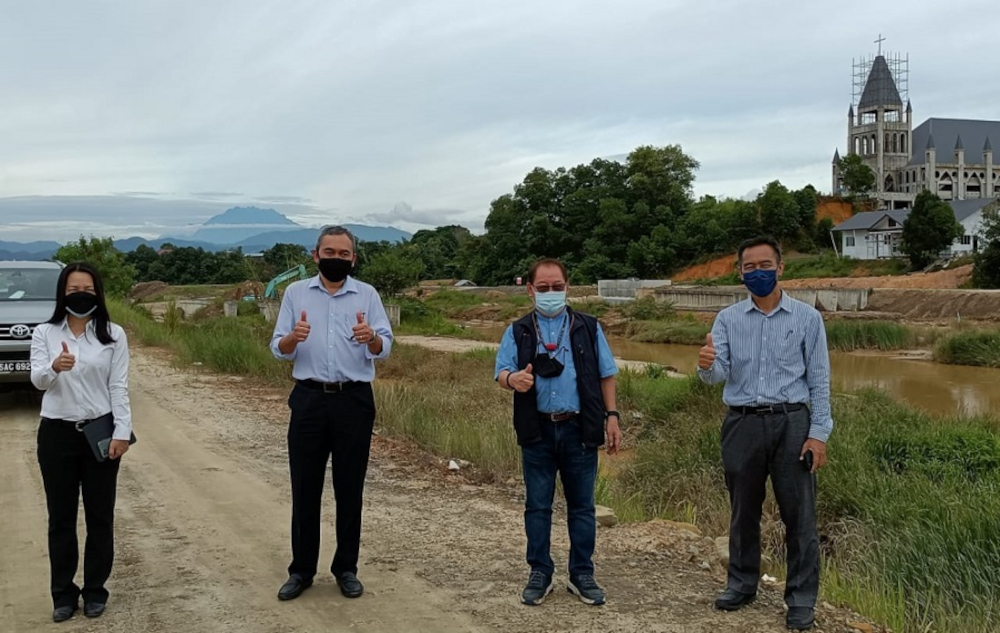 “So, we can only carry out projects where allocation is allotted,” he said after visiting areas impacted by the flood.

“We ask that the federal government make a consideration as soon as possible because it is now the month of September, and the monsoon is arriving at the end of this year with more rain and more flooding.

“Don’t give us half of the allocation. Give us the entire allocation so we can solve the problem. The problem is like a mountain. We need machines but are given a hoe. So how can we flatten the mountain? We need the complete machine, the complete solution, so the funding must be there.

“This matter has been discussed since the 11th Malaysia Plan (11MP) and we have already entered the 12th Malaysia Plan. If this is not resolved by the end of next year, the people will be mad. We don’t want the people to be burdened with this problem. When there is flood, their houses fill with water, their furnishings are destroyed, and sometimes, even lives are lost. So, please consider. We ask the Federal government to consider this human aspect. It has been years and still unresolved. And we have big floods with huge amounts of rainfall due to climate change,” he lamented.

Kitingan explained that the Moyog river basin project consists of four packages, with only two ongoing.

He also said that works on the project area also stalled due to bottlenecks (obstructions).

“Flooding is a big problem, but the problem is big not because nothing was done but because of bottlenecks,” he said.

Due to the bottlenecks/ obstructions such as electric cables and poles that need to be moved, as well as houses.

Moreover, the allocation has also not arrived, he said.

Kitingan also said that discussions were made with power provider, Sabah Electricity Sdn Bhd (SESB) to move the cables and electric poles and were told that they needed to schedule to carry out the job.

“And also, the community must be moved. This needs funding some have made houses (built) so close to the road that the drains are used up and this is a problem. So, if it rains again, there will be flooding again until this matter is resolved,” he said.

He reiterated that the funding of RM481 million is necessary to finally resolve the flooding in Penampang and Putatan.

“We have already started work on expanding the drains from five meters to seven meters and also carried out deepening works.

“However, what I see is the project ‘putus-putus’ (not completed) because of obstructions. This means we need the cooperation from other government agencies such as SESB, the Water Department and the Public Works Department as well as private individuals who are living near the drainage. This is what I see today,” he said.

“I hope the obstructions and funding can be resolved. If we make the effort, we will be able to resolve the bottleneck and stop flooding in Putatan and Penampang.

Kitingan also commented on the RM18 million allocated to Sabah to address the flood situation while Kedah was said to be allocated RM78 million when it was struck with flood.

“Hopefully, this is because it (the funding) was immediate. But perhaps in another one or two weeks, they will add (the funding). Hopefully, bigger than Kedah. We are bigger than Kedah, and our disaster is also bigger. I understand why the people are disappointed. Our problem is like a mountain and we need to flatten it with machinery but we are only given a ‘cangkul’ (hoe). Our disaster is tremendous and RM18 million is not enough. Please consider giving enough. This is my plea to the government,” he said. — Borneo Post Online