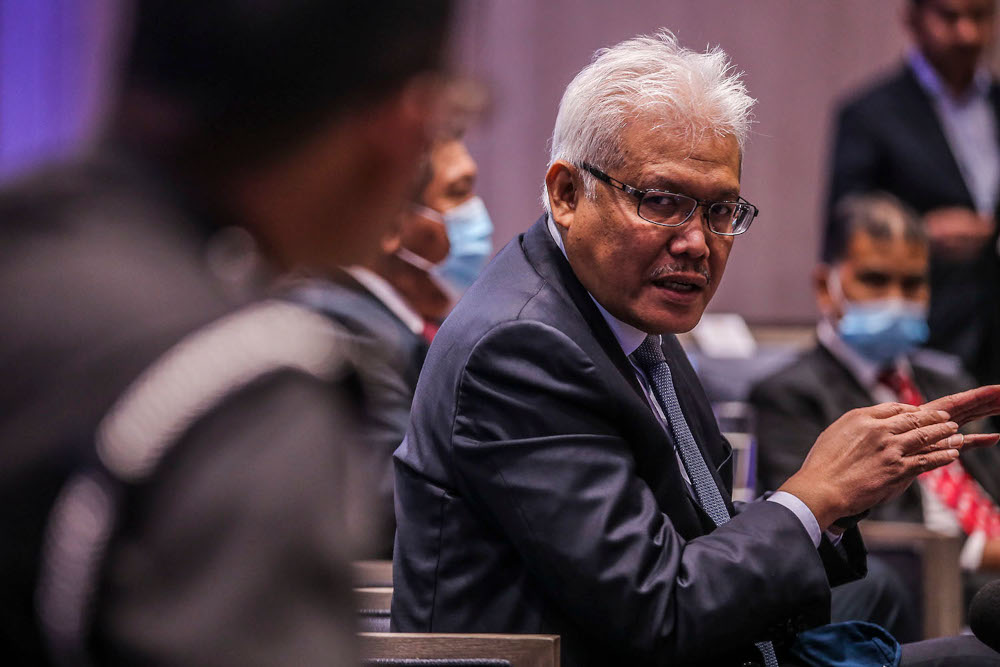 KUALA LUMPUR, June 11 — Parti Pribumi Bersatu Malaysia secretary-general Datuk Seri Hamzah Zainudin has questioned the proposal by some political parties that Parliament be allowed to reconvene in a hybrid manner.

In an exclusive interview with Malay newspaper Sinar Harian that was published today, Hamzah, who is also the home minister, said several issues must be addressed first before this can happen.

“How long will this take? Two weeks? It’s not enough,” he was quoted as telling Sinar Harian yesterday.

Hamzah added that the standing order will then be brought before a special meeting which will then determine if the proposed hybrid Parliament concept is workable.

He added that the Perikatan Nasional administration, to which his party belongs, is not afraid to reopen Parliament.

Hamzah then urged those who are pressuring the government to allow Parliament to sit again to hold their horses.

“Be patient. We are carrying out the vaccination programme now. According to the National Covid-19 Immunisation Programme (NIP), we should have reached our goal by September or October.

“After that, reopen lah. You can punch each other, do whatever you want (in Parliament). You (media) need to tell everyone, especially those politicians who are eyeing the prime minister’s post, to just hang on for another three months,” he said.

He told Opposition politicians to also stay their whip for a little while longer until Malaysia achieves herd immunity.

“If you are patient, you will get your chance to attack this government. You already have your ‘numbers’ and plan of attack.

“By then, it won’t matter as we would have reached herd immunity. Why would you want to do it now?” he questioned.

On June 7, Dewan Negara President Tan Sri Rais Yatim revealed that a special committee is looking into the concept and method for implementing hybrid Parliament sittings, including by taking into account the experiences of legislative bodies in countries such as the United Kingdom and Australia.

Rais said several key aspects are being analysed by the committee, particularly in terms of interpretation and implementation, for adaptation to avoid violating the standard operating procedure (SOP) which is in place to curb the spread of Covid-19.

Rais however did not elaborate further as to whether the committee will comprise other MPs including those from Opposition parties.

The last Dewan Rakyat sitting was held for 29 days until December 17 last year.

Prime Minister Tan Sri Muhyiddin Yassin announced a state of Emergency to curb the spread of the Covid-19 pandemic in Malaysia. It is slated to last until August 1, or until Covid-19 is brought under control.

Under the Emergency declaration, Parliament and state legislative assemblies will not be allowed to meet, until such a time as is decided by the Yang di-Pertuan Agong.