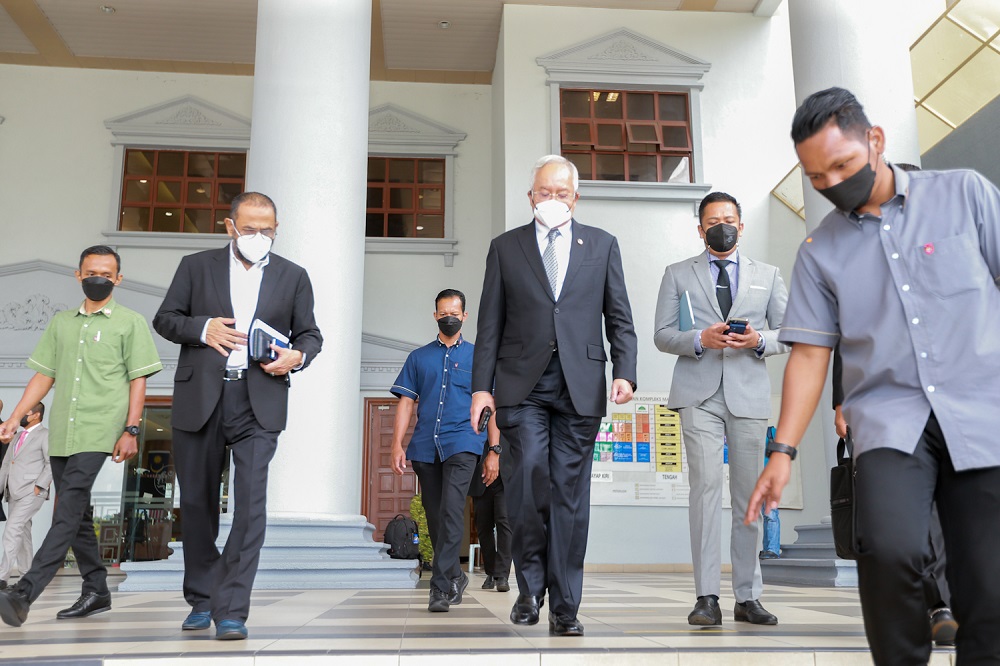 He took the stand at the trial of former Goldman banker Roger Ng in federal court in Brooklyn, New York.

Ng, is the only Goldman banker to go on trial over the epic looting of sovereign wealth fund 1MDB and charged with conspiring with Low and his former boss Tim Leissner in the massive fraud.

Leissner, who pleaded guilty and is cooperating with the government, spent more than a week on the stand as the star prosecution witness against Ng.

Low is not in custody and remains a fugitive.

Prosecutors have long alleged that Low paid bribes to officials in Malaysia and Abu Dhabi to facilitate the deals, but Van Dorn’s testimony was the first time the United States has detailed how those involved in the 1MDB deals were paid and how much they received.

According to the Bloomberg report Van Dorn, who is a forensic account for the FBI, said he reviewed 59,000 bank records to determine where the money from the three 1MDB deals went.

He also described another Abu Dhabi official who worked with the IPIC’s subsidiary and received US$76.6 million.

He said Aziz invested at least US$60 million of his 1MDB money to produce The Wolf of Wall Street. The prosecutor said that Aziz was a friend of Low.

The report also said that Matthew Schwartz, a lawyer for Aziz, didn’t immediately return a call seeking comment on the testimony.

Aziz twice before settled Justice Department lawsuits over his role in the 1MDB scandal. In 2017, his Red Granite Inc. production company agreed to pay US$60 million to settle United States claims that Wolf of Wall Street was financed with stolen 1MDB money.

In 2020, he resolved a separate government suit by agreeing to drop claims to tens of millions of dollar in United State and United Kingdom real estate without admitting wrongdoing.

Ng got US$35.1 million from two of the three bond transactions, while Leissner received US$73.4 million during the scheme, Van Dorn testified.

At the time of his 2018 plea, Leissner agreed to forfeit just US$43.7 million which the U.S. said was the money he earned in the scheme. It’s unclear why Leissner is forfeiting a lesser amount.

Ng’s defensc team, which has been trying to suggest that Leissner is getting a favorable deal, tried to ask Van Dorn about the former banker’s forfeiture, but the judge barred questions about it.

One of Ng’s lawyers, Jacob Kaplan, questioned Van Dorn about how Leissner collected an additional US$39.7 million which went from Low’s accounts into an entity under the control of Leissner’s ex-wife Judy Chan Leissner, suggesting that the government had also given Leissner a break on these funds.

Van Dorn reportedly said it was because his chart was based on certain transactions which occurred during the time frame of the three 1MDB bond transactions and that he’d only included money directly traceable back to Goldman Sachs’s funding of the three deals.

Najib was convicted in Malaysia and sentenced to 12 years in prison and is appealing. A spokesman for Najib didn’t immediately return an email seeking comment on Van Dorn’s testimony.

Meanwhile, Al-Qubaisi was sentenced in Abu Dhabi in 2019 to serve 15 years in prison and ordered along with the other IPIC executive, to repay US$336 million, according to the Wall Street Journal.