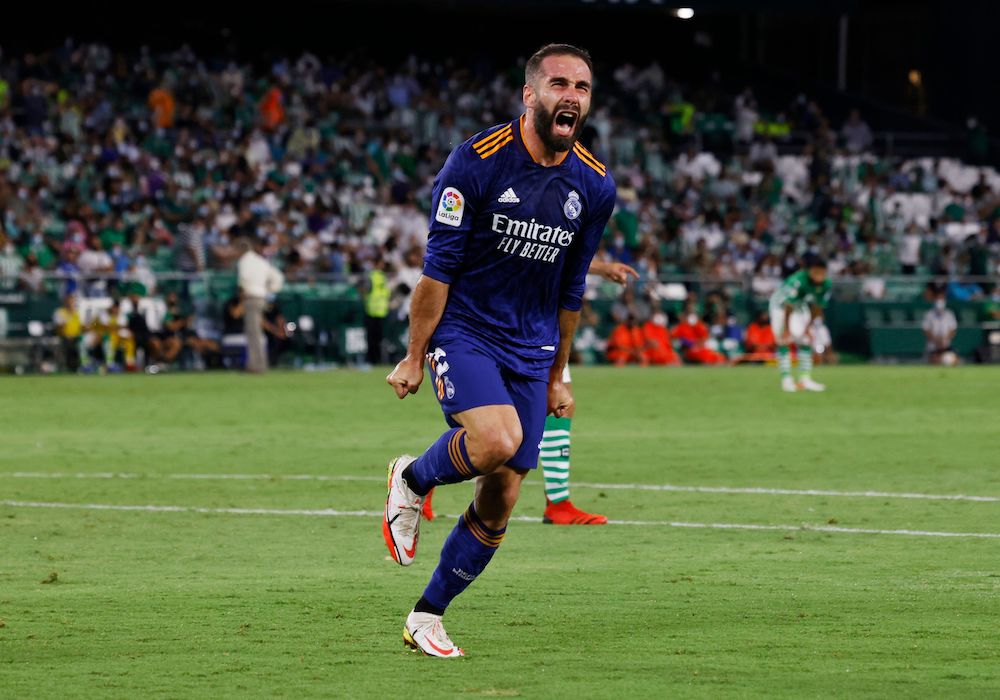 Real Madrid defender Dani Carvajal has tested positive for Covid-19 while the team is in Saudi Arabia playing in the Spanish Super Cup. — Reuters pic

RIYADH, Jan 14 — Real Madrid defender Dani Carvajal has tested positive for Covid-19 while the team is in Saudi Arabia playing in the Spanish Super Cup, the club confirmed today.

A Real Madrid spokesman told Reuters that the club is consulting the Saudi authorities to learn what procedures to follow. The club confirmed that the player had been vaccinated against Covid-19.

Saudi Arabia’s Covid-19 protocols determine that any person who tests positive has to quarantine for seven days and test negative twice before being cleared.

Real are set to face Athletic Bilbao in Sunday’s final, after beating rivals Barcelona 3-2 after extra time in the semis.

Spanish FA president Luis Rubiales confirmed today that there are unvaccinated players at the tournament.

Reuters reported yesterday that Saudi Arabia waived its requirement for visitors to be fully vaccinated to allow players from Spain to compete in the Spanish Super Cup on Saudi soil.

“The Saudi government told us that exceptions were going to be made,” Rubiales told Spanish radio station Cadena SER today.

“We are being criticised for doing that but we would also be if eight or 10 players missed the tournament… In life, it doesn’t matter what you do, everything is going to be criticised. We are happy that Saudi Arabia understood our exceptions.”

Full vaccination is mandatory to enter the kingdom according to guidelines on the government website.

Yet, those exceptions were exposed when Brazil coach Tite announced yesterday that he was leaving Atletico Madrid defender Renan Lodi out of his squad for the next two World Cup qualifiers because the player has not had a full course of Covid-19 vaccines.

Rubiales defended the Spanish FA for moving the Super Cup to Saudi Arabia, which has been accused of human rights violations by Amnesty International.

Saudi Arabia has no codified legal system and no laws regarding sexual orientation or gender identity. Judges have convicted people for “immorality”, having sexual relations outside of marriage, and homosexual sex.

“We are a football federation that reached an agreement with another federation,” Rubiales told SER.

“We have found a magnificent agreement for Spanish and Saudi football. I do not enter into criticism. When they criticise, they talk about politics, about things outside of football.

“There are many companies that work here. We are doing a service for Spanish football and we are also campaigning to host the World Cup so here is the right place to be.” — Reuters