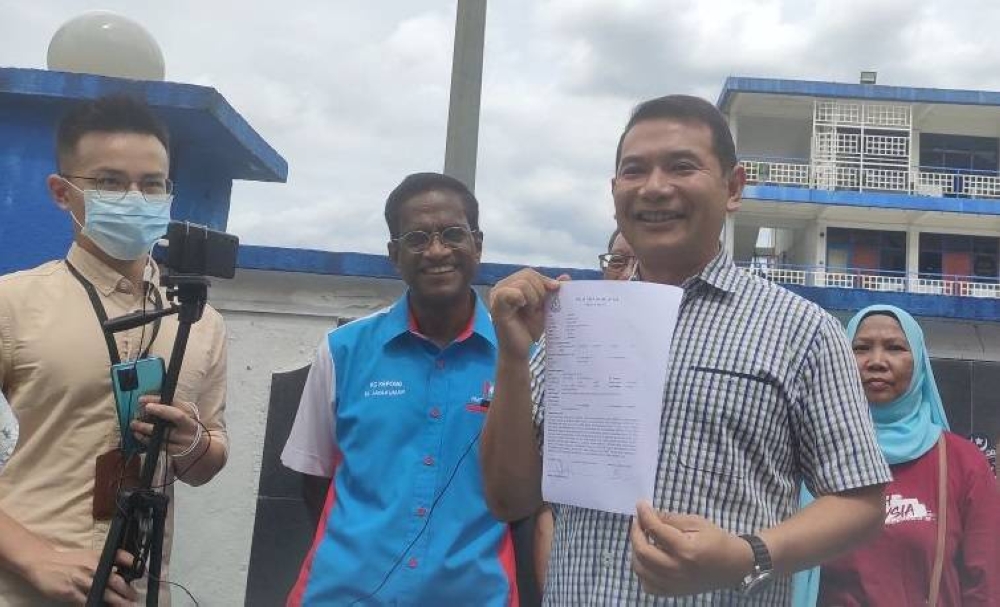 He had earlier gone to the Ampang Jaya police headquarters this morning to lodge a police report but later found himself having his statement taken by the investigating officers for some two hours since investigations have already commenced as affirmed by Bukit Aman yesterday.

Rafizi said even though both individuals have since issued an apology for their insensitive remarks, it did not change the fact that their conduct was against the law.

“If we take into account of people having to issue statements that go against the law and they later apologise and we ‘close the book’, then Najib could have just apologised after taking billions in cash,” he said.

Rafizi was referring to former prime minister Datuk Seri Najib Razak, who is currently serving a 12-year jail sentence in Kajang prison after the Federal Court upheld his conviction and guilt of misappropriating RM42 million from SRC International Sdn Bhd.

“An offence is an offence. That is why when there is no action taken, people repeat them and it becomes a culture,” he told reporters after lodging his report.

Zul had on November 4 told a Teguh Pertahan event by Terengganu PAS in Kemaman that he harboured a wish to “slaughter infidels” and that it was only the law that could stop him from doing so.

Separately, Mohd Shahiful, who was stumping for Perikatan Nasional (PN), called on Sik voters to vote for the coalition and not Barisan Nasional or Pakatan Harapan in a short clip of his ceramah on November 10.

He was later forced to retract his statement and issued a public apology a day later.

Rafizi said he hoped this would serve as a reminder and lesson to all those contesting in the general election to not issue any statements that touched on racial sensitivity as it is against the law under the Election Offences Act.

He said he had “just only learned” that Section 4A of the Act relates to promoting feelings of ill-will or hostility during campaigning.

“I hope with the lodging of this report, candidates will not engage in any form of racial campaigning that touches on racial sensitivity.

“We will not hesitate to lodge a report to the authorities if there are said violations to be found and may even seek to bring the perpetrators to court,” he said.

Asked if Pakatan Harapan’s own candidate were found to be in violation of a similar offence, Rafizi said it was a risk these candidates took and ‘stupidity manifested’ since it would open up opportunities for their opponents to seek legal action against them.

He also reminded political parties, especially PAS and its Perikatan Nasional coalition that their election victory can be challenged if it was achieved through racial bigotry.