Putrajaya investigating reports of spike in bread and vegetable prices 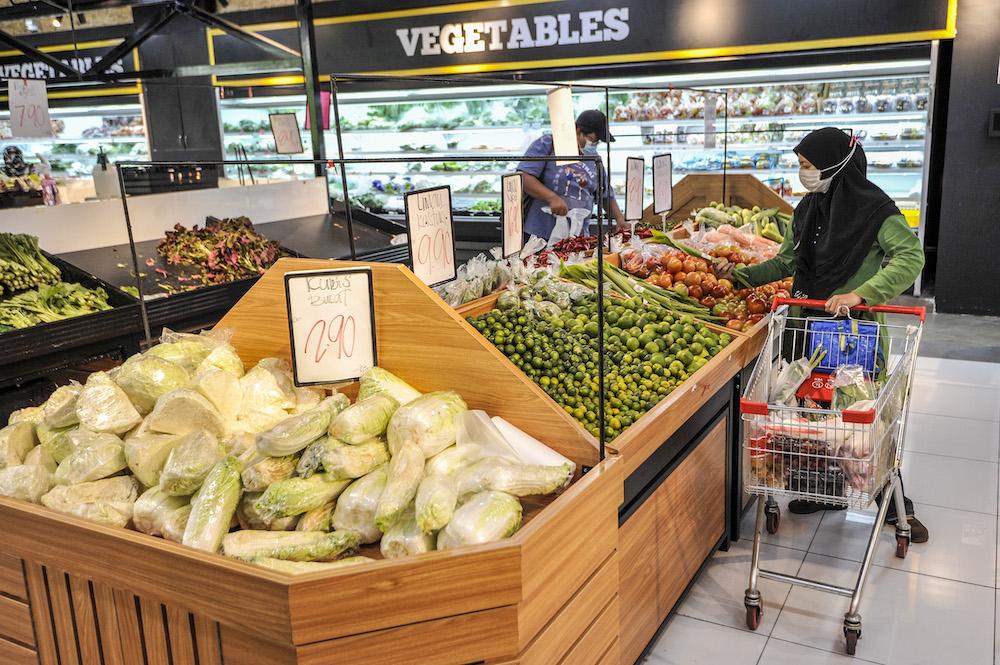 File picture of a customer buying groceries at a supermarket in Cyberjaya April 5, 2020. — Picture by Shafwan Zaidon

KUALA LUMPUR, Nov 25 — The price hike in locally manufactured bread products is being investigated, according to the Domestic Trade and Consumer Affairs Ministry (KPDNHEP).

Responding to questions on the purported price increase memo from local bread manufacturer Gardenia that went viral, deputy minister Datuk Rosol Wahid said he is aware of it.

“Whether it is true or not, we will investigate the matter as we were not given prior notice,” The Star quoted him saying in Parliament today.

A picture went viral recently allegedly showing the revised prices for Gardenia’s products, including the Classic Original, which will go up from RM2.38 to RM2.80, and popular favourites such as Twiggies (from RM1.49 to RM1.80).

Rosol also addressed the issue of a spike in vegetable prices.

He told the Dewan Rakyat there was no truth to the claims that the price of vegetables had gone up 200 per cent as alleged by many on social media and the Penang Consumers Association (CAP).

“When our enforcement officers were sent to the ground to investigate, they were told by CAP that they were not sure of the locations of where such incidents took place.

“This was because CAP said they based it on hearsay,” he said.

On Tuesday, the Penang Consumers Association (CAP) had highlighted the dramatic increase in vegetables and asked the authorities and government to intervene as the group said it anticipated prices would continue to go up in the coming months.

Subsequently, Penang KPDNHEP came out to say that the price increase was due to inclement weather which affected farms in Cameron Highlands.