Putin ‘in a corner’ with options narrowing, say analysts 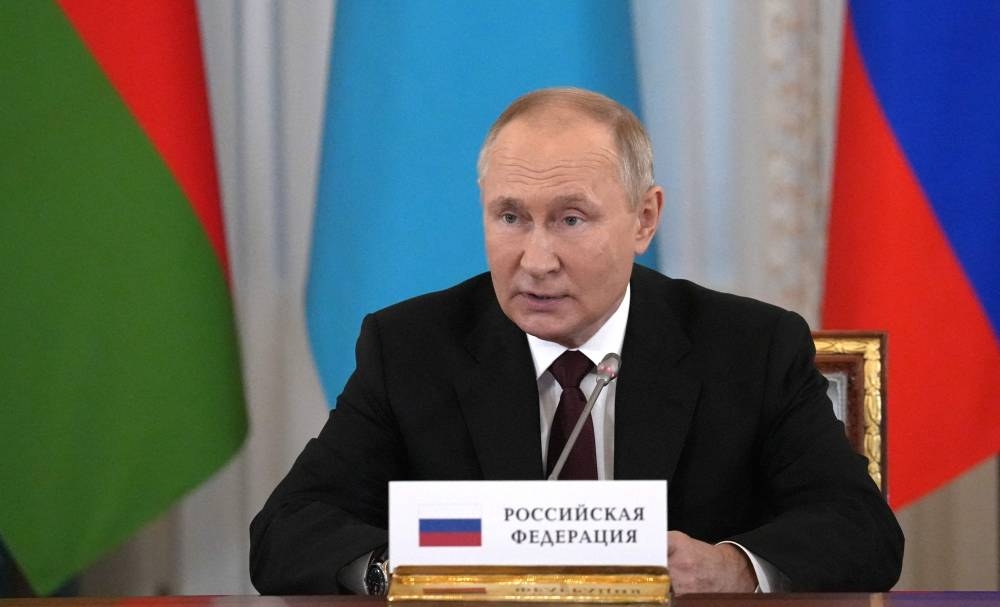 PARIS, Oct 8 — US President Joe Biden admitted this week that American diplomats still did not know how Russian President Vladimir Putin could bring an end to his faltering war in Ukraine and save face. Western analysts see no good options.

The question of Putin’s “off-ramp” — or decisions that allow him to end the fighting without admitting defeat — has exercised Western policymakers and foreign policy experts since the very start of the war in February.

A French diplomat, talking recently on condition of anonymity, stressed that European allies were no closer to reading Putin’s thinking, other than his desire to secure what appears to be an increasingly unlikely military victory.

“There’s a war that he is not managing to win, but what would satisfy him? We don’t have the answers,” the diplomat said.

Instead of looking for a negotiated climbdown, Putin has escalated in recent weeks, formally annexing four regions of Ukraine on September 30 and approving a partial mobilisation of up to 300,000 men for the war.

“He may think the battlefield situation isn’t great but things will settle down during the winter, that Ukrainian offences will come to an end, that they’ll be able to mobilise,” Eliot A. Cohen, a military historian and former US State Department adviser, told AFP.

“I think he’s mistaken. I think the Russians are in a serious world of hurt,” added Cohen, an expert at the Centre for Strategic and International Studies at the US-based Johns Hopkins University.

The Ukrainians are continuing to win back occupied territory in the northeast and south, while the Kremlin’s mobilisation has led to rare dissent in Russia amid evidence that many recruits lack adequate weapons and kit.

“Russia’s behaviour is irrational,” wrote Joris van Bladel, a fellow at the Belgian Royal Institute for International Relations think-tank. “The only ‘rational’ element the Kremlin is counting on is time.”

“Russia tries to buy time in the hope that the European countries will collapse before Russia’s downfall,” he added.

Putin’s escalation on the ground has also been accompanied by new rhetoric about the possible use of nuclear weapons which is directed at Western countries.

Some analysts see it as a bluff and others as a sign of desperation.

“His hope is that references to nuclear weapons will deter the democracies from delivering weapons to Ukraine, and buy him enough time to get Russian reserves to the battlefield to slow the Ukrainian offensive,” Timothy Snyder, an American historian of Russia and Ukraine, wrote this week.

But Biden said Thursday that he believed Putin was “not joking” with his threats, adding that it was difficult to imagine how this did “not end up with Armageddon.”

Western nations have signalled that they would feel compelled to react in some way if Russia crossed the nuclear threshold, raising the risk of direct conflict between the Nato military alliance and Moscow.

Putin is “more in a corner than anyone would like him to be because that’s not good for anybody”, Kerry told MSNBC on September 28.

Cohen said Putin could authorise the use of chemical or biological weapons instead — less provocative than a low-yield nuclear weapon — “but the military utility of those might not be all that great”.

With the Russian president continuing to raise the stakes, another “off-ramp” is one that sees Putin bundled out of power, either through a popular uprising or — more likely — a “palace coup” in which he is replaced by a rival.

More problems with the mobilisation, a significant military collapse or a successful new Ukrainian offensive on a separate part of the frontline could increase the domestic pressure on Putin, who celebrated his 70th birthday yesterday.

“The key question is whether Russia’s elites and broader society are prepared to accompany their president on this journey to hell,” wrote Tatiana Stanovaya, a Russian political scientist at the Carnegie Endowment for International Peace, a US think-tank.

Marie Dumoulin, a Russia specialist at the European Council on Foreign Relations cautioned that “we shouldn’t take our dreams for a reality. Nobody knows when it will happen, in what circumstances, and what will come after Putin.”

“There are tensions inside the system, that’s for sure, but it seems to me to be about internal clans competing for power without contesting the authority of Putin,” she told AFP.