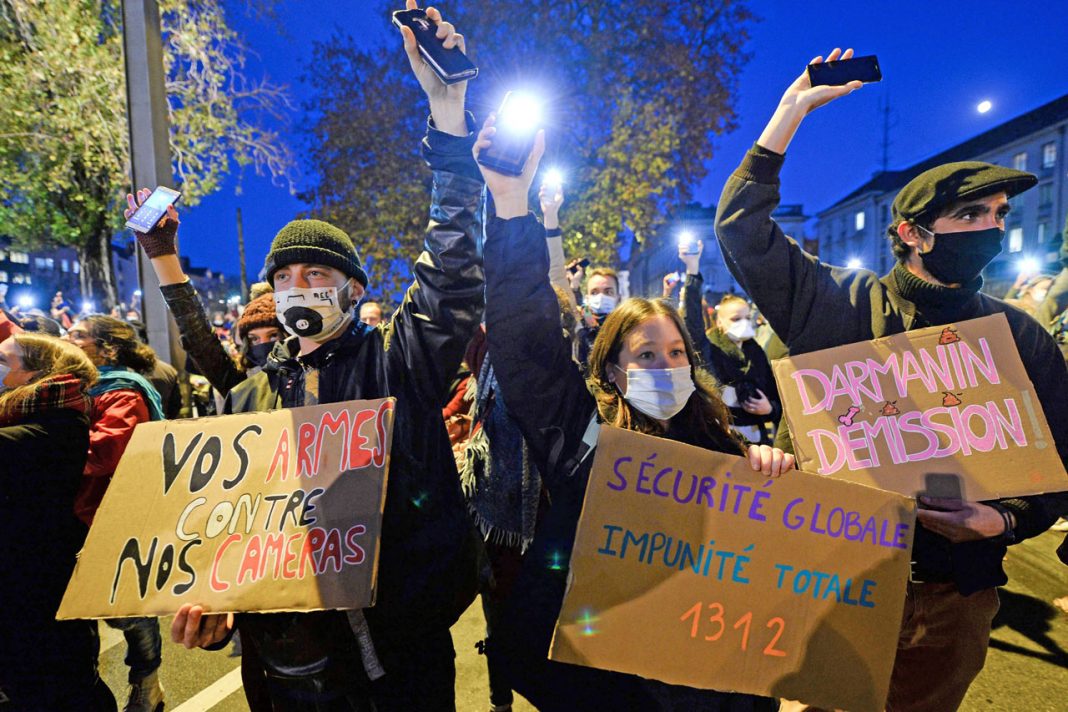 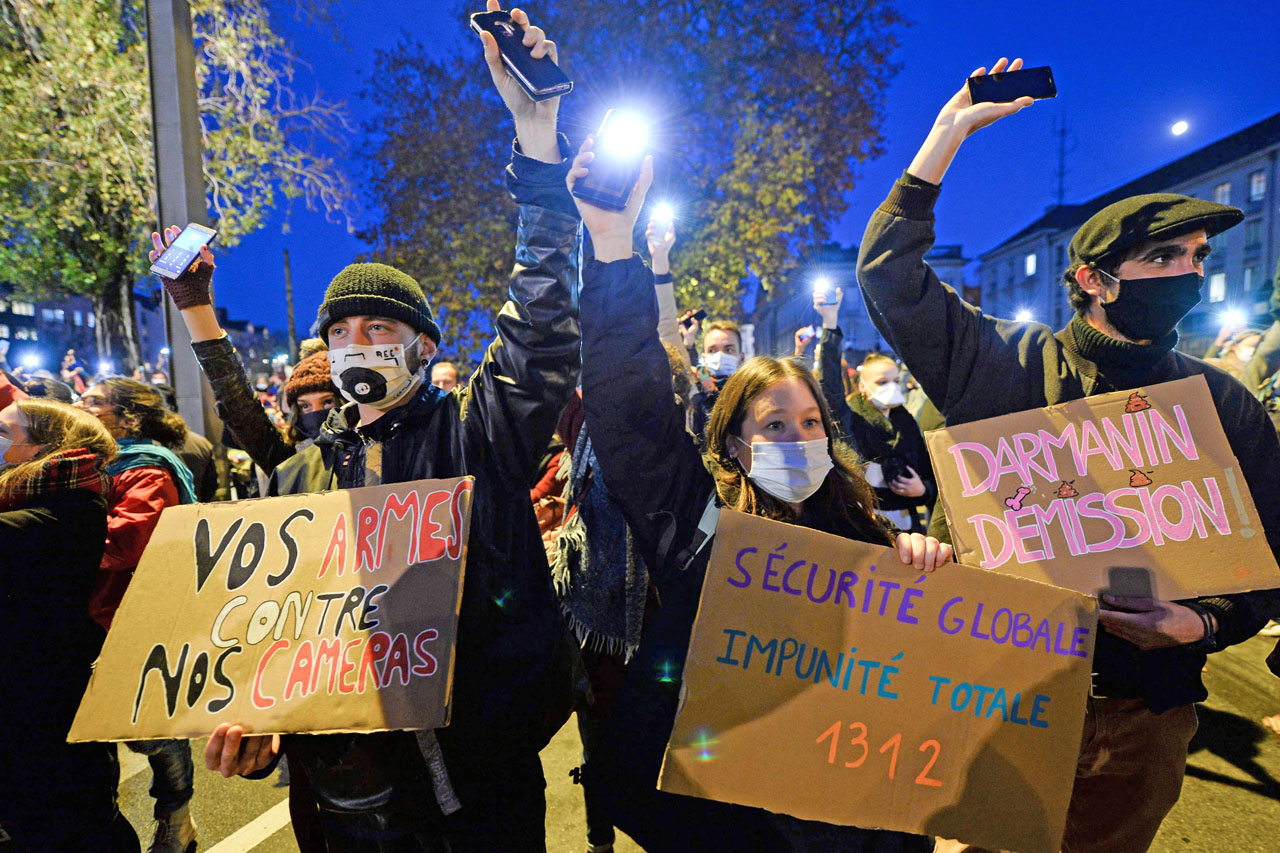 Protestors hold signs reading ‘Your weapons against our camera’, ‘Global security, complete impunity’ and ‘Darmanin (French interior minister) resigned’ and their phone with their flashes on to show to keep recording the police officers during a demonstration to protest against the ‘global security’ draft law. — AFP photos

PARIS: Dozens of rallies are planned on Saturday against a new French law that would restrict sharing images of police, only days after the country was shaken by footage showing officers beating and racially abusing a black man.

The case shocked France with celebrities and politicians alike condemning the officers’ actions, and has brought debate over President Emmanuel Macron’s law to boiling point.

Macron on Friday called the incident an “unacceptable attack” and asked the government to come up with proposals to “fight against discrimination”.

One of the most controversial elements of the new law is Article 24, which would criminalise the publication of images of on-duty police officers with the intent of harming their “physical or psychological integrity”.

It was passed by the National Assembly last week – although it is awaiting Senate approval – provoking rallies and protests across France.

Rally organisers are calling for the article to be withdrawn, claiming that it contradicts “the fundamental public freedoms of our Republic”.

Trade unions are expected to join the demonstrations, with members of the yellow vests – whose sometimes violent protests in 2018 and 2019 shook the country – also expected.

In Paris, the authorities had demanded that organisers limit the rally to a single location, but on Friday evening officials authorised a march.

And in a sign that the government could be preparing to backtrack, Prime Minister Jean Castex announced Friday that he would appoint a commission to redraft Article 24.

Under the article, offenders could be sentenced to up to a year in jail, and fined 45,000 euros (US$53,000) for sharing images of police officers.

The government says the provision is intended to protect officers from doxxing and online abuse, but critics say it is further evidence of the Macron administration’s slide to the right.

But media unions say it could give police a green light to prevent journalists – and social media users – from documenting abuses.

They point to the case of music producer Michel Zecler, whose racial abuse and beating at the hands of police was recorded by CCTV and later published online, provoking widespread criticism of the officers’ actions.

In another instance, journalists on the ground at a French migrant camp witnessed and recorded police brutality on Monday as the Paris area was cleared.

In a letter seen by AFP, Paris police chief Didier Lallement wrote to officers ahead of yesterday’s demonstration that “in the coming days, the coming weeks… there’s no doubt you will face difficulty, doubt, even anger and fear”.

But he insisted that he could “count on the integrity, sense of honour and ethics” among the force.

In the southern city of Toulouse demonstrators took to the streets on Friday evening brandishing placards with slogans like “police everywhere, justice nowhere”.