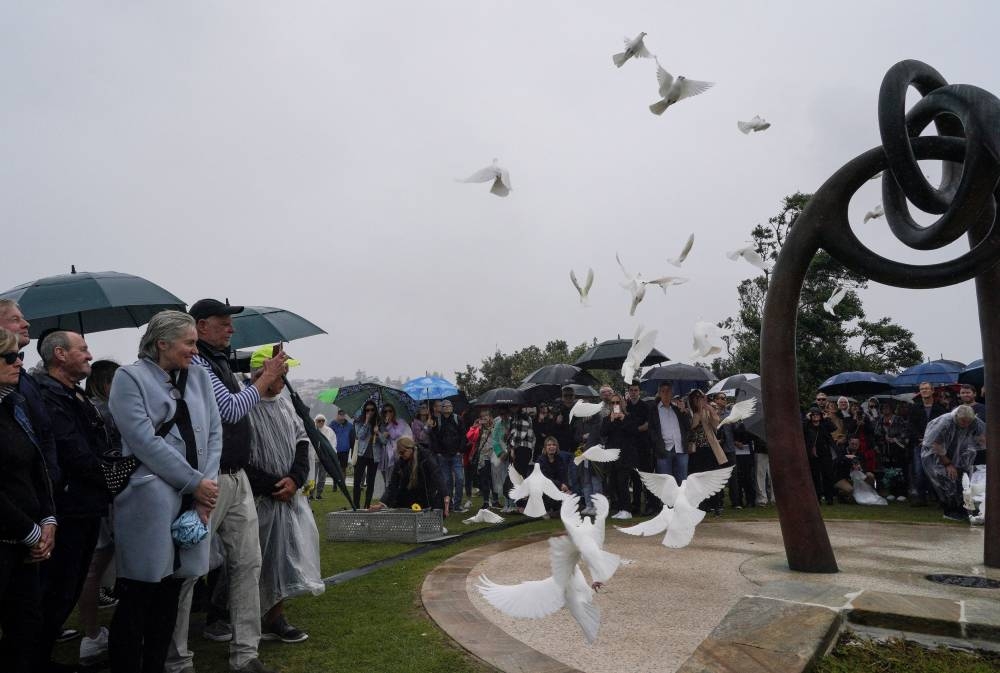 Doves are released during a memorial service to mark the 20th anniversary of the Bali bombings, which killed 202 people including 88 Australians, at Coogee Beach in Sydney, Australia, October 12, 2022. – Reuters pic

KUTA (Indonesia), Oct 12 – Commemorations were held on the Indonesian island of Bali and across Australia today as survivors, alongside families and friends of the victims, gathered to mark the 20-year anniversary of the Bali bombing – one of the world’s deadliest militant attacks.

A total of 202 people, including 88 Australians and 38 Indonesians, were killed in a car bomb explosion outside the Sari Club in Bali’s Kuta Beach area and another almost simultaneous blast at the Paddy’s Bar across the road on October 12, 2002.

People of about 20 other nationalities also died in the attacks on the island that is a popular holiday destination, especially for visitors from nearby Australia.

A ceremony including peace prayers and the symbolic release of 20 birds will be among several events taking place on the predominantly Hindu island, including at a memorial erected in the area of the blasts.

“The memorial for us is to remember, to remind everyone there was a terrorist attack there and that we don’t want it to happen again,” said Ni Luh Erniati, who lost her husband in the attack and will join morning prayers with her children.

Australians gathered in major cities to remember the victims. Prime Minister Anthony Albanese spoke at a ceremony at Coogee Beach in Sydney, home to the Dolphins rugby team, which lost six members in the attacks.

“What they struck they could not defeat because what they struck at was the idea of us, the great fabric of dreams and ideals and compassion and fairness that make us who we are as Australians,” he said.

Survivors including Hanabeth Luke, whose rescue of 17-year-old Tom Singer from the smouldering wreckage earned her the sobriquet “Angel of Bali”, joined Albanese at the memorial by the water.

Two decades after the bombings, which were blamed on the al Qaeda-linked network Jemaah Islamiyah (JI), memories of the attack continue to haunt survivors.

Balinese father of two, I Dewa Ketut Rudita Widia Putra, was caught in traffic on the busy strip in Kuta, when the bombs were detonated. After crawling out of his car, he was rushed to hospital with burns covering a third of his body.

“To this day, I still feel traumatised and scared when I take the car out and get caught in a traffic jam,” said the now 55-year-old.

“Even when I realise I am not in Kuta traffic, I can shake in fear, break out in a cold sweat and feel really scared.”

Indonesian police and the Australian consulate general in Bali were also holding memorials.

In the wake of the Bali attacks and with backing from Australia and the United States, Indonesia set up an elite anti-terrorism unit called Special Detachment, or Densus 88, that weakened JI and resulted in scores of suspected Islamic militants being arrested or killed.

The world’s biggest Muslim-majority country has also pioneered deradicalisation schemes for convicted militants, though these have been both praised and criticised for their effectiveness.

Sparking dismay among many affected by the attacks, the Indonesian government said in August that Bali bomb maker Umar Patek was eligible for parole and could soon be released. – Reuters