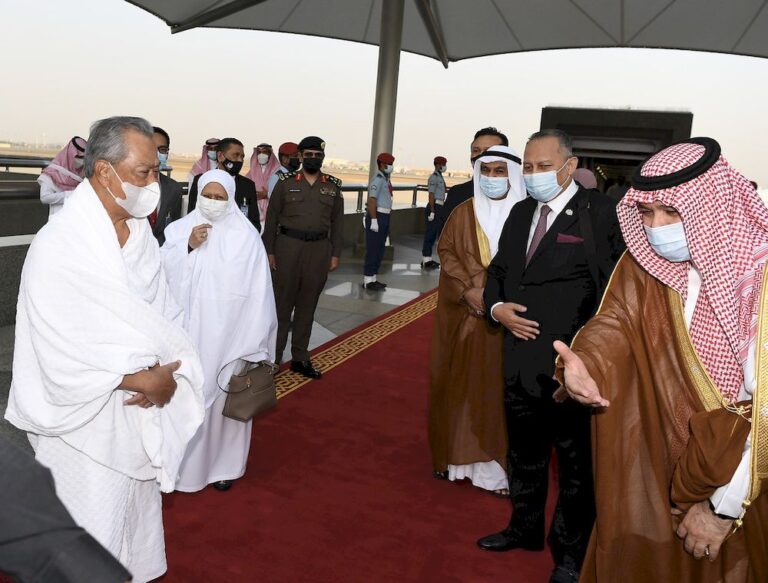 The aircraft that carried the couple landed at the King Abdulaziz International Airport at 5.31pm local time (10.31pm Malaysian time) and they were met on arrival by Malaysian Ambassador to Saudi Arabia Datuk Abd Razak Abdul Wahab and his wife, Datin Nor Asimah Petah, as well as Malaysian Consul-General in Jeddah ‘Alauddin Mohd Nor and his wife, Najwa Hasbullah.

The visit is on the invitation extended in April 2020 by the Custodian of the Two Holy Mosques, King Salman bin Abdulaziz Al-Saud.

Muhyiddin and his wife will be performing umrah and visiting Madinah before starting their official programmes for the visit.

After the visit, the Prime Minister will depart to the United Arab Emirates (UAE), also for an official visit until March 11 during which he is scheduled to meet with Abu Dhabi Crown Prince Sheikh Mohamed bin Zayed Al Nahyan and his counterpart Sheikh Mohammed bin Rashid Al Maktoum, who is also the ruler of Dubai. — Bernama