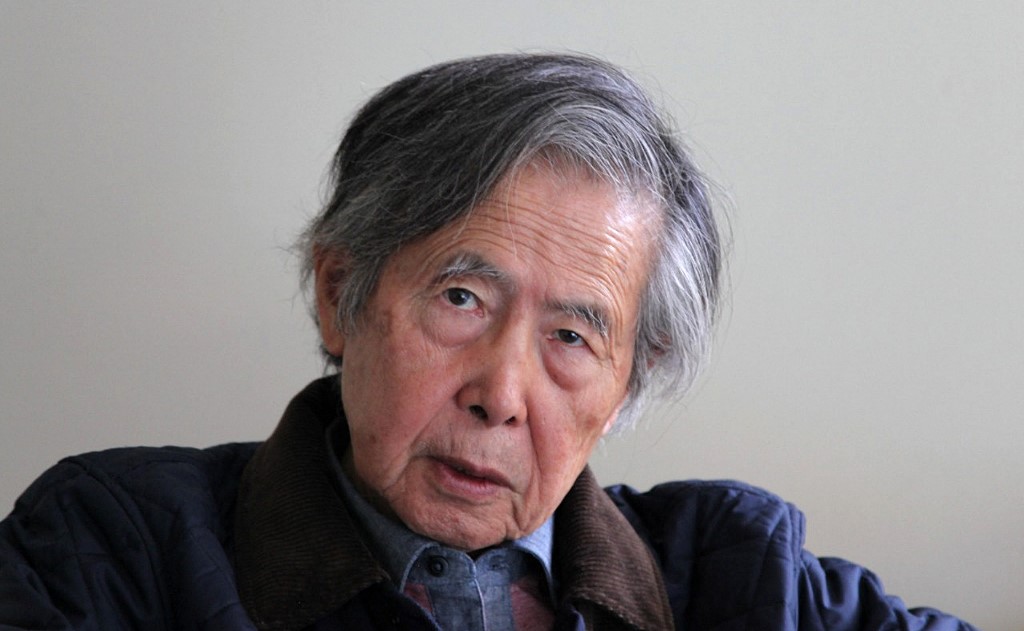 In this file handout picture released on July 25, 2018 by Fujimori’s press office the former Peruvian President Alberto Fujimori (1990-2000) poses for a picture in Lima. — AFP pic

LIMA, March 18 — Peru’s constitutional court on Thursday ordered the release of disgraced former president Alberto Fujimori, who is serving a 25-year sentence for crimes against humanity, a judicial source said.

The court reinstated a “humanitarian pardon” given to the 83-year-old in December 2017 that was subsequently revoked in October 2018, the source told AFP on condition of anonymity.

The court’s decisions cannot be appealed and the source said Fujimori should be released within a few days.

Fujimori, who was president from 1990 to 2000, is serving the 25-year sentence for two massacres committed by army death squads in 1991 and 1992, in which 25 people, including a child, were killed in supposed anti-terrorist operations.

Upon leaving office he fled into exile in Japan, where his parents were from.

But he was extradited back to Peru from Chile in 2007 and jailed, having been convicted in his absence.

The source said the vote on whether to release Fujimori was equally split three for and three against.

“The rules say that when it is a draw, the president’s vote counts double,” the source told AFP.

“It was a very open, very intense decision with two radically different positions” with regards whether to release Fujimori on health grounds, Eloy Espinosa, one of the six supreme court magistrates, told RPP radio station.

Espinosa said he voted against releasing the ex-leader.

The decision sparked outrage among many Peruvians.

Leftist President Pedro Castillo said the decision reflected Peru’s “institutional crisis” and called on international courts to “safeguard the effective exercise of justice for the people.”

Carlos Rivera, a lawyer representing the families of the massacre victims, said he would petition the Inter-American Court of Human Rights to intervene “because Alberto Fujimori cannot benefit from a pardon.”

Former president Pedro Pablo Kuczynski pardoned Fujimori on Christmas Eve in 2017 for humanitarian reasons but that decision was overturned by the courts in October 2018 and three months later, Fujimori was sent back to prison.

“Returning to prison is a long and certain death sentence,” Fujimori said at the time.

Fujimori has long suffered from ill health and on Monday returned to prison following 11 days in a clinic receiving treatment for an irregular heartbeat.

Kuczynski had resigned in March 2018 just days before he was expected to be impeached and has been held in pre-trial house arrest since April 2019, accused of corruption and money laundering.

Fujimori is the only inmate at the small Barbadillo jail at the barracks of the special operations police in eastern Lima.

There he grows flowers, paints and receives family visits.

His family has submitted several petitions to have him released on health grounds but those were all rejected.

His daughter, Keiko Fujimori, who has three times been defeated in a second round run-off for the presidency, said last year she would pardon her father if elected.

She was defeated in June by Castillo and now faces prosecution over accusations of illegal campaign funding in her failed 2011 and 2016 presidential bids. — AFP