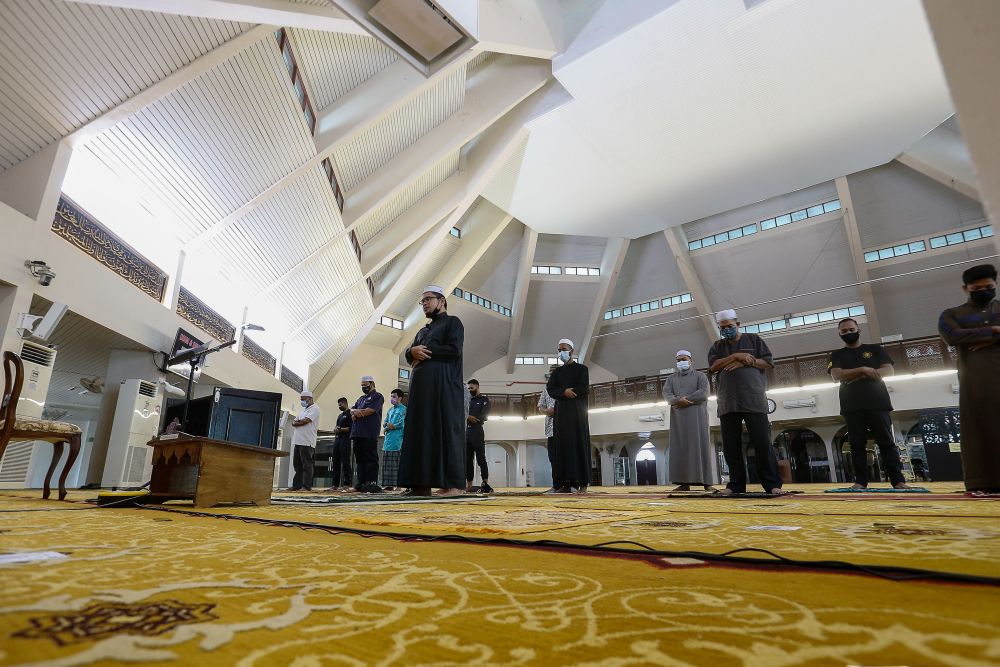 GEORGE TOWN, Sept 17 — Fully vaccinated individuals are allowed to perform congregational obligatory and Friday prayers at mosques and surau throughout the state based on the capacity of the prayer area, beginning tomorrow.

“Those who are partially vaccinated are allowed to perform congregational prayers at mosques and surau according to the previous SOP, namely only 150 congregants for state mosque, kariah mosque (100 people) and surau (50 people).

“Apart from that, mosques or surau management must provide a special prayer area for travellers or e-hailing drivers,” he said in a statement today.

He added that guest khatib was not allowed to deliver the Friday sermon and the call for prayer or Azan would be conducted as per normal practice.

Mohd Zakuan said religious talks should be held on online platforms while the recitation of Surah Yassin and tahlil could be done on the premises only on Friday nights.

He also said that for the time being, any official events, marriage solemnisation or social events were not allowed to be held at mosques or surau in Penang.

“A total of 30 people are allowed to participate in funeral arrangements for non-Covid-19 patients. Visiting of the graves is also allowed,” he added.

According to Mohd Zakuan, the management of mosques and surau needed to set up a monitoring committee to ensure compliance with the SOPs and take prompt action to conduct sanitisation work if Covid-19 cases were reported on the premises.

“All SOPs are applicable to Malaysian citizens and permanent residents aged between 17 and 70. Those aged 71 and above who are healthy are allowed but not encouraged to perform prayers at mosque or surau,” he said. — Bernama