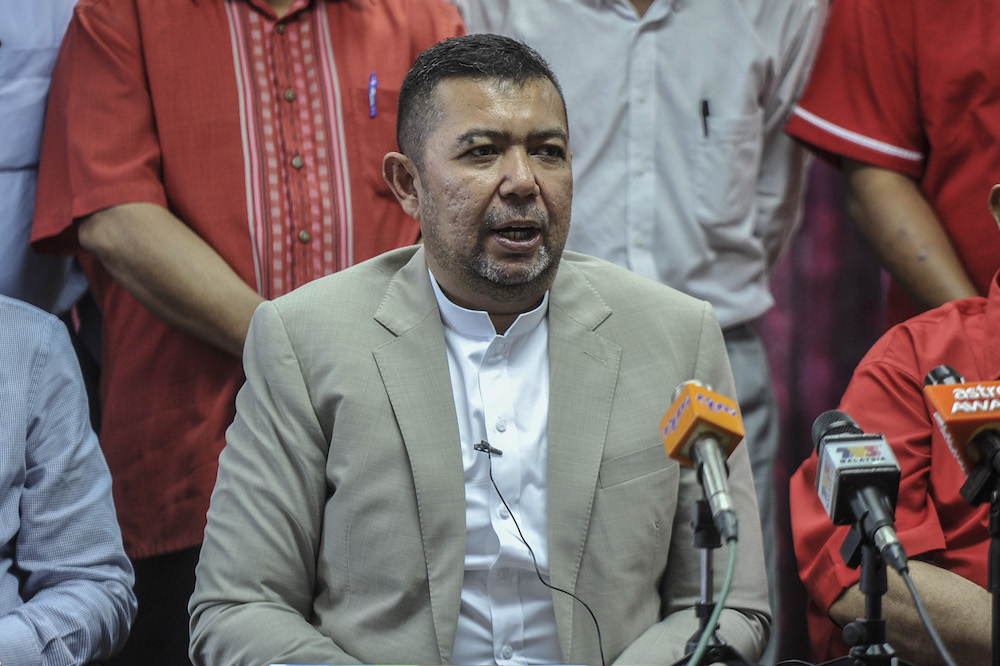 Marzuki said Pejuang would prefer to concentrate its efforts on the 15th General Election. — Picture by Shafwan Zaidon

KUALA LUMPUR, Oct 14 — Parti Pejuang Tanah Air (Pejuang) is unlikely to participate in the Melaka state election precipitated by the recent fall of the state government, its deputy president Datuk Marzuki Yahya said in an interview with Utusan Malaysia.

Marzuki said the party has yet to officially decide on whether or not to run for the state election, but generally it did not agree with the dissolution of the state assembly caused by the withdrawal of support for chief minister Datuk Seri Sulaiman Md Ali by four assemblymen.

As such, he said Pejuang would prefer to concentrate its efforts on the 15th General Election (GE15).

“Although the party hasn’t decided, personally I think it [state elections] will be detrimental to the people of Melaka. Now isn’t the time to be politicking. This is in line with the party’s principle, which is to not side with anyone.

“We are focusing on GE15 and for us, we feel this state election could be disastrous,” Marzuki told the Malay daily.

The Melaka state assembly was dissolved on October 4, paving the way for a statewide election that has to be called within 60 days, unless a state of Emergency is declared like in the case of Sarawak.

The Election Commission will meet to discuss this next Monday.

Marzuki said their actions were selfish as they had not considered the effect of their withdrawal in the current pandemic as well as the high number of daily deaths.

He also told Utusan Malaysia that the Memorandum of Understanding (MoU) signed between Prime Minister Datuk Seri Ismail Sabri Yaakob and the Opposition Pakatan Harapan coalition seems more like a bribe now than anything else.

Marzuki claimed politicians in the lower ranks do not seem to be adhering to the political ceasefire agreed to in the MoU.

“I can’t understand what happened. Seems like the MoU is in place to protect your own self interests but does not holistically address the actions taken by the politicians in the lower ranks.

“Pejuang have always had the stance that the confidence and supply agreement was a form of bribe and this was echoed by the president previously,” he added, referring to Pejuang president Tun Dr Mahathir Mohamad.

Marzuki also said he did not want Malaysia to experience another surge in Covid-19 cases that followed the Sabah state election last September if the Melaka state election proceeds.

“That’s why we have never agreed for Umno to dissolve the Melaka state government. We don’t want another wave of infections that will rise to tens of thousands of cases,” he added.

Marzuki also revealed that Pejuang had met with Idris and Norhizam recently but no formal offer had been made for them to join the party.