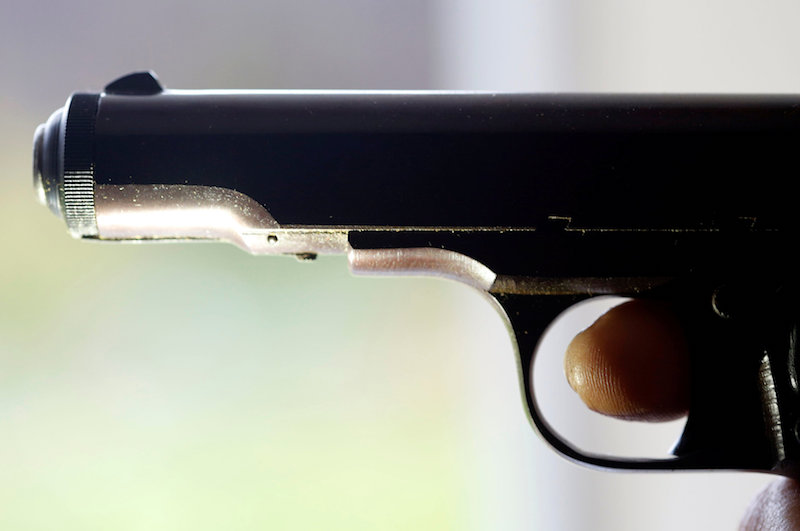 The 14-year-old girl, Valentina Orellana-Peralta, was inadvertently shot dead in a North Hollywood store on December 23 when a police officer opened fire on a man who was bludgeoning another shopper after accosting and menacing several others.

The suspect was killed. But police said one round from the officer’s rifle apparently pierced the wall of a fitting room where the girl was hiding, out of view, with her mother, striking the teenager in the chest. The girl, who had been shopping for a dress, died instantly in her mother’s arms.

“It is like my whole heart has been ripped out of my body,” her father, Juan Pablo Orellana Larenas, said in a statement read by the family’s attorney, Ben Crump, during a news conference outside of Los Angeles Police Department (LAPD) headquarters. “We want justice for our daughter. Valentina’s life mattered.”

The parents wept as they stood next to a wreath with flowers and photographs of their Chilean-born daughter. They wore signs around their necks that read “justice for my daughter” written in both English and Spanish.

The parents and their lawyers did not specify how they would like justice to be served.

The parents described their daughter as an exceptional student who aspired to become an engineer.

“She had great dreams of becoming an American citizen. She wanted to be here in the United States because this was the land of opportunity,” Crump said.

Orellana-Peralta was born and raised in Chile’s capital, Santiago, and came to the United States six months ago with her mother to visit an older sister, the Los Angeles Times reported.

Her mother had been working on documentation to stay in the United States with her daughter permanently.

Store security video released on Monday showed the suspect’s erratic, threatening behaviour after he entered the store with his bicycle, and the pandemonium that ensued as he began attacking customers with a heavy, metal cable lock.

Audio-video footage from several officers’ body-worn cameras showed the final, violent moments of the incident as police arrive on the scene with guns drawn and close in on the suspect, who was bludgeoning a woman.

The policeman nearest the suspect can be heard shouting, “She’s bleeding, she’s bleeding,” just before he rounds a corner and confronts the assailant, as the woman tries to crawl away.

The suspect, holding the bike lock and another large object in his hands, is seen standing with his back to the outside of the fitting room, several steps from the bleeding victim as the officer raises his rifle and fires three shots at him.

The man, identified as Daniel Elena-Lopez, 24, died at the scene. The Los Angeles Times has reported he had several prior felony convictions.

The 14-year-old girl was found shot to death shortly afterward in the dressing room as police searched the store for any additional victims, police said. The woman beaten with the cable lock was taken to a local hospital and survived.

The officer who fired the shots has been placed on administrative leave pending the investigation, police said. – Reuters