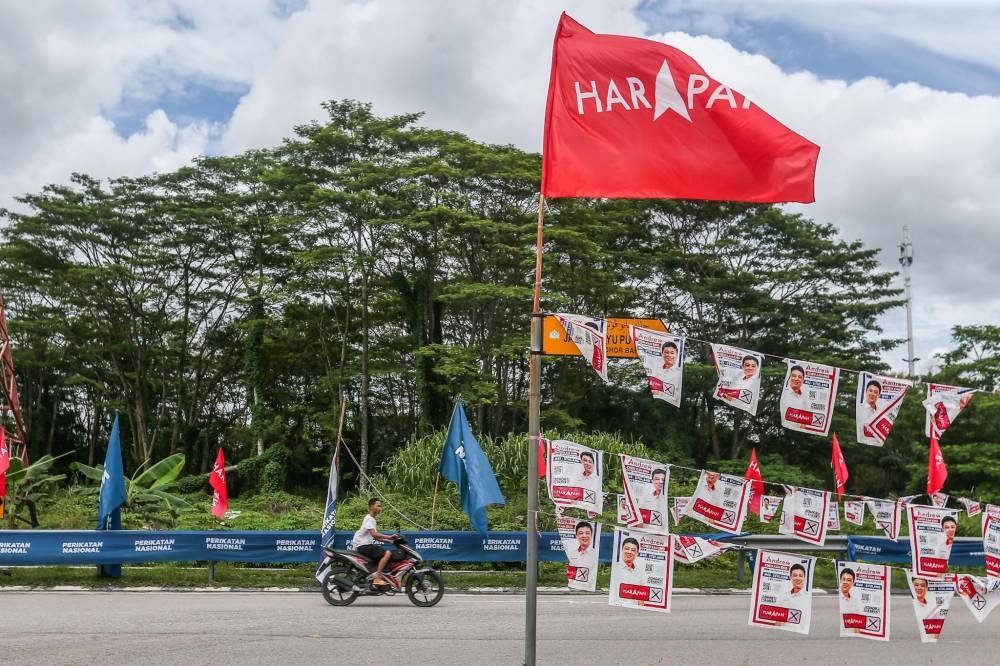 KUALA LUMPUR, Oct 12 — Pakatan Harapan (PH) could be at a disadvantage if it chose to hold state and national elections separately in Penang, Selangor and Negri Sembilan which it controls, insiders acknowledged.

Several unnamed PH leaders told The Star that holding state polls after the 15th general election could even lead to the coalition losing those three states as the Barisan Nasional (BN) coalition would be able to concentrate its mighty machinery instead of being spread out thin.

They added that outstation voters may also not return just for the state polls if it were separated.

“With so many parties in the fray this time around, Barisan Nasional is the huge favourite to win GE15.

“If the three states hold their polls next year, they will not only have to face the state Barisan but the entire election machinery from the federal level,” one PKR leader was quoted saying.

He reportedly added that it would not be prudent to hold the polls separately in Negri Sembilan as PKR is currently not at its strongest there.

The same PKR leader indicated that the Negri Sembilan state legislature might go for dissolution after its October 17 sitting.

“If we hold the polls separately, we are going to suffer the same fate as we did in Melaka and Johor.

“We cannot afford another beating as this would make us irrelevant,” he was quoted as saying, citing BN’s sweeping victory in the Melaka and Johor state elections held last November and March respectively.

“Whether you like it or not, they have the funds and a huge election machinery.

“If Negri sits it out, we are going to be sitting ducks next year as Barisan, which most likely would already be the Federal Government, will be able to mobilise its machinery to the three states,” the second source was quoted as saying.

The Negri Sembilan PKR insider said PH could work public sentiment on the monsoon polls to turn voters against the Umno-led BN coalition that had been demanding early elections despite repeated warnings of the dangers from various groups.

“What makes you think the voters, especially those living far from home, will come back to vote again at the state polls next year?

“The most sensible thing to do is to hold the state polls simultaneously,” the state PKR leader was quoted saying.

A state DAP leader told The Star that separate polls could work in PH’s favour only if the PAS-led governments of Kedah, Kelantan and Terengganu also agree to dissolve their state assemblies at the same time.

“There have been brainstorming sessions on this, and we have looked at several scenarios.

“Since Pakatan has been against holding GE15 this year, we will not be very much at a disadvantage if our three states and the three PAS states agree to hold state polls at the same time next year.

“Barisan will then have to divide its manpower and this will reduce its influence,” the DAP insider was quoted as saying.

The party had reportedly been shaken by the decision of Selangor Mentri Besar Datuk Seri Amirudin Shari to not give five party assemblymen senior positions in the state PKR line-up.

Last night, DAP secretary-general Anthony Loke said that Penang DAP has asked the party’s central leadership to review the decision not to dissolve the state assembly along with Parliament and will bring the matter to the PH presidential council meeting tonight.

Earlier yesterday, Amirudin confirmed that there would be no state election for Selangor this year after an audience with the Sultan of Selangor, who had given his royal consent for the state legislative assembly to continue operating as is instead of going for a dissolution similar to Parliament.